Scallops are amazing and very much worth their high price tag. Even so, very often we don’t even notice something’s missing from our delicious scallops: the roe !

Yes, scallops have roe, and it’s very good. You can use it as you would use any other roe in a recipe.

Here’s a closer look at what scallop roe really are. 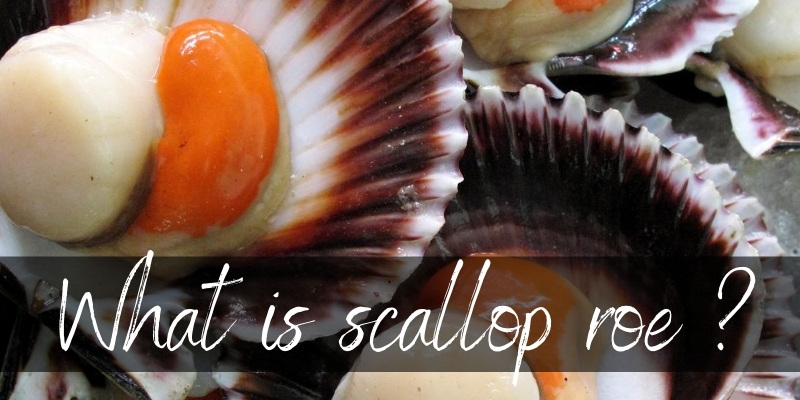 Table Of Content show
1 What is scallop roe ?
2 Can you eat scallop roe ?
2.1 What does scallop roe look like ?
3 Removing roe from scallops
4 Scallop roe is actually delicious
5 How to cook scallops with the roe on
5.1 Taramasalata is an amazing Greek roe dip

What is scallop roe ?

Scallops are hermaphrodites – both male and female at the same time. This is why you will see two colors on the roe, one orange and one rather grey or off-white.

In truth, only the orange part is the roe – the female part. The grey part is actually called milt, the male reproductive organ in scallops.

Despite being inaccurate, ‘roe’ is the common term for both organs. This is because they’re right next to each other, and look as if they’re the same, single organ.

Can you eat scallop roe ?

Yes, you can eat scallop roe. It’s actually a very delicate and flavorful part of the scallops.

Some claim scallops taste better with the roe on. This is because roe deteriorates much faster than the rest of the scallop.

So fresh roe means the whole scallop is fresh, which is going to be a very delicious scallop indeed.

As you know, scallops are quite expensive and this is largely due to the way they’re harvested.

And once harvested, they can be either left with the roe on, or the roe may be removed. We’ll touch on roeless scallops in a bit.

Until then, let’s settle one thing.

All roe is edible, be it from mussels or fish or grab. Sometimes the roe is removed and never makes it to your plate.

But it’s there and it’s delicious, and there are definitely recipes you can use to take advantage of that great scallop roe ! 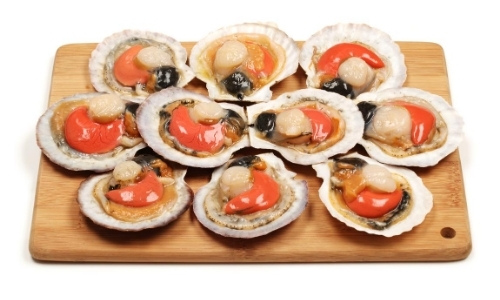 Scallop roe is very hard to miss, but it you’ve never had it on your plate you can’t imagine it.

The roe is very large, as large as the scallop itself and sometimes even larger. It grows bigger as the mating season draws close.

In terms of texture they’re kind of like livers. Very soft, and neatly contained in a thin sac or membrane.

The orange side, much larger, is the female side. The lighter, off-white, or grey side is the male part.

The roe goes around half the scallop, kind of like a half-moon.

Flavor aside, some folks dislike the way it looks, while some don’t see a problem with it.

Still, if you’d like to remove the roe, know that most of the time scallops come with the roe cut off as soon as they’re harvested.

Some chefs remove the roe for presentation purposes. It does not make the scallops taste better.

What it does is make the scallops look better, at least from a new-age presentation standpoint.

You see, when plating a nice meal, presentation is everything. As it happens, the roe doesn’t look the most appetizing. At least not by fine dining standards.

So nearly every time, the roe is removed from the scallop. Sometimes it’s discarded, sometimes it’s kept safe and fresh to use for another recipe.

The roe can simply be cut off from the scallop. Be very careful and do this with a sharp, thin knife. If you puncture the membrane roe may seep out, and it’d be a waste if you want to use them for something else. 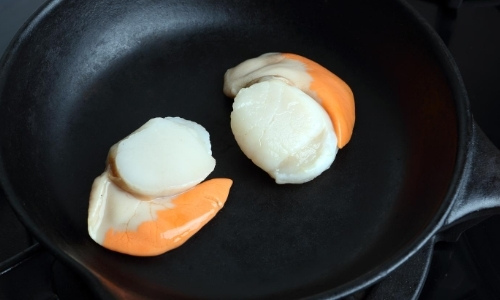 There are a couple of ways you can use scallop roe, and they’re both delicious.

One is very easy and requires minimal effort on your part.

The other is more complicated but is definitely going to impress guests, and offer a possible new favorite dip !

How to cook scallops with the roe on

The simplest way to use scallop roe is to simply not cut them off during preparation.

You need live scallops for this, only because they need to be very very fresh.

Open the shells and remove everything, including the scallop and roe, but try to keep those two connected.

Pan-sear them on a screaming hot skillet for 2 minutes on each side. Here’s where most folks falter: will the roe cook faster or slower than the scallops ? 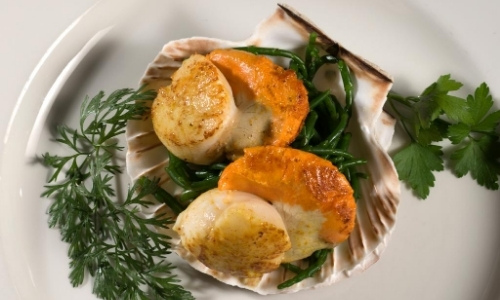 They usually cook just as fast as the scallops, but one thing you need to remember is that they’re different.

Different in color, composition, and texture. You can’t judge the same way.

So the roe will firm up, but still remain light because they’re not as dense as the scallops.

But they will cook well enough, don’t worry. Scallops and their roe are a lot like beef. They need a good sear on the outside, with an undercooked interior.

This is a very nice dip or spread you can make with roe. That can be scallop roe or fish roe, and it’s similar to caviar.

Well, it’s similar to caviar in that it resembles the flavor: briny and fresh, with a couple of tweaks.

Taramasalata isn’t the easiest to make, because it might not thicken if done wrong. I recommend you go look at a few recipes for this amazing Greek fish roe dip, but here’s the gist of what happens.

You need roe, very very fresh roe. You will also need a type of oil (commonly olive oil), lemon juice, salt, a starchy base like mashed potatoes or bread. 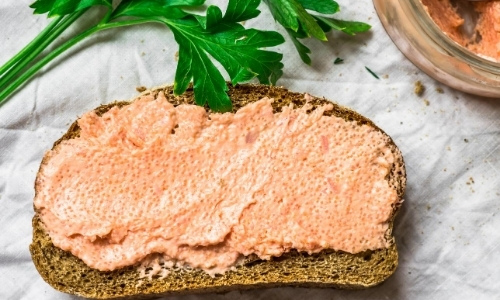 Other ingredients like garlic, onions, and spring onions are also added in varying amounts according to the cook’s preference.

All of these are mixed, either with a mortar and pestle or with a blender, so that a thick, creamy mayo-like consistency is obtained.

The exact process is very specific, so don’t go off on your own without a very good recipe !

In short, scallop roe isn’t meant to be thrown away. It can be delicious and a real treat for some folks.

It’s true you won’t find roe-on scallops in America very often, but if you look hard enough in imported fish markets, you might just find a few.