Fig season is far from us right now, in fact it’s just ended a couple of months ago. As an avid fig lover, you may be wondering just when are figs in season, so you can get your hands on sweet, plump figs.

Well it turns out fig season isn’t as pitifully short as other fruits or vegetables. Even so, you may have to resort to dried frigs more often than not. So let’s see when figs are in season. 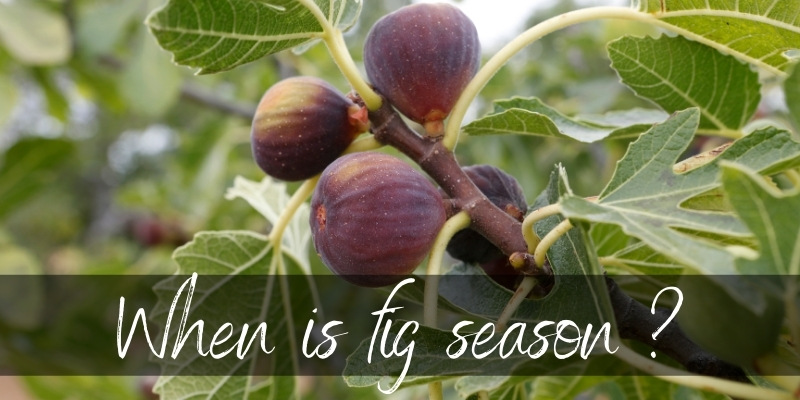 Table Of Content show
1 When are figs in season?
1.1 California figs
1.2 Some figs ripen faster
1.3 Figs are better later in the season
2 Most countries have to import figs
3 How to store figs so they last longer
3.1 Store figs on the counter
3.2 Store figs in the fridge
3.3 Store figs in the freezer
3.4 Can your figs
3.5 Make fig jam

When are figs in season?

Figs are in season from late spring to late summer, though you can still find imported figs in early fall. Depending on your location figs could be domestic or imported.

Most countries have to import their figs, so the season is according to the exporting countries. Those countries are Turkey, Egypt, Morocco, Algeria, Iran and Spain. In those places high summer is very hot, so expect to see less in stores around July and early August.

If you’re from America you’re likely getting California figs, also known as Calimyrna. Their season is just a little longer, and this means that you can find them in the beginning of fall too. 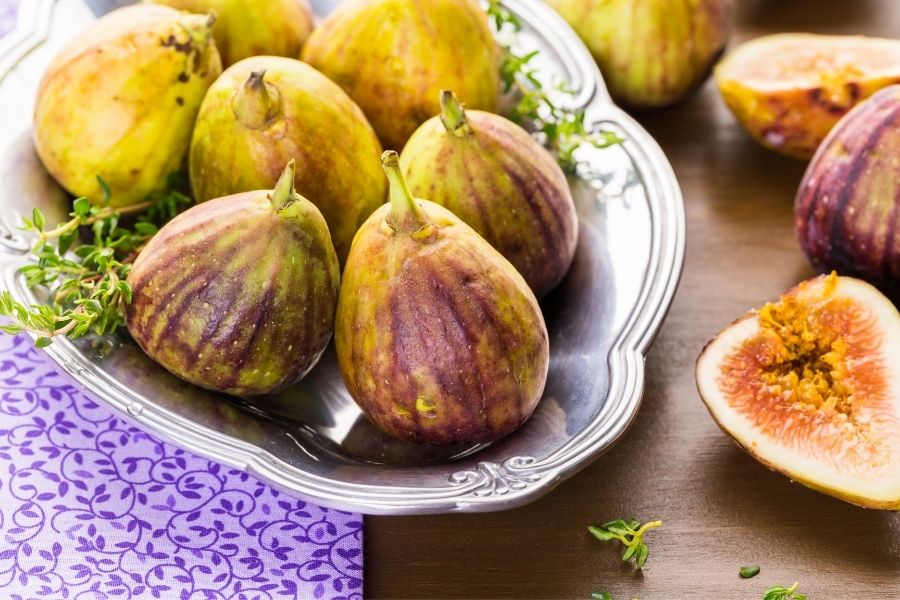 No matter where you’re from some fig types will ripen faster than others. The first is the Black mission fig, which is also the sweetest. By the time summer rolls around, the Brown Turkey is already available.

Calimyrna is the last to fruit, which is why you may find figs for longer in America. They import some figs early on, and then rely on their domestic production.

Read also: Why Are Figs So Expensive ?

Figs are better later in the season

As mentioned figs have a long-ish season. Interestingly enough the end of the season is better. It produces sweeter, juicier figs and these are always the best ones.

You can notice this difference in Black Mission figs too. It mostly has to do with the amount of heat the figs were exposed to.

Most countries have to import figs

Because most countries don’t grow their own figs (climate), they have to import them. Meaning that the amount of figs they can import is limited.

Figs don’t last more than a few days when picked, and they spoil very easily during transport. You have a higher chance if finding fresh figs if you like in a fig-producing country, or are bordering one.

So what happens is figs are often sold dried, like raisins. This way the can keep for much longer, and don’t spoil during transport. Their value is lowered, because they’re not fresh fruit anymore.

Even so, they’re great to use instead of fresh figs. This is a common problem actually, when a recipe calls for fresh figs and there aren’t any available.

You can easily soak a few dried figs in scalding water for a couple of hours, making sure to cover the pot. They won’t look as great as fresh, but they will have that great, sweet flavor you’re looking for.

How to store figs so they last longer

You’ve found fresh figs, excellent ! Not only are they pricy, but they won’t last long. So how to you make the figs you have last for longer ? Well there are a few ideas you could try. Remember to pick a long-term storage option too, because you might want to have some figs in winter too.

Store figs on the counter

You’re most likely going to buy figs that need just a bit more time to ripen. That’s okay, just leave them on the counter for a couple of days, No matter what fig type you’ve got, your fig should wrinkle a little and get a bit saggy.

We know, it’s not the most delicious description. But it’s what you’re supposed to be looking for. If after a couple of days it’s still not done,  give it a few more days or keep it for another da in a paper bag.

Store figs in the fridge

Figs can keep in the fridge for up to 2 weeks, a long as you’ve got a veggie crisper drawer or can wrap them loosely in plastic wrap. That being said, we recommend letting the figs sit on the counter until they ripen and only then placing them in the fridge.

Store figs in the freezer

Only freeze figs if they’re already ripe. Underripe figs won’t taste all that sweet, and they won’t ripen after thawing. When freezing figs, you have two options.

You can freeze them whole, as they’re fairly small and squishy. Or you can cut them into 4 pieces and freeze like that. Depending on what you’re planning to make with those figs, it could be better to cut them before you freeze. This will also make thawing the figs much easier.

As with frozen anything, the figs can last up to 12 months, but we recommend you use them way before that.

You also have the option of canning your figs. Canned figs are just like any other canned fruit. You need to cut them into at least two pieces, get some clean jars, and make a sugar syrup.

Keep in mind that figs are fairly sweet on their own, especially the ripe ones, so don’t overdo the syrup. Put the sliced figs in the empty jars, make sure the jars are warm. Pour the scalding syrup over the figs, making sure to leave an inch of headspace.

Put the lid on, and let cool. Store in a cool, dry place like a cold pantry for up to 24 months. 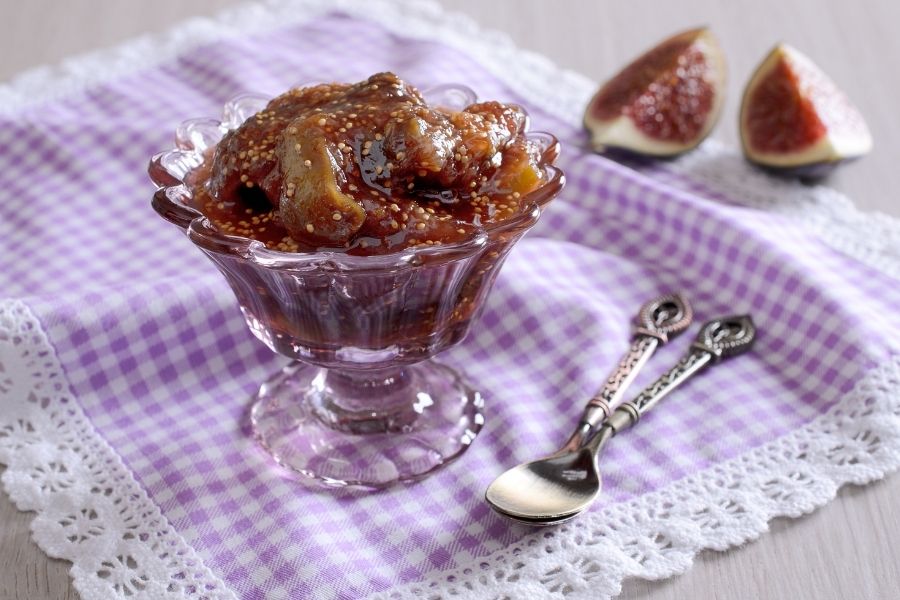 It can last for 24 months, like the canned figs. And if you’re making fig jam and know you really love to use fig filling for savory items, make a less sweet batch.

In short, figs are really amazing and are in season long enough that everyone can get their hands on a couple of them. The price may not be very friendly, but at least you can get dried figs for much less, and hydrate them at home.