Do you absolutely love olives but can’t really handle all that salt ? Understandable, lots of people find olives way too salty, especially green and kalamata olives. It seems black olives are the mildest around, and you can often find them in low sodium versions.

But what if your favorites are green olives ? Why are they so salty, and is there anything you can do about it ? Well as it turns out there’s a very reasonable explanation for all that salt, and yes, you can do something about it! Take a look. 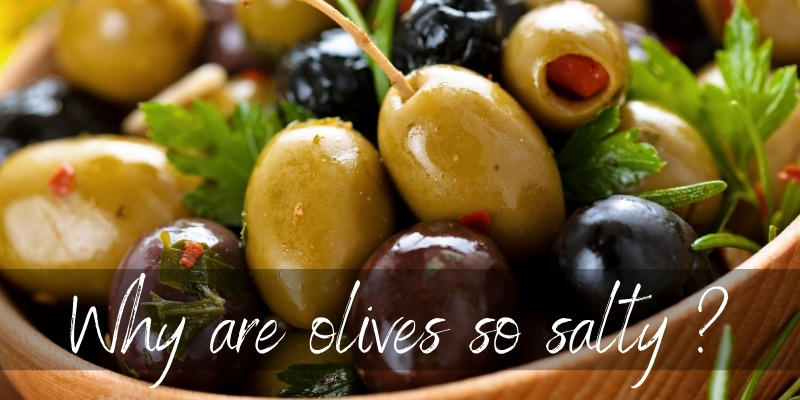 Table Of Content show
1 Why are olives so salty ?
1.1 Olives need brining or lye to be edible
2 How to fix overly salty olives
3 Is the salt in olives bad for you ?
4 Should you wash olives ?
5 Is there anything you can do about the bitterness ?

Why are olives so salty ?

Olives are very salty because they need to be cured in a brine mixture. This removes most of the bitterness naturally found in fresh, raw olives. The result is very salty, slightly bitter and slightly sour olive. For most folks, the combination is very pleasant and it’s hard to stop eating olives.

Still, for those who need to cut back on salt or simply don’t like that much salt in their food, there’s a way to remove the majority of it. We’ll get to explaining that in a minute. First, let’s explain why olives need to be cured in a brine, of all things.

Olives need brining or lye to be edible

Fresh, raw olives are amazingly bitter. So bitter you can’t even eat a whole olive. You can trust Greeks and Romans from thousands of years ago, they discovered that first.

So why are olives so bitter ? They contain a compound called oleuropein, and it can make up to 14% of an olive’s total weight ! So the original idea was to soak the fresh olives in water to draw all the bitterness out. Chance the water and draw more out, until they’re edible. The only problem is this takes a very long time, so salt was added to the water.

Brine works much faster, as it breaks down the cell walls and allows for fermentation, much like pickles and sauerkraut. This method is possibly the most common, and is heavily used for green and kalamata olives. If you’re not sure what kalamata olives are, they’re the reddish, long ones that are extra salty and delicious.

After a while it was discovered that a small amount of lye also works to remove and break down oleuropein. That being said, most olives are cured with salt or a brine solution and left to ferment.

Green and kalamata olives are always treated this way, while black olives are often treated with lye.

How to fix overly salty olives

Okay, now what can you do about those salty, salty olives ? The best method is to let them sit in cold, fresh water for a few hours. How many hours depends on how salty the olives were, originally, and how salty you’d like them to be.

This can take anywhere from 2 hours to 24, depending on how the olives start out and what you’d like them to taste at the end. Keep in mind that this also reduces bitterness and sourness in olives, so it effectively removes a portion of the flavor.

Is the salt in olives bad for you ?

The salt in olives can be bad for you if you’re eating them alongside very salty foods, and generally eat a lot of salt. A handful of salty olives now and then will not cause harm, but continuously eating jars of salty olives day in and day out can lead to high blood pressure.

If you know you’re on a low sodium diet, or your doctor recommends to cut back on sodium, then the salt in olives isn’t helping. You can always remove it with that cold water soak we talked about earlier.

All that being said, eating salty olives every now and then is about as dangerous as eating any salty snack. It’s fine if it’s a rare treat, it’s bad if it’s something you do every day.

Should you wash olives ?

You may be wondering if you should wash olives, especially if you’re uneasy about them being treated with lye. Look, all olives are treated with one thing or another and they’re fine, even the lye ones.

You can wash them if you like, but only wash the ones you’re going to use immediately. So if you drain and wash an entire jar of olives, then only eat a few of them, they will go bad very quickly.

There’s something important happening: you’re introducing new bacteria, and now it can grow because there isn’t a brine to keep them at bay. It’s best to only wash a few at a time.

And yes, rinsing them in cold water can remove some of the salt on the outer surface. It won’t draw out a lot of salt, but it will rinse some of it off. 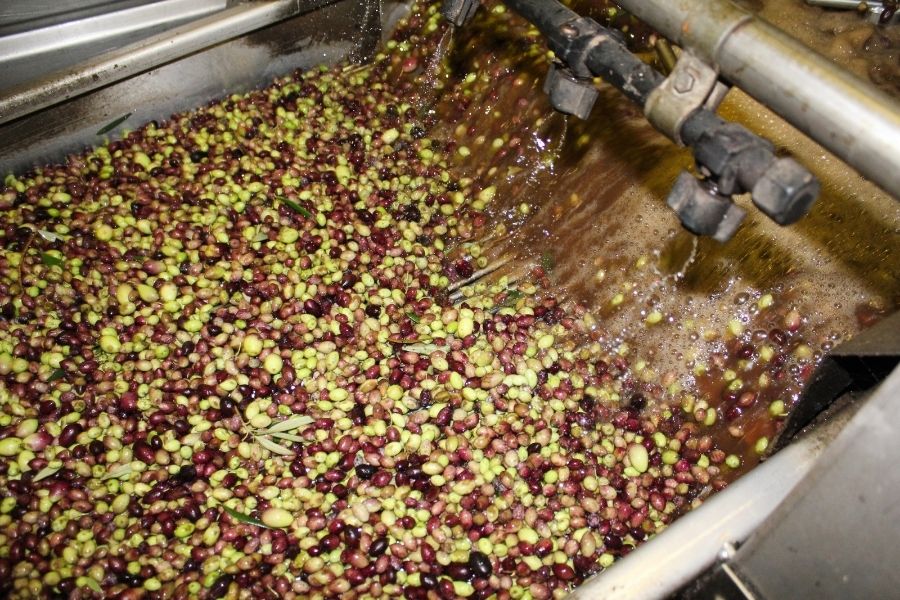 Read Also: Should Olives Be Refrigerated ?

Is there anything you can do about the bitterness ?

As olives are naturally bitter, there’s not much you can do. When they’re available to the public, as processed, fermented olives, they’re already edible. All the bitterness that could be drawn out is already out.

You can try a few things though. You can use that cold water soak, which will draw out salt and maybe a bit of bitterness. Results may vary, as every olive is different.

Or you could opt for black olives, which are the least salty and bitter of all olives. If you’re in love with the tang of a green olive, consider adding some lemon juice or a dash of vinegar to black olives.

And that’s about it. Salty olives are salty because they need to be way less bitter. It’s a bit of a trade-off, really. If you’re feeling the salt too much, try the cold water soak. It’s also useful for white cheeses that are too salty, pickles, anything.