Shrimp is possibly one of the most widely-consumed seafood types in the world. They’re not overly fishy in flavor, and they’re very easy to cook, it only takes a few minutes in a hot skillet.

Still, shrimp seems to be pretty expensive and this often deters folks from even trying it out. And we’re talking about raw, seafood aisle shrimp. Shrimp-based dishes are always going to cost extra. So let’s take a look at why shrimp has such a high price. 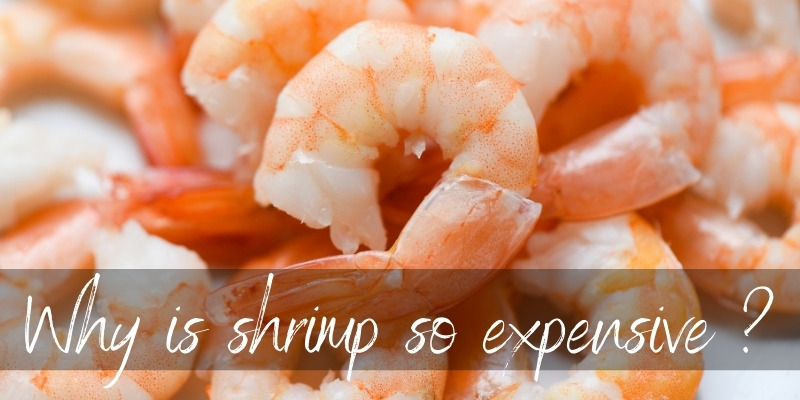 Why is shrimp so expensive ?

Shrimp is expensive due to a combination of early mortality rate, poor farming methods, disease, and simply because seafood (including shellfish) goes bad very quickly. It needs to be transported immediately after harvest, in very cold containers, and sold off just as quick.

The main reason is simply the way shrimp are farmed, because this leads to them dying very often. We’ll explain that in a minute, but until then know that the price for shrimp fluctuates according to a few factors. First, there’s the disease factor. Every decade or so, production drops significantly due to a disease outbreak. This raises the overall shrimp price.

Second, where you live will impact how much the shrimp will cost. If you live very far inland, even frozen shrimp might be expensive, simply because it needs to be transported so far.

And third, the size of the shrimp matters. Larger shrimp is more expensive than smaller shrimp, simply because they’re easier to work with, and they come from very well maintained shrimp farms. Since some shrimp die very young, finding large enough ones to harvest as jumbo or colossal shrimp means the farm is very well managed, which often sells at high prices.

Actually, let’s explore that first, because the way the farms are kept dictates a shrimp’s life expectancy.

Shrimp often comes from aquaculture, meaning simply that they’re not harvested in the wild, but farmed inland in ponds. Now, those ponds need to be fed clean ocean water, they need to avoid being overcrowded, need a very good waste disposal system, and so on.

In fact, as shrimp grow from egg to larvae and then to adult shrimps, they go through a cycle. When a cycle is complete, the ponds are harvested completely and the leftover waste need to be cleaned off. This study actually explains and helps you understand just why and how farm management is crucial to a shrimp’s life expectancy.

Alright, let’s start with how crowded the farms usually are. They’re something along the lines of 50-100 young shrimp per square meter. The ponds aren’t particularly large, but at least the shrimp grow very quickly. The cycles are usually around 100 days long.

An overcrowded shrimp pond means disease is easier to spread, and the shrimp are actually stressed most of the time. Like humans, shrimp react to stress and their health rapidly deteriorates.

This leads to young shrimp dying off quickly, before they can be harvested. If they do survive and the pond gets too crowded, the farmers need to harvest very early. These are small shrimp, sold cheap, and no one wins in this scenario. 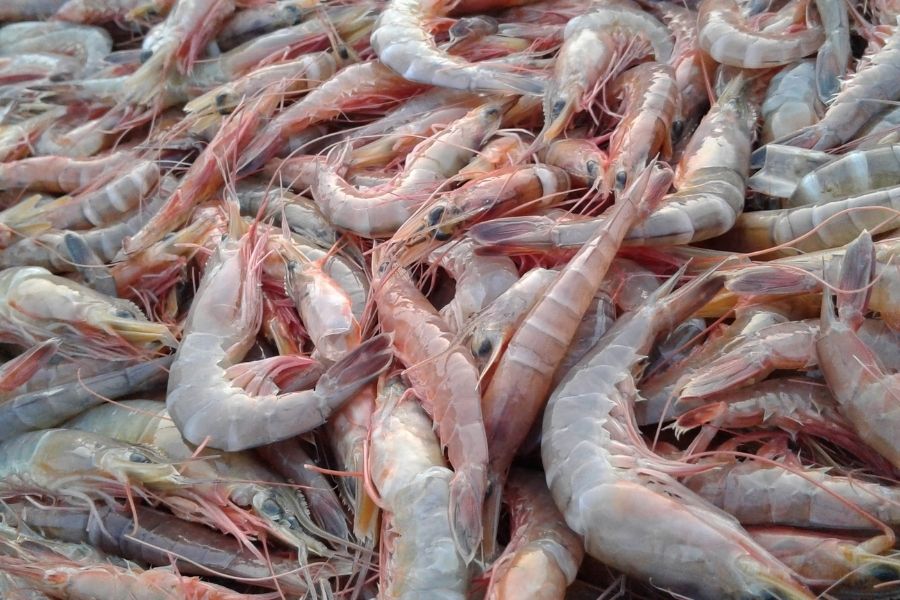 Read also: Why Are Scallops So Expensive ?

A crowded farm means lots of food, and lots of shrimp waste. Shrimp poo. If it’s not cleaned often enough, it will actually settle and sediment on the bottom of the pond. It becomes toxic, which poisons the water and again, the shrimp die off when young.

This means the water need to be circulated in and out of the pond, to provide clean water. How this is done is still an entire debate. Some argue that an open water system is better, some that a closed water system is safer.

An open water system is cheaper, and draws water directly from the ocean. Nets and filters are used to make sure no fish or other crustaceans end up in the pond, with the shrimp. The used water is them pumped into the ocean, near the coastline.

The problem is, there are so many actual, physical farms that the coastlines can’t regenerate the clean water the farms need. So unclean, slightly toxic water is pumped into the shrimp farms, as a result.

Yet another problem of open water system is that many farms share the same water source. So a diseased shrimp farm will pump out its water into the coast, from which other farms also draw water, and the disease spreads.

Farmers rely on shrimp for income

You might be wondering why the farms are managed like that. Not all farms are like that, in fact more and more shrimp farms are getting better at stocking and keeping a safe number of shrimp.

But in areas where shrimp is the main source of income for lots of people, the farmers usually opt for the cheaper management methods, even if it often leads to shrimp dying young or harvesting very early.

Closed water systems mean treating the water on-site, which most farmers can’t afford and/or their land doesn’t have room for such a unit.

2. Shrimp is seafood, expensive by default

Aside form the overcrowded shrimp farms that lead to shrimp dying off quickly, there’s also the fact that shrimp is seafood. And all seafood is expensive, by default. This is because seafood goes off incredibly quickly, for several reasons.

In the case of shrimp, they need to be transported immediately after harvesting, and kept in a cool place. This is extra fees, and you’ll only get relatively cheap shrimp in coastal regions.

3. Shrimps can get WSSV, wiping out entire shrimp farms

Remember the crowded farms that can quickly spread disease ? The biggest thread is the White Spot Syndrome Virus, which can wipe out entire farms in a matter of days.

A closer water system is safer, form the point of view. Even if just one farm is somehow infected, it won’t spread to other farms. The virus moves incredibly quickly from one host to another, and it’s also present in wild shrimp.

Now, eating shrimp that’s been infected with WSSV is not harmful to humans, as the virus cannot use humans as a host. But you will never see such shrimp for sale anyway. The shrimp end up infected when very young (usually), and they don’t even reach a minimum harvesting size.

This is a big problem for shrimp farmers, as there is no treatment, the only option is to try and avoid infections. And so, this too increases the overall cost of shrimp. There’s always a markup for eventual losses, to cover the farmer’s expenses.

If what you’re looking at is a shrimp-based dish, like shrimp scampi, or shrimp kung pao, or even just something seafood-based, it will always be more expensive.

The overall price of the dish has to pay the base ingredients, the chef, the establishment, and then make some actual profit. As shrimp can get pretty expensive to buy, the dish price will reflect that.

You may be wondering if you can get a better deal by buying your own shrimp from the local seafood market. Well yes, raw shrimp si always going to be cheaper, if it’s near the water.

This means the shrimp is fresh, and was caught that very day. If you’re looking at fresh shrimp at a supermarket, look closer. Those are frozen shrimp that were thawed, it should be stated on their label.

In which case no, you won’t get a cheaper deal. Those are the same price as frozen shrimp. Why ? Well, fresh shrimp is whole. Heads-on, tails-on, maybe pre-cooked. This is cheap and easy, and means you have to go home and remove the shells, heads, tails, and maybe the vein.

Seafood companies know this and price these shrimp cheaper, as opposed to pre-cooked, shelled and tail-off shrimp.

Read Also: Why Is My Shrimp White ?

Why are large shrimp more expensive ?

Not only that, but a large shrimp is proof of a very good farm management, and this will always be more expensive. Farmers sell these shrimp at a higher price, and it reflects their investment in the farm equipment, the water treating site, possibly a closed water system, and a good pond-cleaning method.

And that’s about it when it comes to shrimp. These little guys are expensive because they lead a pretty sad, crowded life that often leads to early death rates. Those losses have to be covered somehow, and keep in mind that most shrimp you find is already shelled and pre-cooked.