Almond milk is one those amazing milk alternatives that makes whatever you’re eating or drinking that much more delicious. It goes with pretty much anything, and makes nutty sweets even better !

You may have noticed almond milk is double or almost triple the price of dairy milk. Which sounds a bit weird, because it’s usually animal products that are more expensive. What with keeping them safe and edible, processing and transport, etc.

But why almond milk, what’s so special about it ? Today we’ll find out just what makes almond milk so expensive, and take a look at how it’s made. 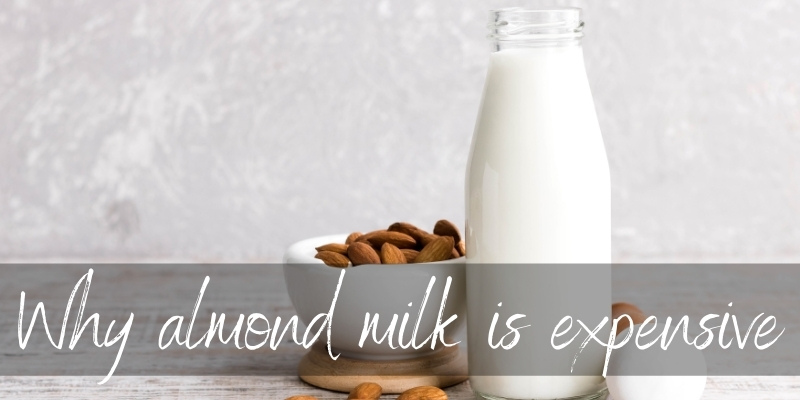 Table Of Content show
1 Why is almond milk so expensive ?
2 Almonds could be sold as-is, instead are used for milk
3 Almond milk takes some work to produce
3.1 What happens to the almond meal ?
4 Almond milk is a premium, trendy milk
5 How is almond milk made ?
6 Is there a cheaper plant or nut substitute ?

Why is almond milk so expensive ?

Almond milk is expensive because the almonds used for milk could otherwise be sold as nuts, so the cost must be covered. Another reason is that the production process of almond milk has several steps, and there are people that have to supervise those steps.

Then there’s almond milk being love by vegans, vegetarians, lactose intolerant people, and those who just love almonds. That’s a specific market type, and it often overlaps with the folks that would happily buy something if it benefited their health.

In short almond milk is seen as a premium food item, compared to regular dairy milk. This is reflected in the price tag, and the consumers have noticed.

Now let’s discuss each of these reasons in detail, so we can really understand what’s going on.

Almonds could be sold as-is, instead are used for milk

Because of the way nuts work, almonds don’t grow very easily. It takes a few years for an almond tree to produce almonds, and this is a cost that has to be covered by almond farmers.

There’s at least three markups between the actual almonds and the milk in your glass. This adds to the final price until you get a non-dairy milk that’s 2 or 3 times more expensive than dairy milk.

The brands you buy play a huge role too. Comparing the cheapest, store-brand dairy milk with a high end almond milk can get you a price 4 times higher in some cases.

Aside from the profit companies have to make, there’s also the fact that almond milk really has to be made. The almonds can’t be milked like cows or sheep, but instead have to be soaked in water, blended with water, strained, and then stabilized.

If you’re buying sweetened or flavored almond milk those will cost a buck or two extra. 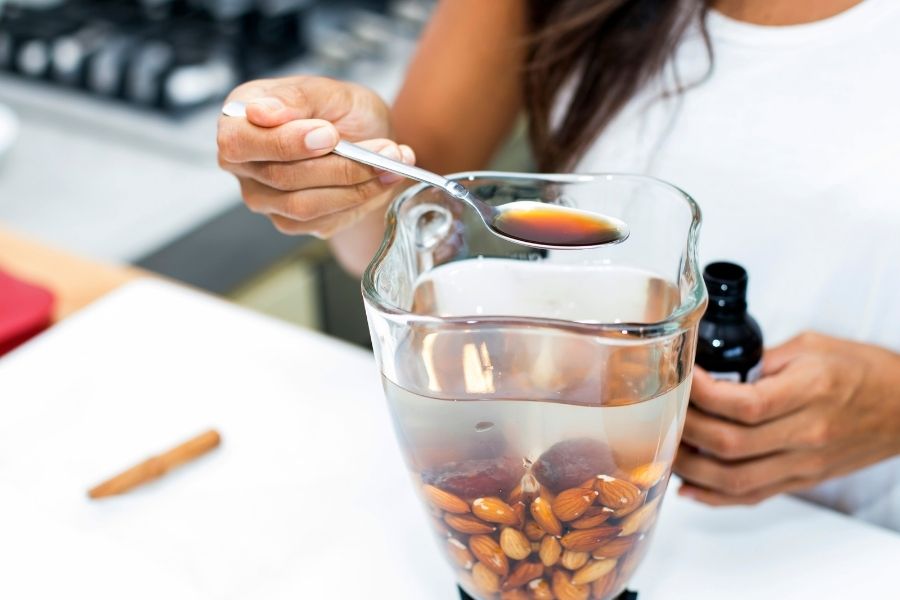 What happens to the almond meal ?

When almond milk is made, the almonds are ground into a fine paste, along with water. The mix is then strained and the result is the almond milk you know and love.

The leftover paste is then use two ways. It’s either turned into an almond spread, or dried out and sold as almond meal (used for macarons).

Read also: Why Are Cherries So Expensive ?

Perhaps the biggest price factor, almond milk is a very popular milk alternative. Maybe you really can’t drink milk because you’re allergic, or you’re vegan or vegetarian and this option aligns with your views, or maybe you just love almonds. 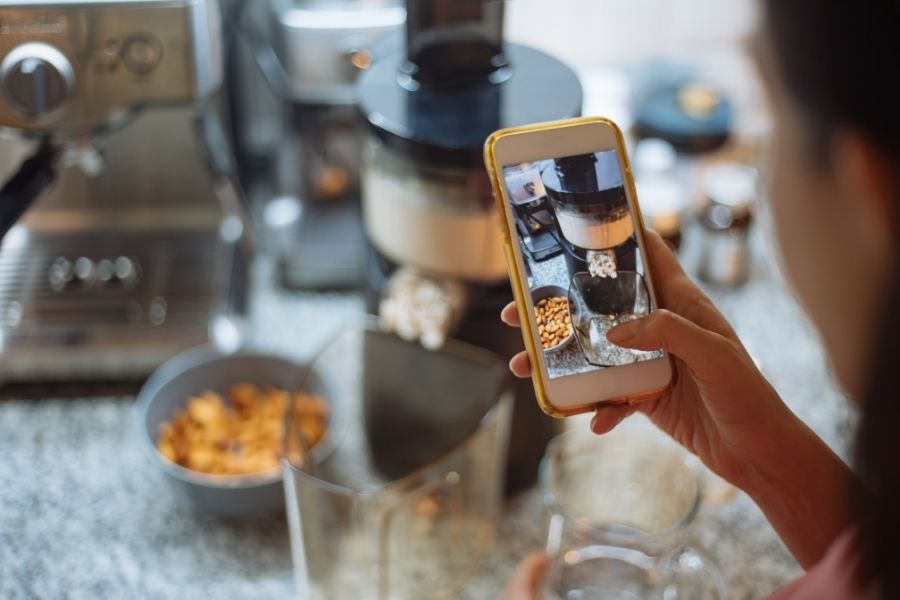 Whatever the case, you’re (apparently) in a demographic that is now highly targeted by ads for health foods, health supplements, eco-friendly companies and the like.

It just so happens that the majority of almond milk lovers are millennials. The age group that can or is willing to adjust their budgets to accommodate a pricy milk alternative, and companies take advantage of this.

This raises the price of almond milk, because it’s a premium food item. Right up there with avocado, wheat sprouts, gluten free pasta, and probiotics. Healthy foods and drinks have become a sort of trend, and the price reflects that.

How is almond milk made ?

Maybe you’re curious how almond milk is made so you know what your money pays for. Or maybe you want to make your own almond milk at home.

In any case, the process is fairly simple, but it has a few steps you really need to care for. You’ll need:

Soak all the almonds in fresh, cold water overnight. The next morning, rinse them, add them to a blender and add some water to cover them. Now is also the time to add salt and whatever flavoring you like, including sugar. Put the lid on and blitz them for about 2 minutes.

Add more water if you think they need it. Strain the mixture through a cheese cloth, and squeeze the living daylights out of that paste.

Again, if the milk seems too thick you can water it down. We like it a little thicker, so we usually don’t add that much water. As for the almond paste, let it dry out in a thin layer in a sheet pan. You can do this in a warm oven, just be careful not to burn it.

Is there a cheaper plant or nut substitute ?

Not particularly, no. The trouble is that plant and nut milks are both more expensive that dairy milk. It’s mostly due to the reasons we explained above, so even if you were to find a cheaper milk alternative it’d still be more than dairy milk.

For this reason we think it’s not really worth switching from almond milk if you really like it. Your best option is to look for a cheaper version of almond milk, maybe form a different brand.