Ah fruitcake. The butt of every holiday joke, and the bane of everyone ever. But it wasn’t always like this, you know. There was a time when fruitcake was it. It was the best, most delicious thing in the world, and the holidays were a perfect excuse to make one.

Granted, it was back when fridges weren’t a thing and keeping food edible for a long time was a small miracle. Think 1700s nd earlier. So fruitcake was kind of the most badass dessert to ever grace anyone’s table, when you look at the context.

So why is it now the food equivalent to the ugly Christmas sweater ? Well, its selling point is its downfall. 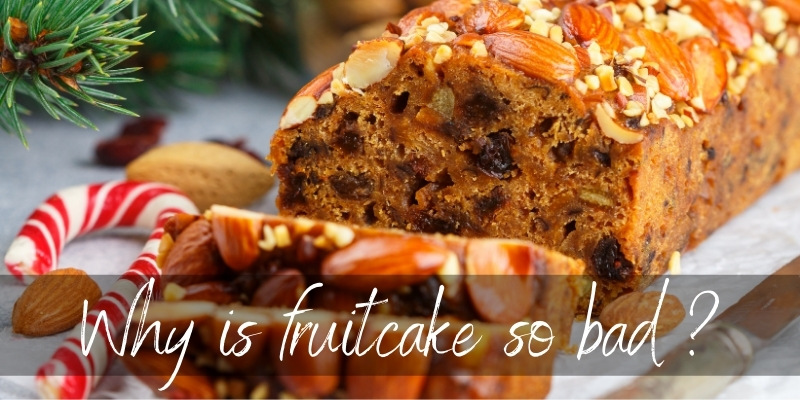 Table Of Content show
1 Why is fruitcake so bad ?
2 How to make fruitcake actually good
2.1 Less fruit, more batter, make it moist
2.2 Slather it in dark chocolate
2.3 Give it a gingerbread-like glaze
2.4 Skip the bright, candied fruits
2.5 Add in some fruit liquor
2.6 Don’t wait around for it, really
3 How fruitcake became so common

Why is fruitcake so bad ?

Fruitcake nowadays is so bad because people let it mature for too long, and the candied fruit used is really bad. The whole point of a fruitcake was to incorporate dried fruit, rehydrated with rum, for a dessert that could last several days.

But people have let fruitcake mature longer and longer, to the point where years (not year, years, plural) pass by and the thing is still edible. Because of the alcohol content and how the cake dries out, fruitcake is not likely to grow mold very quickly. No one likes dried-out fruitcake, and it seems it’s all you can ever find.

In short, fruitcake today is an old recipe and tradition that can’t really compare to the desserts we have nowadays, or the ones that have appeared since medieval times. Fruitcake is actually a global phenomenon, and there is a iteration of fruitcake in pretty much every culture that has ever grown fruit and also experienced a cold season.

You can make fruitcake actually good, and it will be quite different from what we know fruitcake tastes like today.

Read also: Is Gingerbread Made With Ginger ?

How to make fruitcake actually good

Despite fruitcake being a less than stellar dessert, we can still transform it into something really nice.

We can already hear fruitcake purists getting ready to tell us why we’re wrong. Well, we’re sticking to what we’re saying here, and we think we’ve all got a preference for anything in the world. And if no one really likes the fruitcake as it is today, then why not change things up ?

The main problems with fruitcake are:

You’ll notice that once we make these changes, the fruitcake will take a sharp turn from tough, dry cake thing to an actually enjoyable dessert.

We’re not sure who came up with the idea of making cake mostly out of fruit, loosely bound with cake batter, but it doesn’t sound that appealing.

We propose changing the batter to a regular cake batter or mix, and just adding less fruit. We mean, how many raisins do you need ? Changing to a cake mix will get you a spongy, softer consistency that’s more like a coffee cake.

To make things clear. we don’t mean just adding a few fruits to a regular cake. No, we mean a 50-50 ratio of dried fruit to cake. It can be actually good that way.

That kind of batter also pairs very well with extra moisture from some fruit juice, like cherry juice, strawberry juice, applesauce, or maybe yogurt, anything.

Slather it in dark chocolate

Another option is to cover the whole thing in dark chocolate. This works amazingly well if you’ve got a fluffy cake batter, orange zest, and a dash of cinnamon.

Don’t go overboard with the dark chocolate ! It’s only meant as a coating to keep the moisture within the cake. It won’t last for weeks, but it doesn’t really have to last for weeks, now, does it ?

This way you don’t even have to feed the cake every week. Just dress it once in thin, dark chocolate and it’s done. 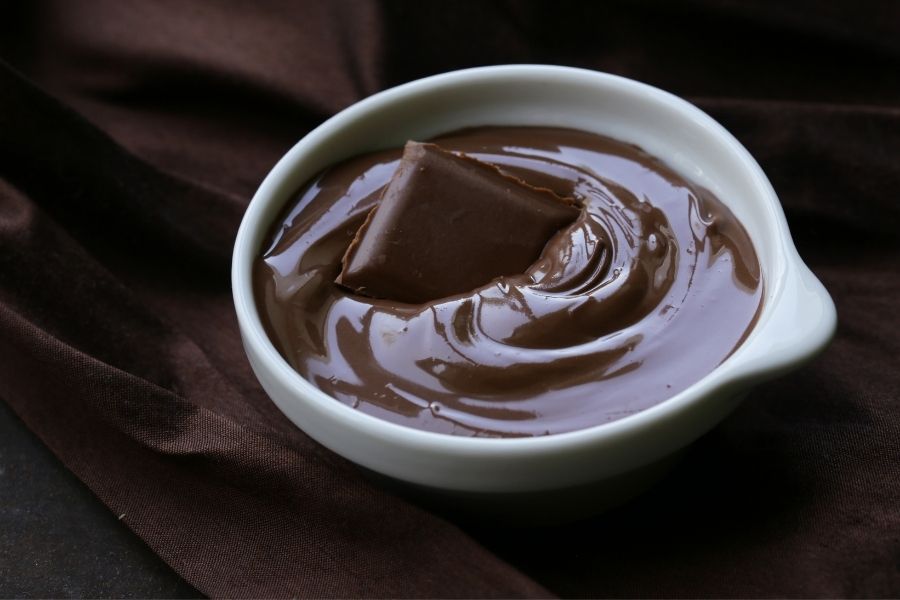 Give it a gingerbread-like glaze

If chocolate isn’t your thing, then get a big, big batch if your favorite gingerbread glaze. Icing sugar and milk with a bit of butter is what usually goes on gingerbread, and you’ll need a big batch to cover the entire fruitcake.

When you get the fruit for fruitcake, you will easily find a pre-made mix with some really bright colors. We recommend skipping that and buying a mix of the fruits you actually like and will remain moist.

So, what fruits should you use ? Go for something that will really taste good and plump nicely, like dates, figs, cherries, apricots, nectarines, peaches. You can add in a bit of orange and/or lemon zest to lift the flavor profile.

As for soaking the fruits…

Add in some fruit liquor

The trouble with soaking the fruits for months on end is that they end up with that terrible, no-flavor-but-weird alcohol infusion. A possibly better idea would be to just soak the fruit once, in a single liquor.

We recommend a fruit liquor to give an overarching tone to the mix. Or you can use a neutral alcohol like brandy or rum, so you don’t push the cake in a decidedly cherry or orange direction.

But really, there’s no real reason to soak fruit from March to October, then bake the cake, and then keep adding more alcohol until Christmas. Yes, there is tradition, but how often is tradition actually useful, and not just a set of rules we follow because someone else followed them ?

We think this rings especially true for fruitcake.

Don’t wait around for it, really

Continuing the waiting-around-for-fruitcake theme, you could bake it a couple of days before Christmas, and not wait around for it and feed alcohol every week to keep it moist.

We’re aware that it gets better as time goes on, but it’s one thing to wait a few days, and another to wait the better part of a year. You knw what, we should take a look at how and why fruitcake became a thing. We think a lot of people bake it each year without really knowing why, or anything about this interesting little dessert.

Read Also: What Is Funfetti Cake ?

How fruitcake became so common

The original fruitcake was actually in use since the Roman empire. It was originally a way to use fruit, fresh or preserved, and it wasn’t particularly sweet.

As time went on it was adopted all around the world and part of major celebrations. There is no record of it being the exact same recipe as the fruitcake we know today, especially the alcohol soaking part.

Fruitcake was largely unchallenged, and something people just made without really wondering why. Until the 16th century there’s nothing notable in fruitcake history. As of the 16th century the American colonies produced sugar, leading to candied fruit becoming a popular food item.

This led to more fruitcakes being made, and fruitcake becoming more widely available. Fruitcakes are incredibly long-lasting, which means they can be enjoyed for months on end without spoiling.

Fruitcake has been the traditional wedding cake for royal weddings in the UK since the Middle Ages. The main reason is not the royals trying to prank their wedding guests. No, it’s simply because back in the day, there wasn’t really any cake that could both be lavishly decorated and last long enough for all the decorations to be made. There weren’t any fridges back then and confectionery wasn’t an easy task at all.

It’s still the royal wedding cake today. The royal family is very keen on tradition, and the only time this wasn’t observed was in 2018 at Prince Harry and Meghan Markle’s wedding.

So in short, fruitcake is a really, really ancient cake and can’t truly be compared to the desserts we make today. Even with all the changes we suggested above, there’s only so much you can do with a fruitcake.

Even so, we hope this year’s fruitcake will be to your liking, and you have a wonderful holiday season with your loved ones. If you’ve got any other food curiosities be sure to check the related articles below, we’re always adding more food facts to make your life that much easier.