Do you absolutely love kiwis ? Do you serve them in the most delicious fruit salads and desserts ? Are they a pain to peel ? Does anyone even know why they’re so fuzzy ?

They’re not the only fuzzy fruit, but compared to a peach’s edible fuzz, a kiwi’s mane seems a bit much. So why are kiwis so hairy ? It can’t be just to spite us humans. Let’s find out ! 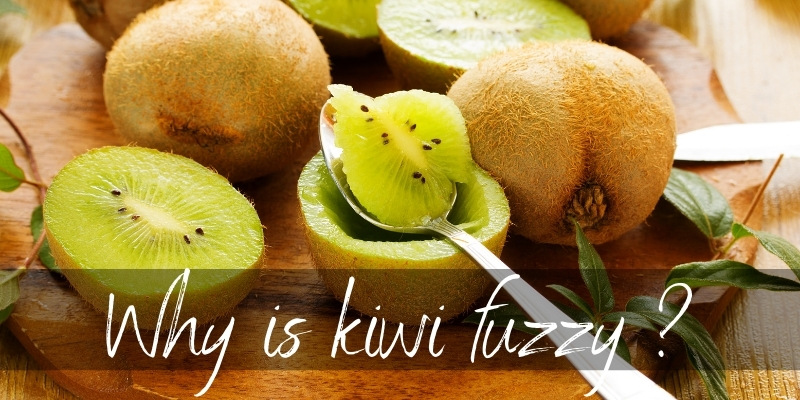 Table Of Content show
1 So why are kiwis so fuzzy ?
1.1 Kiwi hairs draw moisture
1.2 They also protect the fruit from pests
2 Can you eat kiwi skin ?
3 Not all kiwis are so hairy
3.1 The Chinese kiwi (golden kiwifruit) has the least hair
3.2 The hardy kiwifruit is completely hairless

So why are kiwis so fuzzy ?

Kiwis are fuzzy because the hairs keep moisture inside the kiwi, and draw moisture form the air around kiwis. The hairs also protect the kiwi from pests that may try to get to the kiwi’s actual skin.

In short, kiwis are fuzzy because it’s their defense mechanism and a good method of preservation. The level of fuzziness varies from kiwi type to type, but nearly all of them hair some amount of hair on the skin.

Kiwis have more or less hairs, depending on how much they need to draw extra moisture from the air, or protect themselves from harsh sunlight.

In general hairs on plants serve a defense purpose, and there are cases of plants growing a few more hairs as a response to extreme weather. What really happens with those hairs is they keep the air immediately around the skin the same temperature. Meaning that sudden frosts or heatwaves will impact the plants less.

As for moisture, dew is easily collected on those hairs and it can be then absorbed into the fruit.

They also protect the fruit from pests

Whether the pests refer to herbivores, humans, or bugs, plants in general use their little hairs as a defense mechanism. In the case of kiwis, they make it much more difficult for insects to get to the very surface of the skin and burrow within.

And for mammals, the hairs often trigger an unpleasant sensation, both from the texture of hairs and from the many abrasions left by the hair. Coupled with the acidic juice of a kiwi, those tiny little cuts and scratches make it less likely to be targeted for a second feeding. Despite being so acidic, kiwis aren’t citrus fruits. They do have very high vitamin C thou !

Of course, we humans can just peel the kiwi. Other animals don’t really have the foresight for this, since kiwi isn’t an easy to peel fruit (unlike bananas).

Can you eat kiwi skin ?

We don’t recommend eating the kiwi skin, mostly because of all the hairs. Aside from the above mentioned mouthfeel and possible scratches, eating the skin is just not worth it when it’s hairy.

If you insist on eating it, try rubbing it with a brush to remove most of the hairs, or scraping them off with a blade. You can also find kiwis that aren’t so hairy and thus easier to eat, if you really want to.

It’s true that like apples and nectarines and pears, kiwis have nutrients in their skin. But the trouble of removing the hairs and eating the skin isn’t really worth the effort, when you could simply eat more kiwis.

Read Also: How To Store Kiwi To Make It Last Longer

Not all kiwis are so hairy

So what was that about less hairy kiwis ? Is there a completely hairless kiwi ? Yep. Most kiwis are Actinidia deliciosa, the fuzzy kiwi and its various cultivars.

Of those cultivars, you often find Hayward, Blake, and Saanichton 12. These are hairy kiwis, and the ones you’re most likely to find when you go shopping.

There are other kiwi types as well, but they’re less common on the market. For example there is the golden kiwifruit, the hardy kiwifruit, the purple kiwifruit (not fully purple, don’t get excited), and the silver vine. Yes, if you didn’t know kiwis actually grow on very thick vines that climb everywhere and can even resemble twisted trees.

Back to the kiwi types, let’s see about those with edible skins.

The Chinese kiwi (golden kiwifruit) has the least hair

There are two types of kiwi that you can try eating the skin of. The most common one is the Chinese kiwi, otherwise known as Chinese gooseberry, or golden kiwifruit. 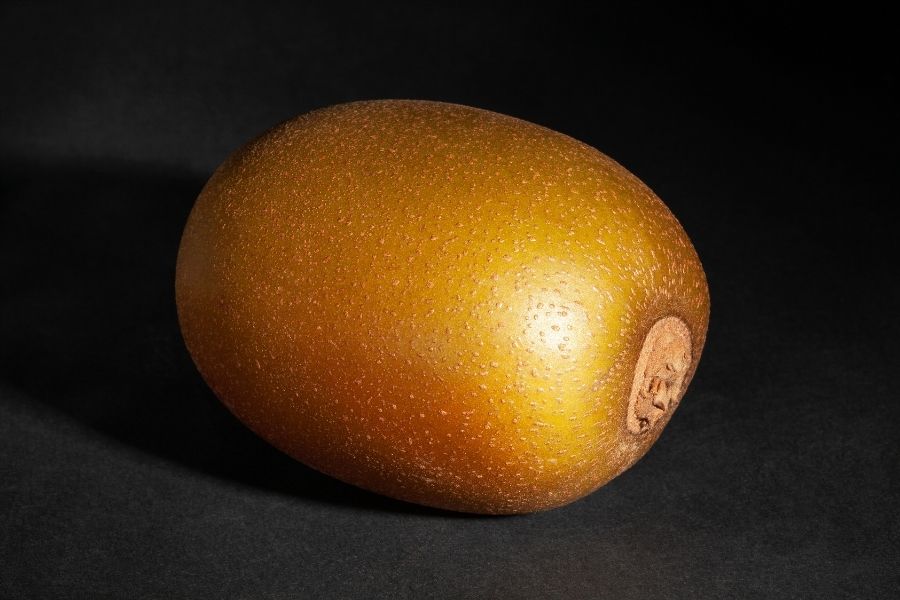 It looks like every other kiwi on the outside, except the hairs are much finer and sparser than the fuzzy ones. The skin is also more of a bronze, brownish-gold kind of color.

The real treat is when you cut one of these open. You know how all kiwis have that thick white line down the center ? Well, the golden variety has a reddish-purple ring around the white, where the seeds are. Some have this more pronounced, some are barely visible.

But they’re very sweet, much sweeter than fuzzy kiwis ! It’s just that they’re not cultivated as widely as the fuzzy kiwi. We’re not really sure why that is, but we assume they might be more expensive or prone to disease. Otherwise they’d be all over the place.

That being said, you can still find them for sale here and there, under names like EnzaRed, ZespriGold, and Gold3 (or SunGold).

The hardy kiwifruit is completely hairless

Okay, if you’re looking for the completely hairless variety, you’ve found it ! It’s a little strange to look at, since it’s got a definitely green color to it, which is very different from the brown and bronze shades its siblings share.

There is absolutely no hair on hardy kiwis, and they’re completely edible too ! It’s native to Japan, Korea, Northern China and Eastern Russia. This little vine is very hardy and can last up to -34 C/-30 F as long as the temperature drop is gradual.

You can find these fruits in America too, under cultivar names like Ananasnaya, Geneva, MSU, Weiki, Jumbo Verde, and Rogow. They’re not very common in supermarkets, but you might have a chance at the farmer’s market. Hardy kiwi has been grown in America (mostly by hobbyists) since early 1900s and has even be reported to be invasive in some areas.

That’s it about fuzzy kiwis ! Now you know why kiwis are fuzzy, what those hairs do, and that there is such a thing as a hairless kiwi. Granted, it won’t be easy to find but at least you know it exists.

And if you never find such a kiwi, don’t fret. Simply peel the kiwis you do have and use them, as they’re definitely delicious too !