Honey seems to be on everyone’s mind lately, what with bee populations going down, and the general interest in natural products going up. Honey is the old way of sweetening anything, because long before sugar there was honey. And it was a highly prized food item that not many could afford. Today it’s still viewed as a precious commodity, so let’s talk about it for a while, shall we ?

We’re starting with why honey is so sweet, in the first place. What makes honey sweet, especially when you realize flowers themselves are not a source of sugar. Or are they ? 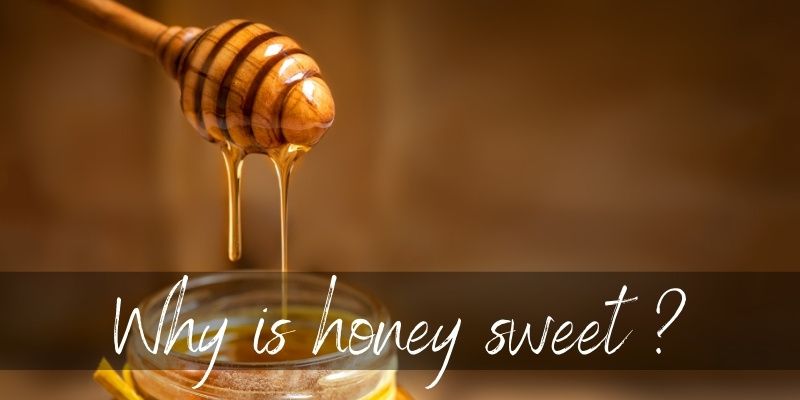 Why is honey so sweet ?

Honey is sweet because it is the dehydrated and chemically changed version of flower nectar. A flower produces two things, pollen and sweet nectar, high in sucrose. The bee lands on each flower, picking up pollen and feeding on the nectar. This nectar is partly digested and regurgitated by several bees by the time it ends up in a single hive cell, ready for the winter.

This entire process removes a lot of the water volume of the nectar, reducing it to a meager 17-18%. This essentially makes honey a super-concentrated sugary flower syrup, albeit very complex. To really understand this, we have to take a look at how honey is made.

How honey is made (very short, abridged version)

To understand how honey is made, we have to understand what honey is. Honey is a bee colony’s winter food. They routinely produce more honey than they need, just in case. Humans have domesticated honey bees are take a little from each colony, leaving them enough for the winter.

Our bee does not fully ingest all the nectar. Instead, it keeps it in a sort of faux-stomach, where it breaks down the nectar with its enzymes but does not fully digest it. When it reaches the hive, the partly-digested nectar is transferred into the mouth of another bee. The worker can return on the field for more nectar now.

Let’s stick with the bee in the hive. After having the partly digested nectar transferred, she too digests it a little, and then transfers it to another bee, who then does the same. And so on, until several bees later, the nectar has a much lower moisture content, and has anti-microbial properties that are found in honey.

In each hive, there are little hexagonal chambers that keep the honey. The bees empty the repeatedly-digested nectar, which is now honey, into those chambers. Now they need to reduce the moisture content even more. So they beat their little wings and heat the hive to a toasty 35 C/95 F. This helps evaporate excess water.

Then the next step is to form a wax seal over the honey. This keeps it safe and airtight, good for the winter when flowers are thin on the ground.

Why is honey so thick ?

Honey is so thick because the bees continuously reduce its moisture content. From the moment the nectar is collected, each bee that receives the nectar exposes it to more and more air. In the end, it’s a lot like a cooked-down syrup or fruit preserve.

The sugar in honey is a very good thickener, and also great at preserving. This is another reason honey is so sweet, because it has to be thick.

Why is honey so dark ?

Honey is dark because the nectar it’s made from is high in minerals. As the mixture loses more and more water content, it becomes more concentrated, and darker. So a dark nectar will become darker, while a very light one will become golden.

Each flower has a different nectar. This is why mixed-flower honey has a general golden color, and why each season can vary drastically in terms of honey color. Bees have no real preference for the kind of flowers they visit, they simply look for nectar.

For example flowers with a very pale, water-like nectar will translate into the palest yellow when turned into honey. Nectar color and mineral concentration depends on the quality of the soil the flowers grow in.

The pollen the bees carry on their feet may also accidentally stain the honey a darker or more golden color. It’s also possible for honey to turn darker when exposed to high temperatures for longer.

In the end, honey color varies dramatically from season to season, depending on which  flowers are in bloom at the time. Meaning that each hive can have multiple-colored honey stashes, depending on when and where the nectar was collected. 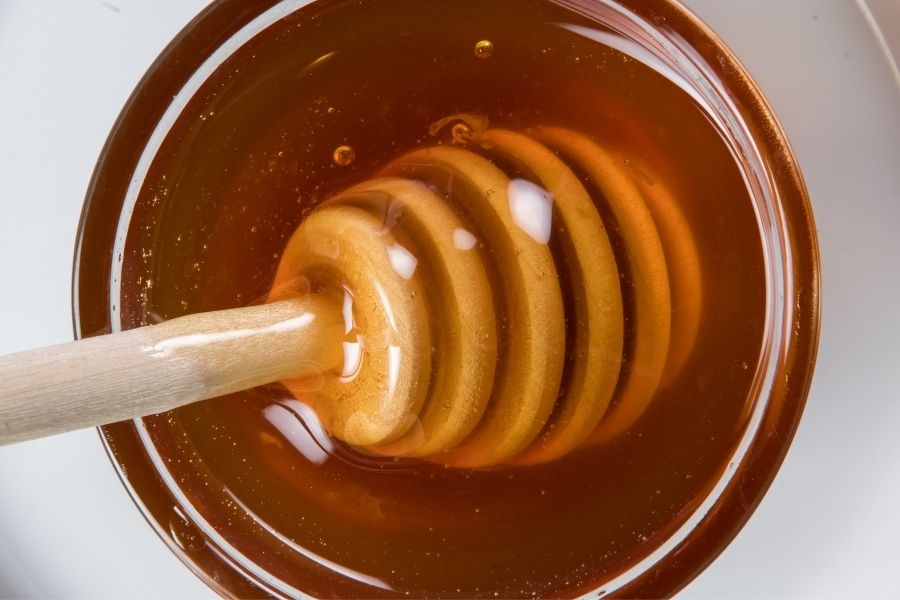 Is light or dark honey better ?

In general, the darker the honey the better the flavor. This has to do with the antioxidant and mineral content of the nectar, which you cannot alter at home. Do keep in mind that a lot of commercial honey is pasteurized honey, and a mix of several honey types. If you want to get yourself raw, pure honey goes for the very light or very dark ones, because they’re closer to the original color.

In the end honey is honey and it’s always going to be sweet. Even so, it’s still got more nutrients than the same amount of plain white sugar. This is because honey also has vitamins, minerals, and anti-microbial properties, whereas plain white sugar does not.