Rice is such a kitchen staple you rarely give it a second thought. It’s always there, in some way or another, and it’s always easy to recognize on supermarket shelves, no matter what kind you’re buying. But sometimes you just have to stop and wonder about your food, ask questions that seem simple but reveal some really insightful things about humans.

For example, why is rice white ? And why does some rice look red, or dark purple ? Why do we always have to wash rice before cooking it ? All this and more, coming right up. 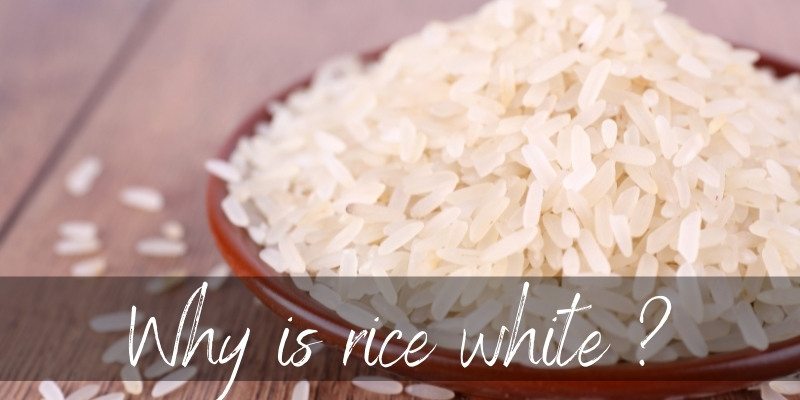 Table Of Content show
1 Why is rice white ?
1.1 Brown rice has more fiber, cooks slowly
2 White rice is sticky, which is useful in some dishes
2.1 Sometimes the bran on rice is necessary
3 What is red rice ?
4 What is wild rice ?
5 What is black rice ?
6 Should rice be washed before cooking ?

Why is rice white ?

Rice is white because its husk and bran have been removed, thus revealing the inner white seed. When the bran is still on the rice, the rice appears brown. The removal of the bran, husk, and germ makes white rice easier to cook, easier to digest, and gives it a neutral flavor that will pair well with all dishes.

The downside to this is that the starch in the rice is exposed more quickly, leading to rice that is more sticky and must be washed before cooking.

Before rice is processed, the grains still have the husk, bran, and germ on them. Through hulling and polishing the outer coatings of the rice are removed.

When rice still has the bran left on it, it’s brown rice. This type of rice cooks more slowly (about twice as slow) but has more dietary fiber and releases starch much slower. The result is a much less sticky rice, and a distinctly nutty and slightly woody flavor due to the presence of the bran.

Because of all this, white rice is the preferred rice when it comes to ease of cooking, manipulating it into different shapes (like sushi), or simply feeding many people at once.

White rice is sticky, which is useful in some dishes

Because white rice has much more starch exposed on the outer layer, it easily becomes very sticky. Of course not all white rice is the same level of stickiness, because that is decided by its overall starch level. For example basmati rice is just as white as arborio rice, yet the grains are much less clumpy than arborio.

For sushi rice, a sticky rice is ideal because it keeps all the ingredients nicely tucked in. In risotto a sticky rice contributes to the creaminess of the dish. In rice pudding, the extra starch also brings creaminess that would otherwise not be present.

Sometimes the bran on rice is necessary

All of this happens because the bran, present in brown rice, is not present in white rice. However the loss of the bran and the nutrients it brings can lead to some serious health issues down the line.

If you’re on a diet that has plenty of white rice, or mostly rice, you may have heard of beriberi. This is a disease triggered by insufficient B1 vitamin in the body, which in rice is primarily found in the bran. You may also get your B1 vitamin from whole grains, meat, and legumes.

The issue with grains, including rice, is that thiamine is removed during processing. Because of this, for the past few decades most grains are enriched with B1 (thiamine) before being packaged and sold.

This does not mean a cup of plain white rice will get you a vitamin B1 deficiency. But you should still be sure to take in a multivitamin complex if your diet does not also include whole grains.

Read also: What Is Rice Pilaf ?

What is red rice ?

Red rice is a variation on the regular rice, only the outside is reddish instead of brown. Red rice often still has the bran on it, much like brown rice, only this time it is reddish due to the anthocyanin content in the rice.

This kind of rice has a nutty flavor, even with the hull removed. And because it still has its outer layer, it cooks very slowly, like brown rice. This kind of rice is always a long-grained rice. 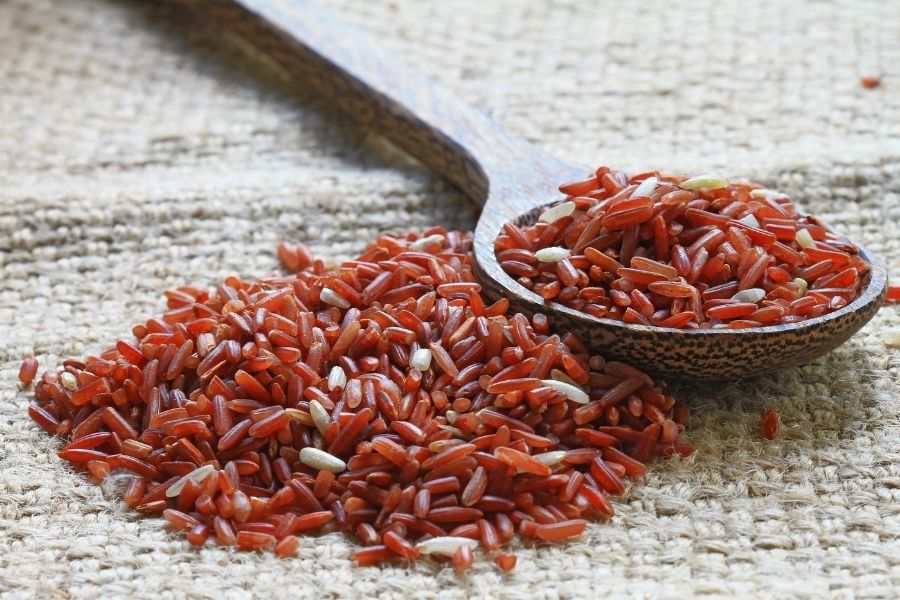 What is wild rice ?

Wild rice is not fully related to everyday rice, and not even red rice. Wild rice is a close cousin and it’s one of the prettiest-looking rice grains out there. It comes with a dark brown, nearly black outer layer and cooks very slowly due to the presence of the bran.

When cooked it’s chewy on the outside with a soft interior. It’s best suited for plain, steamed rice or to add to salads due to its texture and taste.

What is black rice ?

Black rice is the same as brown and red rice, only its outer bran is completely black. When cooked it stains the water and the cookware a deep, dark purple. This is due to the anthocyanin content, there are no added pigments.

Like all other rice that still has the bran attached, it cooks very slowly and you need a lot of patience. Because of its color, black rice is commonly found in new age recipes, and in ancient times it was considered a royal food.

Should rice be washed before cooking ?

Yes, all rice should be washed before cooking because it removes excess starch and any errant dust or debris that may be present from the production facility. Generally rice is very well packaged and most companies are thorough with their cleanliness standards. However it’s best to wash your rice before cooking.

You can do this two ways. You can fill a large metal sieve with the rice you’re going to cook, and run cold water over that rice, gently and slowly moving the rice around. when the water runs clear, the rice is clean. Some rice grains may stick to the wet metal sieve.

Or, you could simply fill a bowl with the rice you’re going to cook, and fill it with water. Stop the water, move the rice around the bowl, drain the rice (carefully), and fill the bowl again. Do this until the rice is clean. Depending on the rice it can take anywhere between 3 and 8 water changes.

If you’re partial to sticky rice and want to encourage this, don’t wash the rice very thoroughly. Leave some leftover starch and the rice will clump together more, if that’s what you’re after.