Zucchini is a super-versatile veggie that’s bound to end up on most folks; plate at one point or another. Unless you’re allergic to all things squash, you’ve probably had zucchini before. And as you know, it’s usually delicious and very easy to get along with. Except when you get a random bitter zucchini. Then you end up hating everything and everyone.

So why is zucchini bitter ? Why sometimes and not all the time ? Can you remove that bitterness ? Where is the most bitterness ? Is it even safe ? Let’s talk about all of this, because these green boys really don’t deserve to be cast aside. 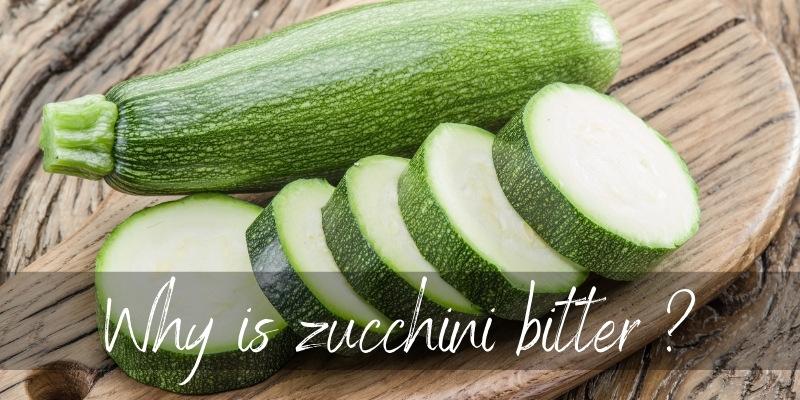 Table Of Content show
1 Why is my zucchini bitter ?
1.1 Is it safe to eat bitter zucchini ?
1.2 Cucurbitacin, the zucchini safety measure
2 How to take the bitterness out of zucchini
2.1 1. Peel zucchini to remove bitterness
2.2 2. Cut off both ends of zucchini
2.3 3. Cut and alt zucchini and let it sit for 15 minutes
3 Can you spot a good zucchini ?

Why is my zucchini bitter ?

Zucchini can sometimes be bitter due to an overabundance of cucurbitacin, a toxin that’s meant to steer mammals clear of zucchini. Most of the time the zucchini crop is properly developed and does not end up bitter, but then the weather is particularly dry and hot, or the zucchini is getting old and large, this can easily happen.

If you do happen to find a bitter zucchini, it’s likely bitter in the outer skin and the ends.

Is it safe to eat bitter zucchini ?

A few bites of bitter zucchini are fairly safe, provided you then stop and discard all the food. Continuously eating them will turn your stomach on its head, and lead to various stomach and intestinal issues.

On that same note, be sure to keep the bitter zucchini away from any pets or domestic animals you may have. We humans have evolved to tolerate a bitter flavor more easily than them, and cucurbitacin may prove lethal to small mammals, including pets.

Cucurbitacin is a toxin that’s produced by and found in nearly all squash-type vegetables. It’s what makes cucumbers sometimes bitter as well. Its role is to simply keep any grazing mammals, such as herbivores, from eating the entire vegetable. 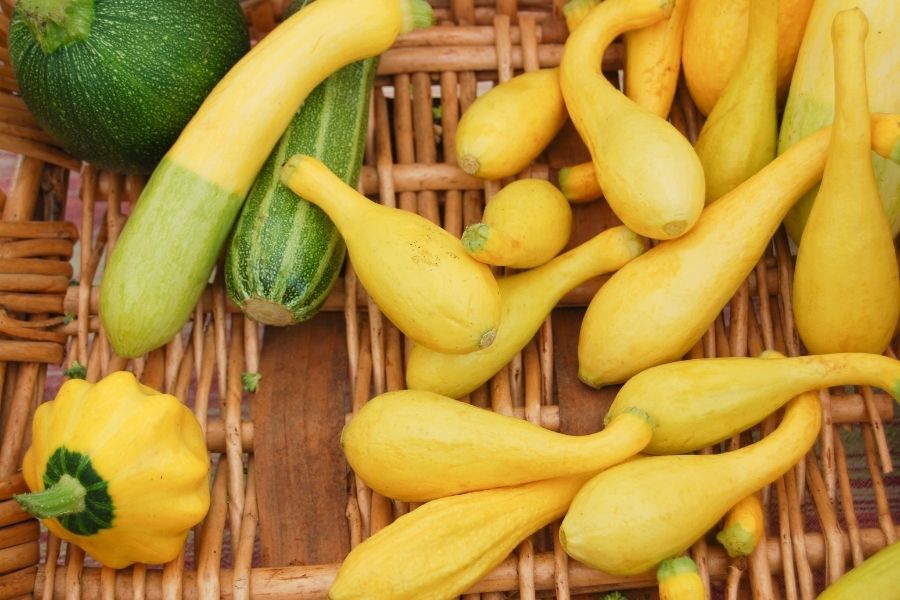 For most animals this measure is very efficient, since one bite will instantly turn the off of the zucchini and they’ll wander towards another plant. One bite is not lethal, but in large amounts it can be, especially for smaller animals.

You may be wondering why most zucchini don’t end up bitter if this safety measure is so important. For the most part, the cucurbitacin is developed in large amounts when the weather is bad – dry and hot for a long time – which is usually mitigated by farmers.

They can easily cover zucchini rows with a transparent tarp, to trap moisture and provide a sort of greenhouse effect, along with irrigation. Sometimes though, things don’t go as planned and they may end up with a slightly bitter crop.

Cucurbitacin may also happen when and is cross-pollination happens with a wild zucchini. This means that maybe a beer or another such pollinator came from a male wild zucchini flower, and pollinated a domestic female zucchini. Domestic zucchini have been bred to not be bitter, while wild zucchini are much smaller and still have their bitterness.

How to take the bitterness out of zucchini

There are ways to remove zucchini bitterness, and all of them are part of cooking a zucchini anyway. And no, we’re not talking about cooking the zucchini since that will pretty much ruin its texture. It does remove most of the bitterness, but you’re left with a soggy mess afterwards. SO let’s see what you can do when and if you want your zucchini raw and not bitter.

Most of the bitterness is towards the outside, meaning the outer skin and the ends. So, go on ahead and peel that zucchini, doesn’t matter of it’s a deep green or a light green variation. Most fop the time you may like the skin on, and so do we. But if you want to be sure, peel them until no green streaks are left. Rinse it in cold water, pat dry, rinse the knife or peeler as well. 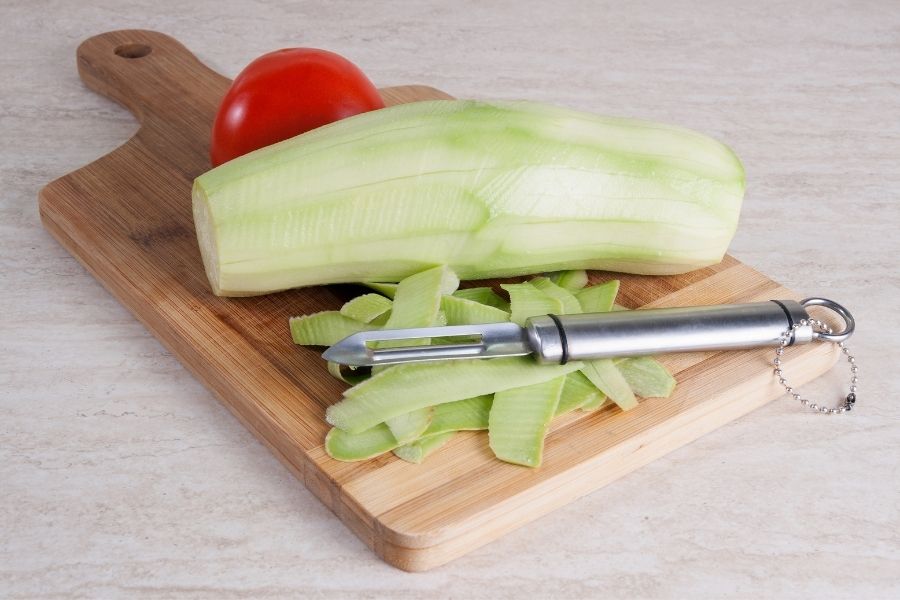 2. Cut off both ends of zucchini

Be sure to also cut off the ends of zucchini. Cut off until you start to see the seeds showing. If it’s just white all around, keep going because that’s where the bitterness will be, if there is any.

3. Cut and alt zucchini and let it sit for 15 minutes

If all of the above are not enough, you may also try cutting the veggie in slices and salting them. Let them sit on a plate for at least 15 minutes. The salt will draw out moisture and extra juices, including most of the remaining cucurbitacin, if there is any left.

Pat the zucchini dry when they’re done releasing their water, and cook or use them as usual. If you’d like to keep your salt intake low, you can also rinse them in cold water and then pat them dry.

Can you spot a good zucchini ?

A good zucchini, as in one that won’t be bitter, isn’t really easy. This is because there isn’t really a dead giveaway in terms of appearance, or texture. There aren’t any spots or bruises or extra markings on a bitter zucchini, so there’s nothing to guide yourself by.

What you can do is just buy a healthy-looking, firm zucchini without too many spots, and peel it and cut the ends off, just to be sure. You can also taste-test the zucchini. Simply wash is in cold water, before peeling any of it. Cut off the end, and put your tongue against it. If it’s bitter, you will immediately feel it.

If it’s safe and not bitter, you can leave the skin on, just be sure you cleaned it very well. And that’s about it, you can easily get rid of most of the bitterness in a zucchini if you simply peel and cut it. But if you use it whole, it looks much better in a salad and provides a nice contrast.