If you absolutely enjoy debating definitions with your friends, this article is for you. This is one of the most interesting and hard to answer questions out there, we think.

Are grains vegetables ? If yes, why ? If no, why not ? There are valid point for and against both.

Today we’re tackling this difficult classification and hopefully we’ll be able to put a straight answer on it. After all, from a nutritional point of view you need to have both veggies and grains on your plate. But if they’re the same thing does that mean you have to double up on them ? Let’s see. 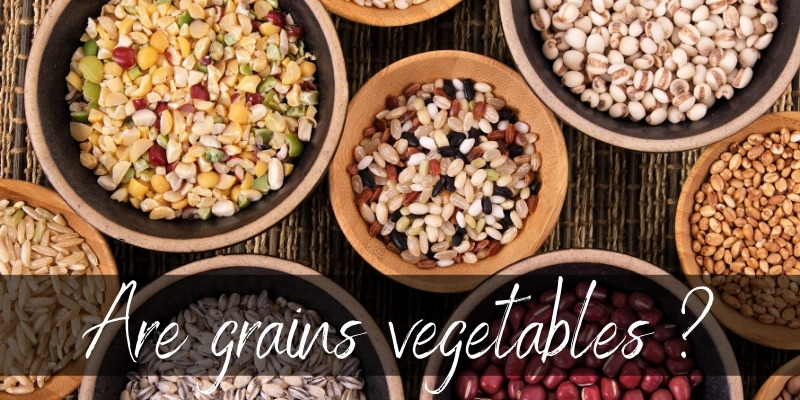 Yes, you can classify grains as a vegetable from a botanical point of view. This is because in the structure of a grain, the pericarp containing the edible flesh is fused to the outer coating.

Couple that with the culinary and nutritional definition of a vegetable, in which various parts of a plant are used for food, usually savory, and you get a very stretched but reasonable classification.

So does that mean that on the perfect plate you can just load up half with corn and you have both grains and vegetables ? In theory, yes. But in practice, grains are often starchy foods. Vegetables are very low in starch, and provide more fiber and micronutrients than grains. So you need both.

So what does this mean ? It’s up to you if you want to go by the botanical or culinary definition of grains. We’ll go with the botanical ones, where they’re also vegetables.

Now let’s talk a little about grains and veggies separately, so we can understand their definitions and differences.

What is a grain ?

Grains are the seeds of grass types. Meaning wheat, rice, buckwheat, millet are all grass or grass-derived plants. This is from a botanical point of view, and in that classification grains are also called caryopses.

If we go and look for the definition of a caryopsis, it is a simple, dry fruit in which the ‘fleshy’ part is fused with the thin outer coat. It’s not a thick layer, a it’s a very thin one but it’s still there.

So what does that mean ? Grains are essentially a type of fruit, at least in botanical terms. A very simple fruit in which the edible flesh has a very different structure that an apple or orange.

From this point of view, grains are most definitely starchy. Whether it be wheat, millet, quinoa (debatable), buckwheat, corn, or rice, it’s supposed to be very filling.

The starch in grains is transformed into glucose in the body, as we digest it. That glucose is than used as energy (calories), or used to expand the fat cells if we’re not going to use them immediately.

It’s why we tend to gain more weight when we eat starchy foods, as opposed to non-starchy foods. But we can’t cut out starch, we need it in moderate amounts.

Of all the food items out there, only grains are considered starchy, vegetables are not.

Read also: Is Carrot A Fruit Or Vegetable ?

What is a vegetable  ?

A vegetable has no clear botanical definition. It’s often regarded as the edible part of a plant, but not the part that contains seeds (with a few exceptions). So in a bell pepper, that is the flesh and outer skin, but not the seeds. 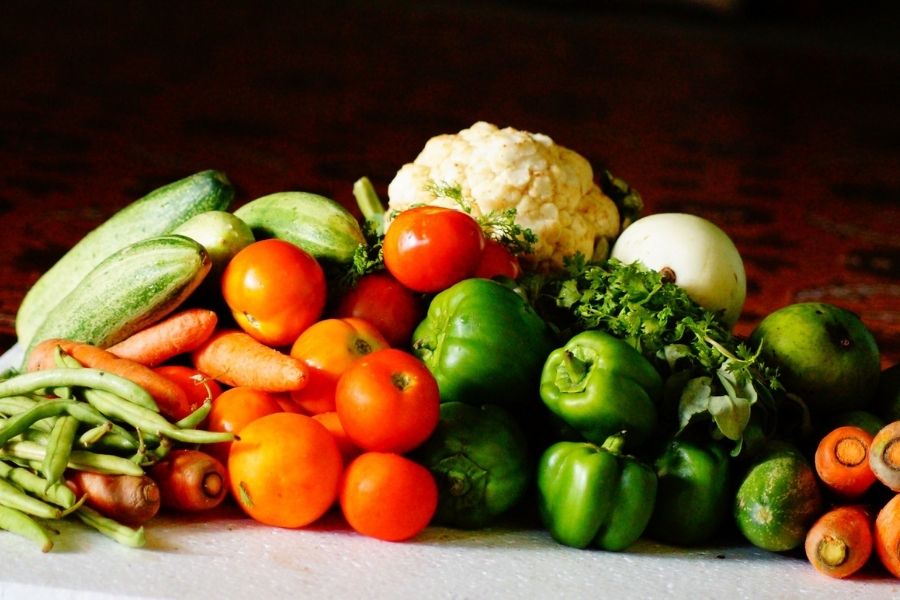 But a tomato is eaten whole, seeds and all, as are zucchini and carrots and potatoes, despite containing seeds.

The problem here is that vegetables have no botanical definition, so they encompass a wide variety of actual food items. The flesh inside a dry grain, as small as it may be, is technically a vegetable.

It is also a fruit, botanically speaking. Why ? Because a fruit is the see-bearing structure of a single or multiple ovary. That’s a lot of fruits and vegetables, including each kernel or corn on the planet.

In short, vegetables are more of a culinary and nutritional term. Vegetables are almost always used in savory dishes, and are regarded as a main food intake, as opposed to fruits.

Remember that whole starch and grain talk we had before ? Well, vegetables have way less starch than grains, and provide a different set of nutrition than grains.

Veggies are often rich in fiber and micronutrients like minerals and vitamins. Those same nutrients are often found on the outside of grains, on the husks that are often removed like from wheat or rice.

Are wheat, rice, and corn vegetables ?

From a botanical point of view yes, they are vegetables. Their flesh is fused to the outer skin (exocarp) and is very thin, but it’s there and it’s edible. When you look at fresh, raw corn this is especially clear. 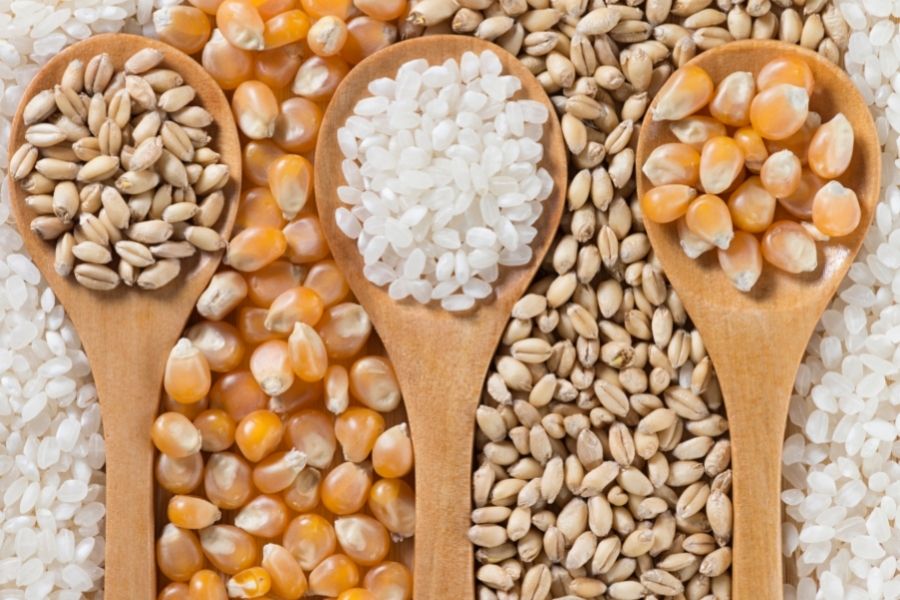 All that being said, it’s up to you if you want to take this into consideration. From a nutritional point of view you’ll need to separate the two. If your doctor asks you to eat more veggies, he won’t be very happy when you report back after eating a double amount of grains.

In short, it’s best to keep the two separate, even if they are essentially the same. Or rather, vegetables are such a wide definition that they encompass everything from seeds to roots to leafy green to grains. Even legumes are considered a subset of vegetables !