Find some egg substitutes, of course ! Now, let’s see what you can replace eggs wit in a brownie mix, because this may just come in handy. 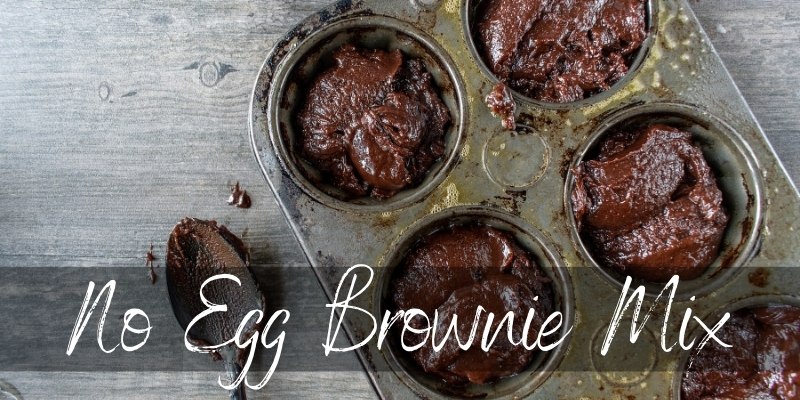 Can you make brownie mix without eggs ?

Yes, you can replace eggs in a brownie mix with several different leaveners or binding agents like buttermilk, yogurt, baking soda, mashed dates ,or chickpea water.

Moisture can be added with milk, water, fruit juice or fruit puree if you’re making a chocolate and fruit brownie.

In a nutshell, yes you can! And, the good news is that you can even use a box brownie mix without eggs as well if you don’t fancy making them from scratch.

Chocolate brownies have been a family favorite for many years, and it’s obvious why: this warm, rich, spongey treat is the perfect accompaniment to your morning coffee and the kids go crazy for them too.

But, before we get into detail about the various ways you can make brownies without eggs, let’s have a look at why eggs are even in the recipe in the first place.

Read Also:Is There Egg In Bread ?

Why do we use eggs in baking?

Eggs are traditionally used as a binding agent to bring all of the ingredients together and keep them in place during the baking process; it would be a disaster if everything fell apart in the oven.

Next, we have the all-important moisture factor. All recipes need a certain amount of moisture and there are various ways to achieve it. With chocolate brownies, the beautiful, moist feel you get from that first bite is really important and that’s where the eggs come into play. 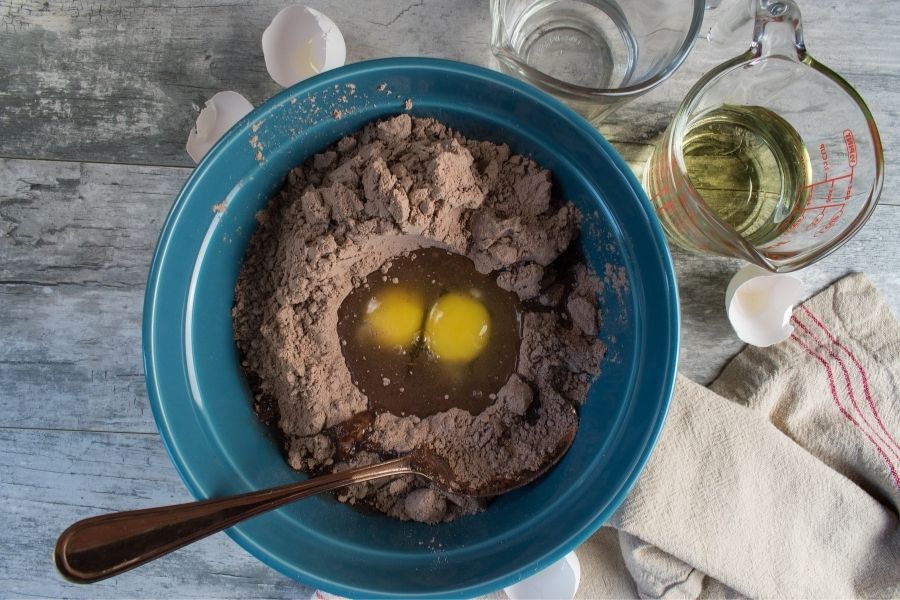 The proteins in egg whites make them a great leavening agent. Proteins create a flexible layer that envelope the air bubbles and when you beat the eggs you get a light fluffy texture. Without any air, your brownies would be hard and rather unappetizing.

Given that eggs add so many benefits to our baked goods, it might seem strange that anybody would want to omit them in the first place. There are, however, a few good reasons that you may not have ever considered.

Why make brownies without eggs?

Allergies. Some people are allergic to eggs and it’s mostly common in children. Symptoms can be very mild, but in some cases, they can be quite severe: skin rashes, vomiting, and digestive problems are among the common complaints reported by sufferers. Most children will outgrow their egg allergy before adolescence.

Lower fat. The amount of oil and egg used to create the correct moisture level in a brownie mix can be substituted for other ingredients—which we’ll look at shortly—and as a result, it is possible to make these sweet snacks ever so slightly healthier.

Dietary choice. Many people don’t eat eggs as part of a vegan lifestyle. There has been a lot of bad publicity surrounding the egg production industry which has led to even non-vegans removing them from their diets.

Fun fact: you can try swapping eggs for soda

There is one inventive and surprisingly delicious ingredient that can be added to a brownie recipe when you want to leave out the eggs. It’s an odd choice that first came to light a few years ago and has been causing a stir among foodies ever since:

Soda! It sounds strange, I know, and I was very skeptical at first but it’s become so popular that even the HuffPost decided to give it a go and they were very happy with the results.

The main difference between a “traditional” egg inclusive recipe, and that which uses soda, is the texture. The final product is less dense when you substitute the egg and it turns out a little fluffier. So if you prefer your brownies to have more of a light sponge cake feel, then this could be a perfect choice for you.

The taste testers at the HuffPost concluded that the flavor is still pretty great but you don’t get that gooey thickness of an original brownie.

The great thing about using soda in your recipe is that you can choose from a huge range of flavors that are available and make your own unique version. Orange, cola, and cherry-flavored sodas are all tasty additions to the mix.

In this case, the best thing you can do is opt for a straight swap and choose a plant-based substitute that retains the working properties of an egg.

This way, you won’t affect the texture and the taste will be pretty close to the original as well. Lots of people like to add toppings to their brownies and by doing this you should be able to hide any slight discrepancies in the flavor.

Plant-based substitutes are inexpensive and are also fine for vegans. There are several popular brands available on the market:

The Vegg. This egg replacement claims to contain the flavor and properties of real eggs and is also packed full of vital nutrients.

VeganEgg. Another fantastic product that is leading the way in vegan baking. Some of us might think that you can’t easily replace egg in your recipes, but this product is on a mission to change our perceptions.

Ener-G Egg replacer. This was one of the first egg replacement products that has gone on to become a staple in the vegan cookbooks.

Aquafaba. The natural liquid that is released while cooking chickpeas acts as a perfect binding agent, but also has the benefit of becoming super light and airy when whipped up. Next time you buy a jar of chickpeas, don’t just throw away the liquid!

Can I use applesauce in a brownie mix without eggs?

Yes! Using applesauce can be a great way to make brownies without eggs. The most convenient thing about it is that you won’t need to adjust your recipe; it’s a simple, straight swap. 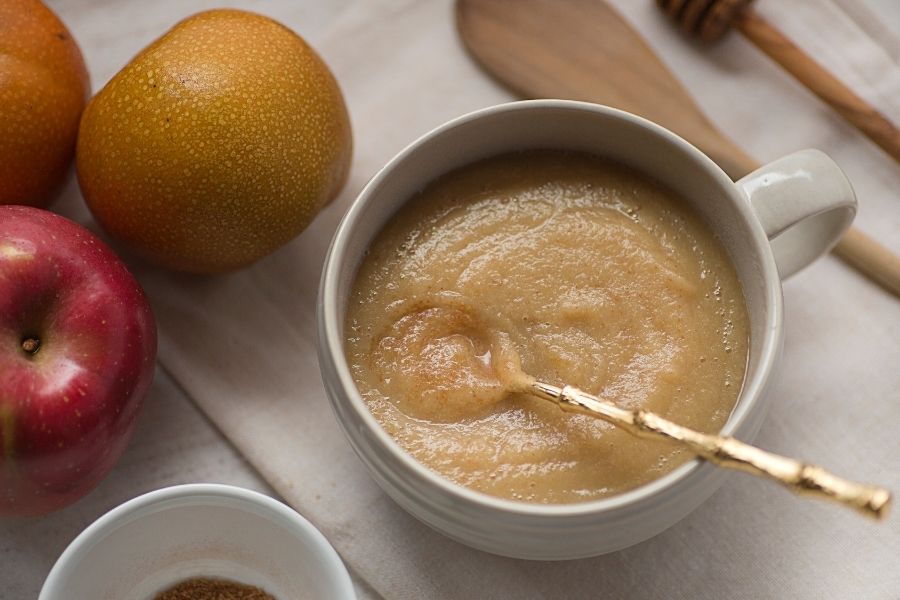 If you like to make your brownies from scratch, then you will need to add a teaspoon of baking soda for every ¼ of applesauce as well.

There are loads of ingenious ways to mix up your perfect batch of chocolate brownies, some of them for health reasons, and others are simply to play with the flavors.

Whatever you decide to use, just make sure that you follow a trusted recipe as it’s important to add your egg substitute in the correct quantities in order to avoid disappointment.