Eggnog. The cold season is upon us and we’re definitely feeling the vibes, and one of them is a deepening desire for eggnog. But what does eggnog taste like?

Don’t worry if you don’t know, it’s not a very common thing outside of America but we’re sure you’ve at least heard of it.

And we’re sure you may have some misgivings about it, due to it being made primarily of eggs (at least by name).

Well then, let’s see what eggnog tastes like. This is going to save you a lot of hassle if you want to know if it’s even worth making at home, or if you’d ever like to take a sip of it. 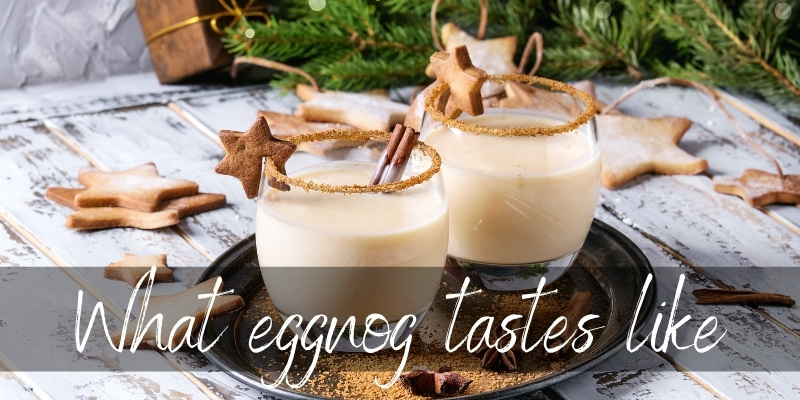 Eggnog tastes like a very creamy glass of milk, mixed with sugar, nutmeg, and vanilla. You can’t really taste the eggs in it, and it definitely does not taste like an omelet.

Of course the final taste of eggnog will depend on the specific ingredients used to make it. Eggnog has been around for many centuries and over time, a lot of new ingredients have been used. Many of them have continued till today.

As a result, eggnog is a highly evolved drink, with many new ingredients giving it a varied range of taste and flavor.

What are the most common eggnog flavorings ?

You can expect any number of flavoring agents, like cinnamon, nutmeg, allspice, clove, and sometimes a bit of brandy. The taste of eggnogs depends on what combination of ingredients has been used.

If you have used milk, cream, eggs, sugar, and ice-cream, it’s going to taste like an enriched milkshake or melted ice-cream.

Keep in mind that eggnog is a cold season drink and the predominant flavors are also the ones in Pumpkin Spice Latte.

Eggnog doesn’t taste like egg because the raw egg is largely bland or has a very mild taste. When it goes into milk and cream it adds to their taste only by providing richness.

Eggs have over 100 different types of fats, proteins, and other nutrients. They all add to the nutrition value of the drink but they do not give a taste of their own.

Another interesting aspect of raw egg is that it enhances the taste of other materials to which it is added. Look at the example of cake or any other baked item. Similarly, eggs seem to improve the taste and nutrition value of eggnog.

In its traditional form, eggnog uses some common ingredients and it has a largely steady and uniform taste profile. There are some basic ingredients that are common to all kinds of eggnog, and to a large extent they determine its basic taste, flavor and texture.

These common ingredients are milk, cream, and whipped egg.

Many people prefer their eggnog just like this – a mug of milk, good amounts of cream, and eggs. You can also use sweeteners such as sugar, brown sugar, fine jiggery, etc.

To a lot of people eggnog tastes like melted ice-cream. It goes down the throat smoothly with a sweet and creamy taste. But people are also known to use ice-cream for added taste and texture to their eggnogs.

For most people, vanilla seems to be the favorite flavor to go with their eggnog.

How does eggnog taste you add liquor ?

Some people like to add liquor to this mixture. So you have whisky, brandy, spiced and regular rum, and vodka that can go into the eggnog.

Well, you may finally ask: what does this kind of eggnog taste like? It tastes sweet, creamy, and the liquor will cut right through all of that. It will be a heady drink, and may have a slightly bitter aftertaste.

Dark liquor – dark rum, whisky, brandy – will go better with eggnog than whites like vodka or tequila. The dark ones have a flavor profile that just pairs better with the rich and creamy eggnog. However we’re not here to judge, you can add whatever you want. 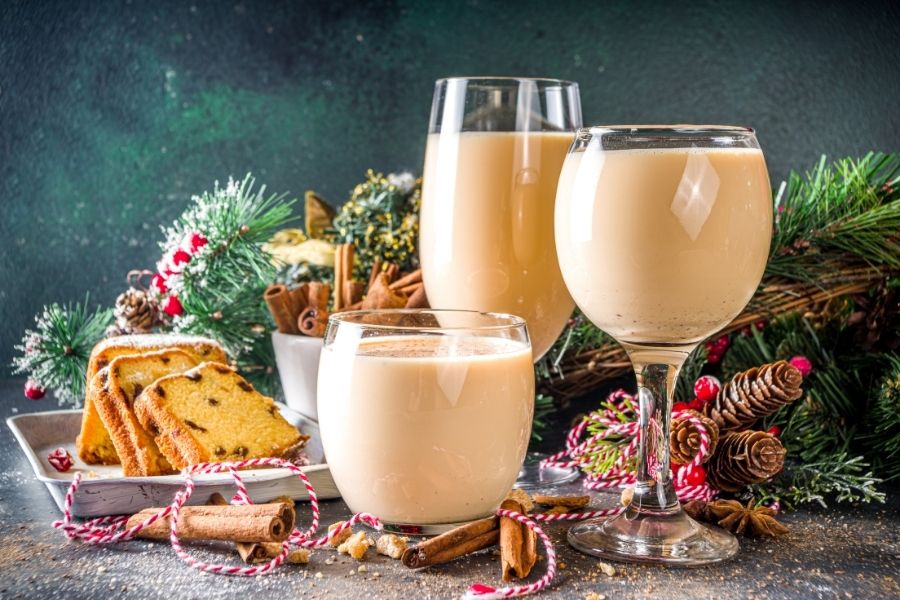 Like everything else, eggnog has its share of critics who do not waste an opportunity to run it down. An important criticism that many people find it to be true is that it tastes like bubblegum.

What does a bubblegum taste like? Well, bubblegum tastes like an explosion of sweet fruits. Does eggnog taste something like this? Somehow, there seems to be some elements of unnatural blending of things.

Raw eggs with milk do give an impression of a forced combination than a natural one. The rubbery bubblegum-like texture and flavor in eggnog seems to come from eggs, because a similar flavor is noticed even when eggs are cooked separately.

Still, for most people (us included) eggnog does not taste like bubblegum. Unless you decide to add a fruity flavoring to your eggnog, there’s no reason for it to remind you of bubblegum.

How to make eggnog taste better

Here are a few things that can enhance the taste of your eggnog. Keep in mind that taste is very subjective, and not all your guests may agree to your preferred flavor.

Still, there’s a few things you can do to improve things.

Add a little bit of nutmeg. Get some fresh nutmeg and grate it over your mug of eggnog. You will be surprised to notice the difference it has brought to your drink.

Be sure to use fresh nutmeg, as it will be much more potent.

Swap nutmeg for cinnamon, if nutmeg seems to change the flavor too much.

Have you tried spiced rum? To some people, it tastes better than regular rum. Pour a little bit of spiced rum into your eggnog and see it give a new personality to your drink. 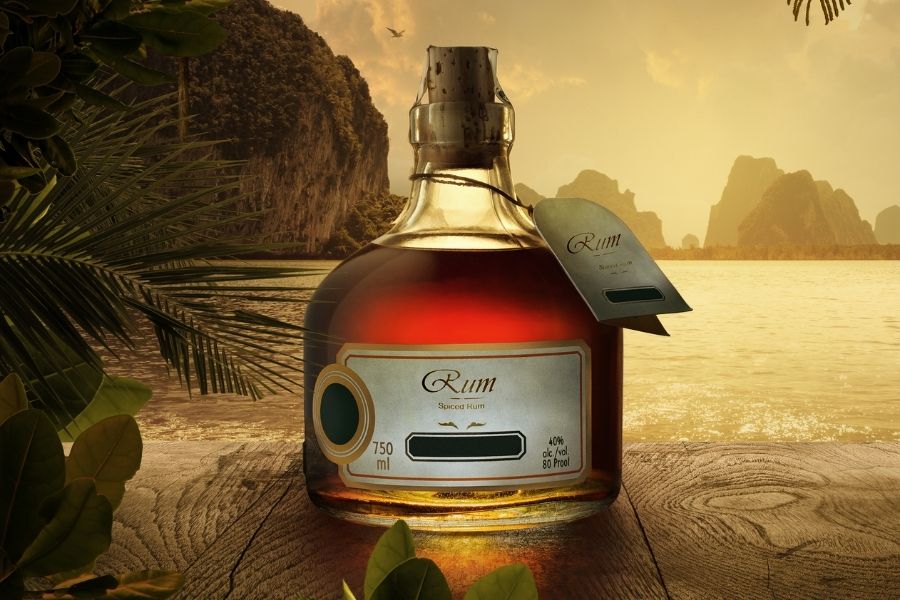 Try something weird and outlandish. How about a little bit of pumpkin puree ? Well, the idea may not sound exciting right away, but it can really jazz up your eggnog drink.

Your eggnog is already sweet and creamy. Give it a twist with some bittersweet chocolate shavings. This enriches the drink on a positive note.

Make sure the drink is very well chilled, otherwise the froth may dissipate. And some folks may not stand warm or room temp eggnog, so keep that in mind.

All in all, it seems eggnog’s taste can vary depending on what new ingredients are added to it. There is an entire range of options of different ingredients such as cinnamon powder, bittersweet chocolate, nutmeg, pumpkin puree, spiced rum, whiskey, brand, and so on.

So, the eggnog tastes like the ingredients that are there in it. Surprisingly enough, it does not taste like an egg at all.

I hope this article cleared the confusion about eggnog taste, it doesn’t really taste like bubblegum, coffee, or eggs.