If you’re one of the people wondering about carob and chocolate, and how well they can replace one another then you may want to understand the difference between them.

While carob is not the same as cocoa powder, it’s definitely something many health-conscious folks reach to when they need a chocolate replacement.

So today we’re going to explore the differences and similarities between carob and chocolate, so we can fully understand the relationship between them. 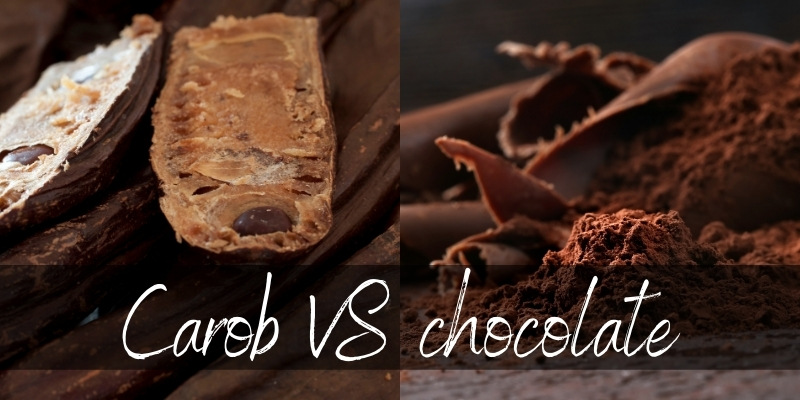 Table Of Content show
1 What’s the difference between carob and chocolate?
1.1 Cocoa uses beans for powder, carob uses the pulp
1.2 Carob is sweet, cocoa is bitter
1.3 Cocoa has caffeine, carob is caffeine free
1.4 There’s a clear difference in flavor
2 Where do carob trees come from?
3 Are carob and cocoa powder made in the same way?
4 Does carob taste like chocolate?
5 What can you make with carob powder?
6 Is carob better for you than chocolate?
7 Is carob safe for animals?
8 Why isn’t carob more popular?
9 Is carob more expensive than chocolate?

What’s the difference between carob and chocolate?

Carob is a tropical pod, like the cocoa pod. But carob uses the pulp for powder, while cocoa uses the beans.

Cocoa powder is bitter, while carob powder is a bit sweet, nutty and earthy in flavor. Carob is also caffeine free, while cocoa and chocolate contain naturally occuring caffeine.

Both carob and chocolate are sweet confectionery items that are created by processing edible parts of a tree into a powder and then further refining them, along with other ingredients, into the final product which we consume.

In its natural environment, carob was for many years considered somewhat of a “last resort” type food that would generally be eaten out of necessity for any nutritional benefits that it presented.

Conversely, chocolate has always seen as more of a luxury item that has mainly been produced over the years because of its tasty appeal rather than for any potential health advantages.

Dark chocolate is made with less additional ingredients and is believed to be healthier, due to less sugar and more cocoa powder.

We’re going to explain the main differences between carob and chocolate in a bit more detail now, so read on.

The seeds of the carob tree are inedible, so the powder is made from the dried and ground pulp that’s inside carob pods.

Meanwhile, cocoa powder and cocoa butter (used for chocolate) are made from ground and roasted cocoa beans.

This means that carob will be mostly fibers and carbs, while cocoa beans provide both fats and fibers. The fats are the cacao butter, while the fibers are the cacao powder.

Carob is sweet, cocoa is bitter

For some reason, it seems the cocoa powder we all know and love ahs a bitter taste if not mixed with anything to sweeten it.

Carob powder is much sweeter by comparison, and it needs very little sweeteners to make it palatable.

This makes carob a great option for diabetics, or those who simply wish to eat less sugar.

An important distinction between the two is the caffeine content. While cocoa powder las less caffeine than ground coffee (and cocoa butter has no caffeine), carob is different.

Carob is completely caffeine free, which makes it a great option for young kids or seniors who have heart rate problems, and can’t or shouldn’t get their blood pressure up. 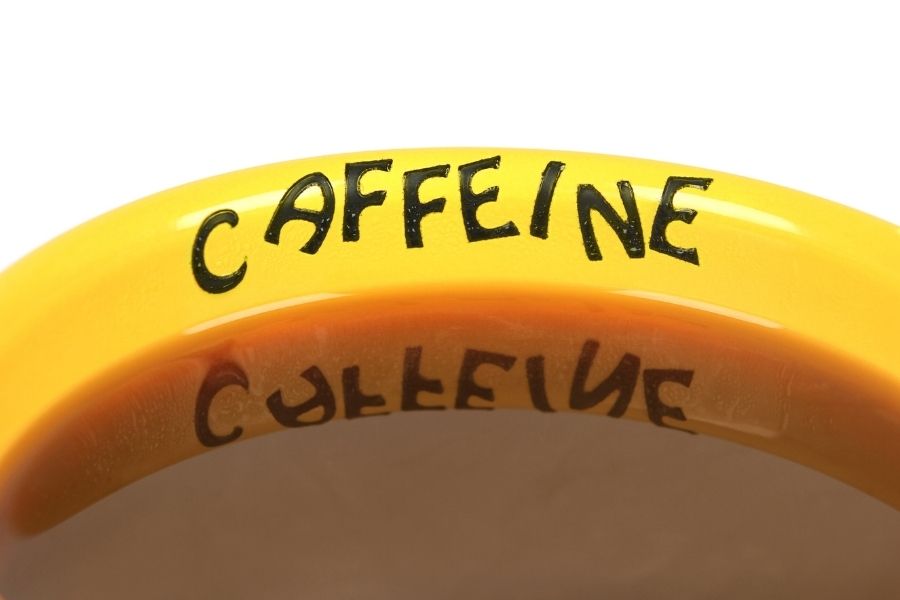 There’s a clear difference in flavor

While carob as been hailed as a healthy replacement for chocolate for some time now, it’s kind of failed in that department.

This is because where cocoa (and chocolate) has a deep, luxurious flavor carob has a lighter, earthier flavor that will disappoint anyone hoping to taste chocolate.

Carob may taste a bit similar to chocolate, but it cannot offer the same flavor profile, as they are two entirely different plants, as you’ll quickly see.

Where do carob trees come from?

Carob trees were originally found in an area ranging from the Mediterranean to the Middle East. The carob is part of the legume family and apart from being cultivated for its edible pods, the tree is also widely planted for its ornamental appeal.

It was first introduced to the US in 1854 and thrives in the warm Californian climate.

Cacao trees, on the other hand, belong to the Malvaceae family along with other plants of economical importance such as cotton and okra.

Cacao trees are native to the tropical forests of South America and can be found as far north as Southern Mexico.

Are carob and cocoa powder made in the same way?

Not exactly. While both are eventually ground into a powder, how they get to that stage is a little different. Carob powder is made using only the pods—the outer casing.

The pods are soaked and boiled to soften and remove the seed. The seeds are discarded and when the pods dry out again, they are ground down to create carob powder.

The process of producing cocoa powder is a little more in-depth. The fruit of the cacao tree contains seeds/beans that are removed from the casing and are then fermented and cracked to expose a small nib.

These nibs are then ground and part of the natural butter is subsequently removed. The remaining paste is dried and ground again to create the product we know as cocoa powder.

Carob and chocolate have their own distinct tastes and are not in any way similar. Carob has a sweet and slightly nutty taste and is naturally less bitter than chocolate.

Adding sugar and emulsifiers may ultimately create a similar texture to that of chocolate, but their physical appearance is where the similarity ends.

What can you make with carob powder?

Although the flavor isn’t likened to that of cocoa powder, the physical resemblance does allow for carob to be used in a very similar way. Candy bars, brownies, cake mixes, etc. can all be made by substituting carob for cocoa in equal measures.

The end product will look and feel the same, but don’t expect it to burst with that familiar chocolatey richness.

When substituting carob for cocoa, it’s worth remembering that carob is naturally very sweet and for this reason, the amount of sugar that you add to the recipe will need to be altered.

If you’re looking for a vegan or dairy free option, then carob may be the answer for you.

Is carob better for you than chocolate?

Carob powder is naturally higher in carbohydrates and sugar than cocoa powder but the one major advantage it has going for it is the absence of caffeine. Some people are intolerant of the stimulant effects of chocolate so carob can be an excellent replacement.

During the 70s whole foods movement, many health experts began to express concern over the high fat and sugar content of chocolate.

Increased risk of obesity, heart problems, and diabetes were all linked with overconsumption of the tasty treat and so carob was cited as a healthy alternative.

While you can still find carob ‘chocolate’ products in some health food stores today, it generally fell out of favor by the 1980s.

Is carob safe for animals?

For many years, carob has been used in animal feed and is considered a fantastic, natural source of carbs. While veterinarians have been warning against giving chocolate to dogs for some time now, carob has earned a far better response from the experts and is completely nontoxic for canines.

It’s reasonable to assume that being hailed as a healthy substitute to chocolate was quite a tough reputation to live up to. The fact that it doesn’t actually taste anything like chocolate made it unlikely to ever succeed in replacing it.

In its own right, carob does have nutritional benefits and can be used to create various sweet products, and had it been introduced as a completely unrelated product, it may have had a chance to thrive.

The problem is—as with most substitutes—people want the original product because they like that specific taste and will always find it hard to be convinced that anything else is as good.

Read Also:Compote VS Confit VS Sauce

Is carob more expensive than chocolate?

This is a very difficult question to answer as there are so many variables. Both carob and chocolate come in basic powder form and also as finished confectionery goods.

As a powder, there are varying degrees of pureness depending on the time taken to refine the product to the most delicate, fine granules.

Then there is the brand reputation to consider; supermarket versions will generally be a lot cheaper than specialist retailers for example. You will generally pay anything from $4 – $10 per lb for either item in powdered form.

As you know, there are some incredibly expensive chocolatiers promoting their products these days, and to put a price on chocolate, in general, would be nearly impossible. The sky is the limit if you’re willing to pay for it.

As carob is nowhere near as popular as chocolate, it would be difficult to market this product with a heavily inflated pricetag.