Consumers everywhere are noticing the difference, and asking why is celery so expensive? Supply and demand play a major role in this cost increase. Most of it is grown in California, but bad weather ruined a large portion of it this year.

As a result, the celery that was harvested is harder to come by. Stores have less of it available, and the price can be up to 4 times when you would normally pay for it.

The price increase is being felt all over, not just in the United States. Customers in Spain and Canada are also upset over the increase. Now let’s see what just happened. 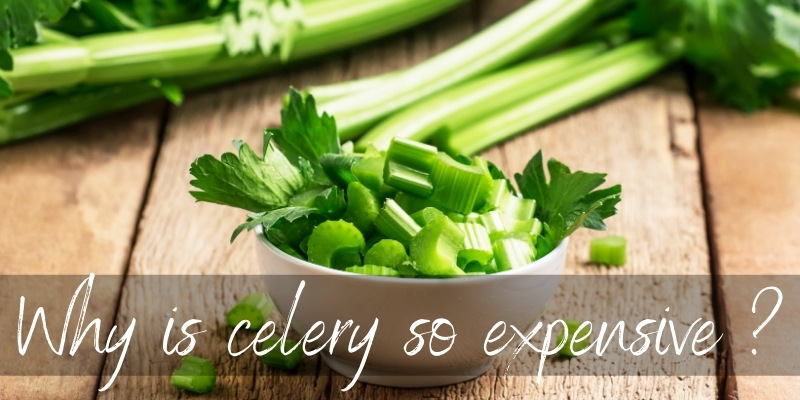 Table Of Content show
1 Why is celery so expensive ?
2 How much of the crops were ruined in California?
3 How much celery is there now ?
4 What is consumer demand for celery?
5 Celery alternatives to save money

Why is celery so expensive ?

Since late 2018 celery has become much more expensive because there’s simply less celery to go around. California (main celery producer in America) was hit by severe flooding and wildfires the same year, which led to losing more celery crops than usual.

Nearly all of America’s celery is grown in California, and very little is derived from neighboring states. The crops that California lost meant the nation’s virtual stock of celery was gone, aside from what was already in warehouses and markets.

In serious natural events like these, the soil loses a lot of nutrients, so growing more crops becomes more difficult. Future celery crops in California may be unstable, and now the price for celery is still high.

How much of the crops were ruined in California?

The majority of celery grown in the United States comes from California. They have three major growing regions. About 65% of it is grown between January and May. 93% of the celery grown in the USA comes from California. Both Florida and Arizona have small amounts of it to make up the rest of what is grown annually. While those states do contribute, it isn’t enough to make up for what California lost.

The crops of celery in California were hit twofold this season. Many of the crops were lost due to flooding in areas. Other locations had entire crops destroyed by fires. Celery isn’t hard to grow, and the crops tend to be very successful. This is especially true in the larger productions in California where they have the best conditions for it. 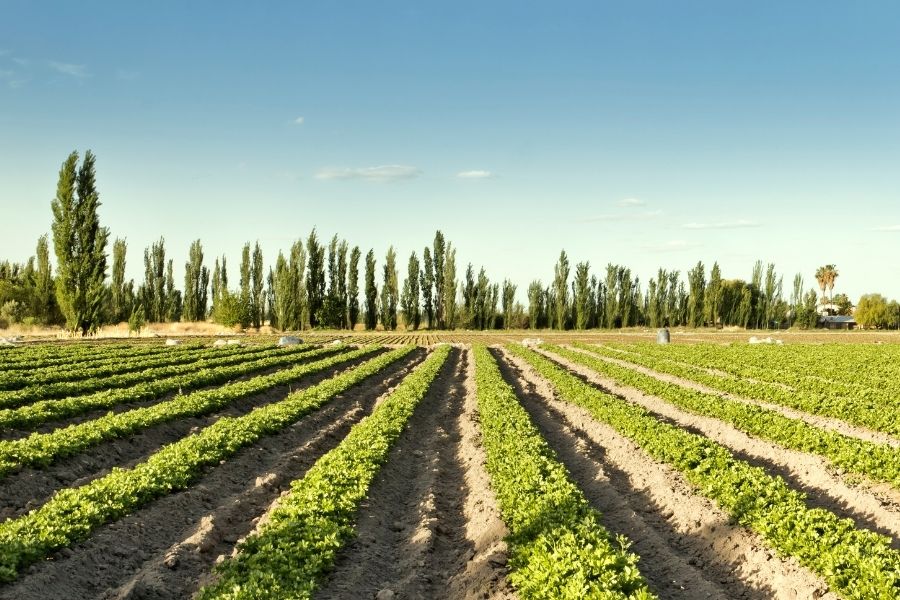 However, there was no way to account for the harsh repercussions from the flooding and California fires. Excessive rain in some parts of California where celery is grown is out of the ordinary. The crops weren’t able to survive the excessive amounts of water coming down day after day.

In other parts, the fires in California were moving at an alarming rate. While firefighters did their best to control and contain the fires, it took time to execute a plan safely and put them out.

There was no way to protect these areas from the crops being destroyed in large amounts. The best the producers can do is assess the damage and strive to get the land healthy to plant the celery again for next season.

Suppose the land has been severely damaged, such as depleted from vital nutrients. In that case, it will be harder for celery to grow in the future. Carefully assessing the situation and people doing their part to ensure future crops have every chance to thrive is important to the economy and celery price.

How much celery is there now ?

The volume of celery available at any given point in time varies. The growing season is different in various countries. It is often imported from one location to the next when a given country doesn’t have it in season. That import cost will also increase the cost of celery due to the transportation and shipping fees included.

It is hard to pinpoint the current availability of celery because it changes often. The harvest numbers are down, though, which has made it hard for the supply to meet the demand for it.

Many consumers will notice there is less and less of it in the stores they visit. At the same time, they will find the prices are much more than they used to be. This can result in them not completing the purchase.

If you are lucky enough to find celery at your local market, make sure you check the price before you put it in your cart. Consumers who just grab items and put them in the cart are in for a shock when they get to the checkout.

The higher prices on various items can influence your decision to get them or not. Be aware of the prices and the differences for celery now compared to what you used to pay for it.

What is consumer demand for celery?

Consumer demand for celery has increased significantly in the last 5 years. It has to do with far more than just the health benefits. The juice craze was thought to be a passing trend, but it is here to stay. Many gyms have juice bars and consumers can buy machines to make their own in the kitchen at home.

This means the hard hit with less supply of celery has been difficult to work with. Consumers get into a routine of making certain items or drinks. They also have favorite recipes that call for it. They may have to decide to modify recipes or do without, due to the demand for celery being much higher than availability.

If you can’t go without your celery, it is a good idea to shop around and see how offers the best price where you reside. Plan accordingly so the vegetables get used and don’t go to waste. It will be upsetting to pay more for them and then you toss them out because they went bad in the refrigerator.

Read Also:Why Are Figs So Expensive ?

Celery alternatives to save money

While there isn’t anything that can be done to remedy the supply and demand of the celery issue or the pricing, there are alternatives. Many consumers are getting creative when it comes to recipes where celery is used. They are either cutting back on how much they use or substituting other foods in its place.

Some consumers are skipping celery completely due to the increased cost. They have to look for the best value when they plan meals and shop for groceries. They buy vegetables on sale and in season to stay within their budget.

Still, there are a few alternatives that one can use for celery. These may not all taste like celery but will work well in a juice or in a dish: celeriac, bok choy, carrots, chives, cucumber, fennel stalks, garlic, green onions, leeks, shallots, water chestnuts.