Celeriac. Maybe you have it in your pantry, maybe you don’t. If you don’t then you’ll definitely need a substitute whenever a recipe calls for it, and it means you need to know what celeriac is. We’re pretty sure that, just by its name, most people can deduce its relation to celery. Afterall, what other food begins with “celer,” right?

But, interestingly enough, celeriac is not exactly what it seems. So keep reading, because we think you may actually be quite surprised to learn what celeriac really is. And of course we’ll provide you with the best substitutes.

So, without further ado, here are 5 of the best celeriac (celery root) substitutes! 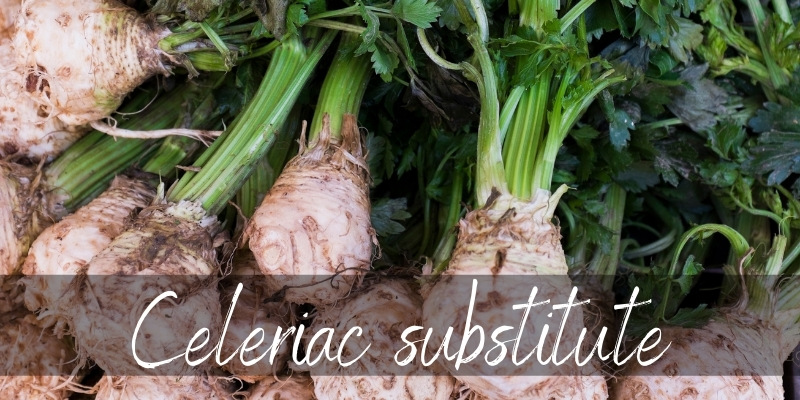 Though nothing can exactly mimic the intense, yet mild, savory sweet and unique flavors that are housed within the celery root plant, you may need to use a substitute anyway.

So, that is why we have compiled a list of 5 ingredients you will certainly find at the green grocer that can replace this tasty, starchy root vegetable!

Now, despite it being from the same plant family, this one is actually more different from celeriac in taste and texture than parsley root! We all know how mild and watery celery is, so if you decide to use it in place of celery root, just keep that in mind.

Depending on your dish, you may need to add a thickener to your celery so as to not make your dish too watery. Potato would work well, in addition to parsnip, carrot, parsley root, or just some cornstarch!

Plus, if you want a slightly stronger celery flavor, just add some of the celery leaves! Though they are normally thrown away, they are edible and actually contain some great benefits!

Read also: How To Store Celery Root So It Lasts Longer

Though commonly removed from its fluffy and fragrant green leaves, parsley root is the root of the parsley herb we all know and love. It is white or off-white, quite long, and actually akin (in look) to a parsnip! So, make sure you don’t get them confused at the store (though you could also use a parsnip to replace celery root). 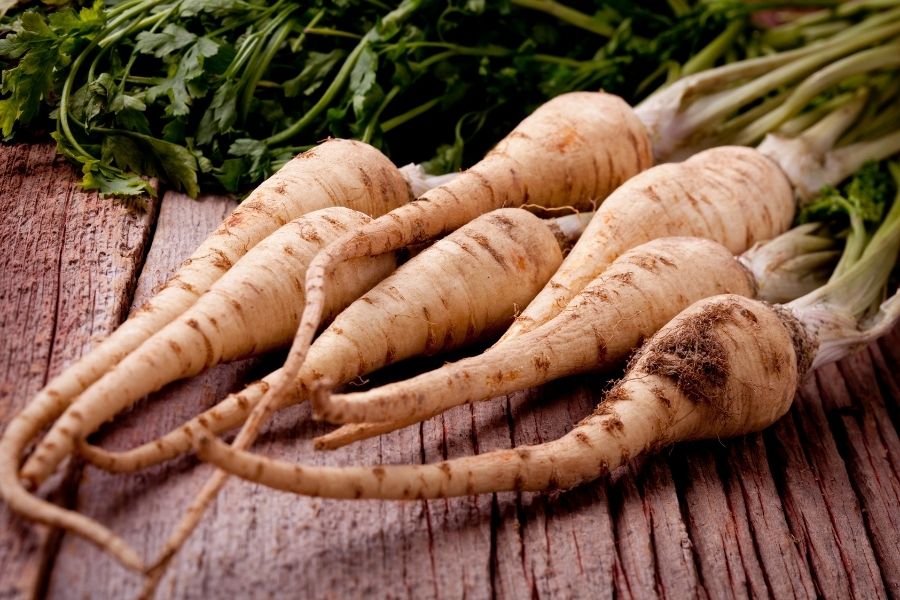 Parsley root will offer your dish a similar texture and color as celeriac, while also providing a nice flavor. Though it will not be exactly the same, many describe parsley root as tasting similar to celeriac anyway, with extra hints of carrot, potato, and of course, the leafy, parsley herb!

If you’re looking for a slightly stronger celeriac flavor once all is said and done, feel free to add some celery seed or celery salt to the mix!

As long as your dish does not depend on the white to yellow color of celeriac, using carrots in place of celery root should make an excellent alternative!

Carrots are similar in texture to celeriac, and many describe celeriac as having a slightly carrot-y flavor, so why not use that to your advantage? All you’ll need to do for this substitute is peel the carrots and either boil and mash them or just chop them up, depending on your recipe.

If you’d like to get a bit more of that nice earthy celery flavor, feel free to sprinkle some celery seeds into the mix! If you are fresh out of those, use celery salt, celery leaves, or parsley!

If you’ve ever seen a white carrot in the store, you may have purchased it just for the fun of it! But, upon tasting this interesting vegetable, you certainly would have tasted a difference. That, folks, is because it was a parsnip!

Parsnips, though similar in look to carrots and parsley roots, are their own vegetable with their own unique flavor! That being said, they are white, starchy, and slightly similar in flavor to celeriac, so they also make a great substitute in a pinch!

The only difference between celeriac and parsnip is that parsnip may impart a slightly sweeter flavor onto your dish, so watch out for that. If you would like to offset that a bit, just add some celery seed, celery salt, or even celery or parsley leaves to the mixture! 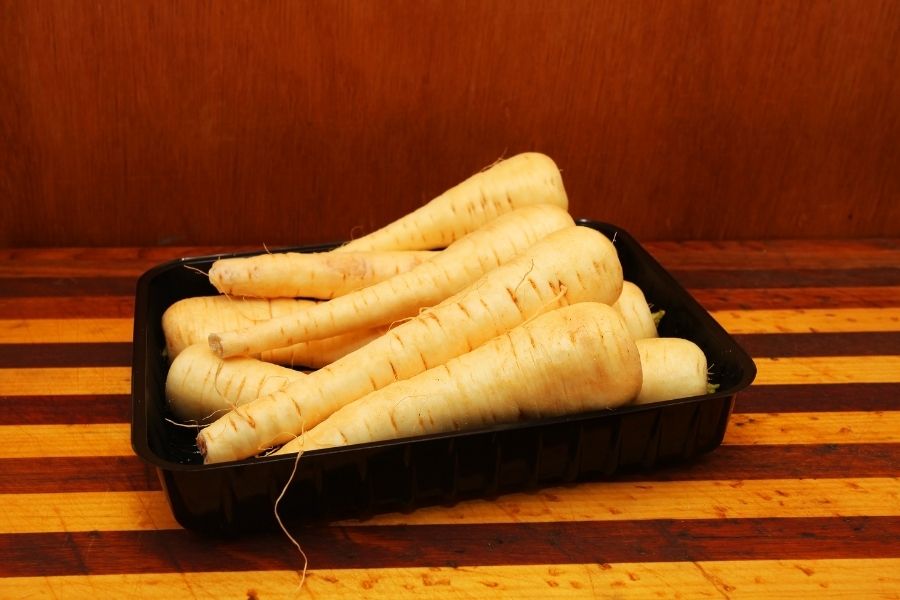 The wonderful thing about using potato as a celeriac substitute is how versatile it is. Similar to many of the previous substitutes, potato has a texture and color that will nicely replace celery root if fried, baked, or mashed.

What makes potato better is its calm, subtle flavor and its availability in the market! There is no grocery store you can walk into without finding a nice potato! And, depending on the variety, you can usually impart any flavor you want onto a potato so it’ll take on that flavor!

So, just like the previous substitutes, simply add some celery seed, salt, or leaves to the potato mash if you’d like that same celeriac flavor in your dish!

It’s best to really understand what celeriac is and how it’s different from celery, so you can get a good grasp on how to use it in other recipes. Or who knows, maybe find an substitute that we didn’t put on this list ?

After all, this is one of the most confused vegetables out there.

What’s in a name?

Although it sounds like it would be the same thing as your common, green and watery celery stick, it is not! Celeriac – also known as celery root, knob celery, or turnip-rooted celery due to its similar look to turnips – is actually a different variety of Apium graveolens altogether!

You ordinary celery vegetable is known only by the above Latin name, Apium graveolens, while celeriac (celery root) is the rapaceum variety.

And, since celeriac is considered a bit sweet in comparison to celery, we can assume that its name rapaceum – which can be roughly translated to dulce in English, meaning mildly sweet – speaks to its flavor!

Celeriac is actually the bulbous root head of the plant, holding a starchy, sweet flavor. Though it has green stems growing from its base that are similar to your average celery sticks, celeriac is not grown or harvested for these. These shoots can be eaten, but celeriac is the root of its own plant, not of the celery plant.

Where did it go?

Unfortunately, unless you live in the Mediterranean region or Northern Europe – where celery root is grown in excess – you may not find it every single day at your local green grocer.

And, since you may not have the easiest time finding celery root sold in stores (though it is definitely possible in smaller, unique markets), you may need to replace it with a similar tasting or textured ingredient.

Hopefully the above list was helpful to you, and you won’t even blink twice when you grab a celeriac substitute !