Mmmmm! Don’t you just love those dark, leafy greens? Fresh salads! Wonderful, healthy toppings! Well, we sure love them! And spinach is one of our favorites!

If you have ever munched on a nice fresh, green salad only to notice a soft, crisp leaf in there that was not like the others, or perhaps, if you’ve ever enjoyed boiled leafy greens that have a slight tang in them, you may have actually eaten some spinach!

But what does spinach taste like ? All the time you find spinach flavored with something, usually garlic and cream. But what does it taste like on its own ? Let’s find out ! 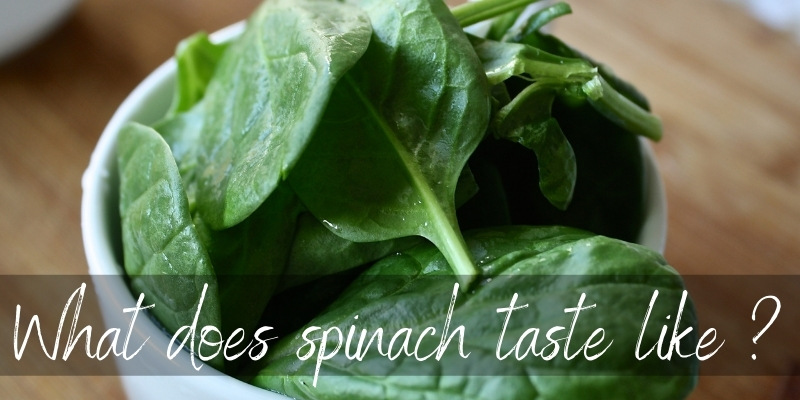 Raw spinach has a slightly sweet, mild, herb-like, grassy flavor that blends well into any salad or sandwich. Cooked spinach becomes tangy and slightly acidic in flavor, which most people try to mask with garlic.

Now, we know that you are probably familiar with buttery, rich Greek spanakopita (or spinach pie) and your aunt’s classic, heavy and decadent creamed spinach, but those dishes do not tend to bring out the flavors of spinach. Instead, they tend to mask them with many other flavors, making it difficult to place a taste of this funny little leaf.

But, beneath those layers of pastry dough, cream, and loads of spices, you will find that the once thought ordinary, humble spinach leaf is not actually all that ordinary, after all.

Spinach, whether raw or cooked, has a very unique and distinct flavor when left unmasked, and a very recognizable, fun texture! That is why we wanted to delve a bit more into the once-thought lowly spinach leaf to show you how great it really is!

Keep reading to find out the depth of flavor contained in spinach!

Like all foods, spinach has a different flavor and texture when raw than it does when cooked. Though it’s flavor differences are quite slight, we’d like to discuss those subtle notes now!

The main three types of spinach each have their differences in look, but their flavor when raw is very similar. Savoy, flat, and semi-savoy are all cool, mild, and slightly sweet when raw.

Once you bite into a leaf, you will feel a small gush of water burst from the puffy green layers, possibly leaving you a bit shocked! After all, the leaves we eat usually don’t have that sort of bite to them!

Not to mention, sometimes raw spinach can be a little bitter, so make sure you try it first before making an all spinach salad! As for wild spinach, when this is eaten raw, many compare its green, earthy flavor to cabbage or sweet asparagus!

As we touched upon above, raw spinach tends to have an unusually watery bite to it. Its leaves are just so full of water, that it may even cause a squeak in your teeth as you chew it! This can be off putting to some, but if you can deal with it, you’ll certainly be glad you did!

Oddly enough, when raw, spinach tends to leave a dry feeling on the tongue, despite its water content. This is thanks to the combination of spinach’s chemicals within your mouth as you chew it. So, don’t worry about a weird feeling in your mouth when munching on your spinach leaves; it is totally normal! 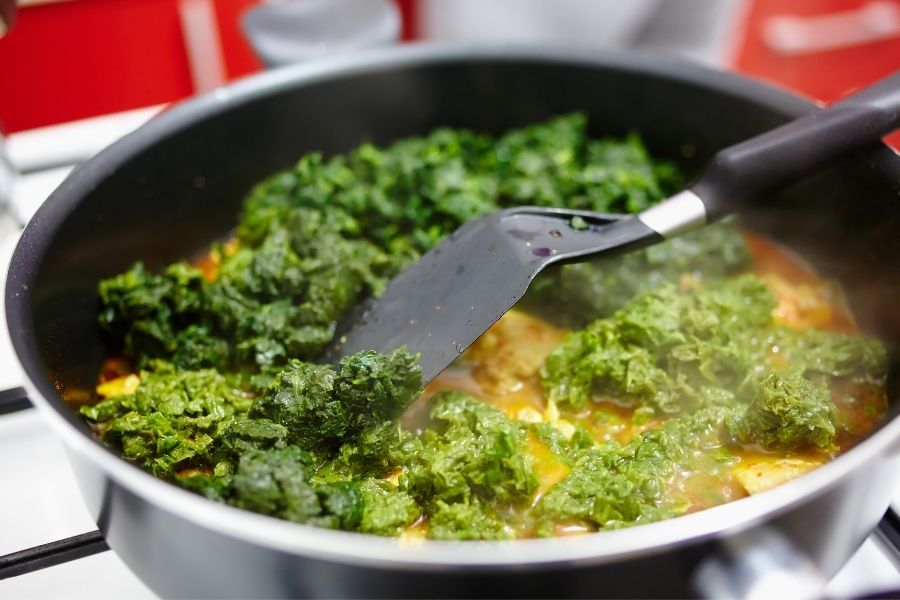 If you decide to boil your spinach, its flavor will become enhanced, making it even sweeter, and even more earthy! Many prefer eating spinach this way, as it becomes soft and sweet!

If you choose to bake it, though, you could probably imagine that it’ll just taste like crunchy air. But hey, crunchy air can be tasty sometimes! After all, kale chips are all the rage, so why not spinach chips?

Again, depending on how you cook your spinach will determine its resultant texture.

For boiled spinach, all that water will seep out, and the leaves will boil in their own juices, making them soft, slippery, and oh so delicious! Just be careful not to slurp them down! Boiled spinach is easy to choke on.

As for baked spinach, all that water will leave the leaves (pun intended), causing its structure to completely change from bouncy and firm to crunchy and crumbly. If this is the route you choose, make sure not to grasp the spinach too tightly; it may just disappear into nothing right in your hands!

What is spinach related to?

Spinach is a leaf vegetable (known also by its Latin name Spinacia oleracea) that just so happens to be in the same subfamily as other healthy favorites like swiss chard, quinoa, and beetroot!

So, the next time you switch out rice for quinoa or accidentally stain your clothes with beet juice, you can remember that both of those veggies are related to dear, old spinach! 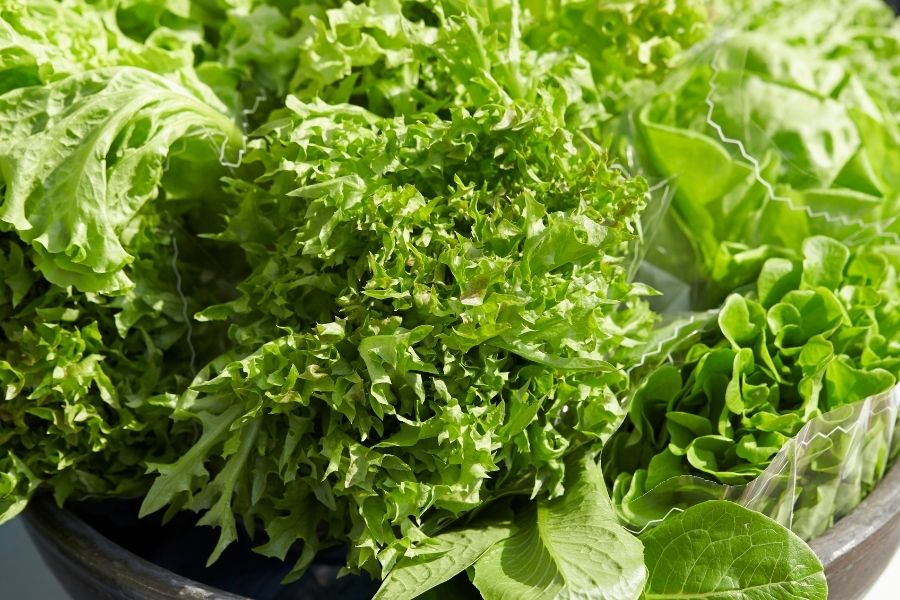 Where is spinach from?

Though the origin of its name is not known for certain by historians, what we do know is that spinach is native to the continent of Asia. Historians and scientists alike believe that our beloved, yet ordinary spinach plant has been around longer than most modern nations at a whopping 2,000 years old!

How many kinds of spinach are there?

Broadly speaking, there are three different subsets of spinach. Each one is slightly different from the next, but all three are quite recognizable to the keen eyed grocery shopper! You could surely find each of the three in your local fruit market, although maybe not all at once.

You’ve got your savoy, who’s leaves are a deep, vibrant green, with bumps and curls making them slightly similar in look to kale.

Then, you have your flat or smooth leaf spinach, which is a bit of a lighter green and, as the name would suggest, not as bumpy as the savoy spinach. This is where baby spinach comes in, as it is actually made up of the smallest flat leaf variety!

And finally, you have a combination of the two in the form of semi-savoy, which is both easy to clean and disease resistant! The latter quality makes this kind of spinach quite popular among spinach lovers and gardeners!

There are many types of spinach with slightly different tastes but are not wildly different. I hope this article helped you better understand the taste of spinach raw and cooked since this is a very versatile vegetable and can have lots of uses.