Both curly parsley and flat parsley have been popular as seasoning and garnishing herbs across the western cuisine. At one time, the trend was so strong that chopped parsley garnish was considered synonymous with fine dining.

These days, a distinction is made in how these two herbs are used in the food we cook and eat. There is a valued addition to the seemingly simple objective of seasoning or garnishing, from making the dish look prettier to making the dish more flavorful and tasty.

So, here starts a curly parsley vs flat parsley debate. Between the two parsley leaves, your choice can have a significant bearing on the visual aesthetics and flavor of your dish. 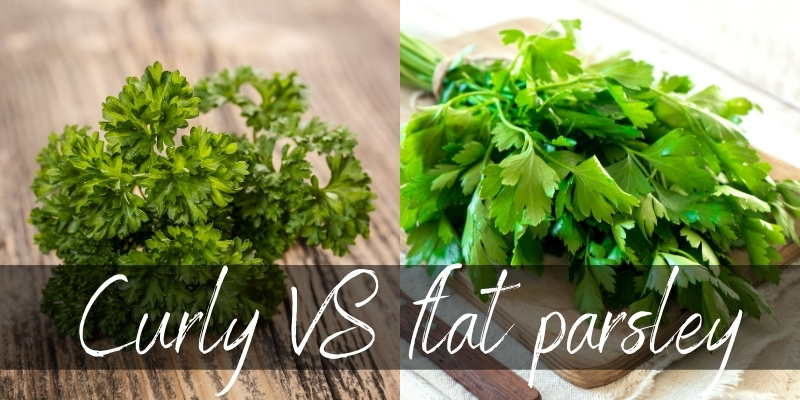 Table Of Content show
1 Curly VS Flat leaf parsley”Italian”
1.1 Italian parsley leaves have a stronger flavor
2 Can you substitute flat parsley for curly ?
2.1 What if you have to use one for the other?
3 When should curly or flat parsley be used ?

A major difference between the two types of parsley leaves is the shape and the way they look. The names of these two leafy herbs may already give away some ideas of what they look like: one with curly leaves, and the other with flat ones.

Italian parsley has a herbaceous flavor and that’s why it easily finds its way in the Mediterranean cooking. Many chefs treat it in line with seasoning herbs such as oregano or basil.

In contrast, the curly parsley leaves shine more as a garnish than its ability to swing the flavor or taste. As a young leaf, it has a muted grassy taste while it tastes slightly bitter when old.

The taste or flavor you get from Italian parsley is variable and slightly quirky.

In any case, flat parsley seems to be the one everyone thinks of when deciding is they like the flavor of parsley.

Can you substitute flat parsley for curly ?

This is a hugely debatable question that sharply divides the opinion of the cooks and chefs. Many of them believe that only Italian parsley can substitute curly parsley, and not the other way around. 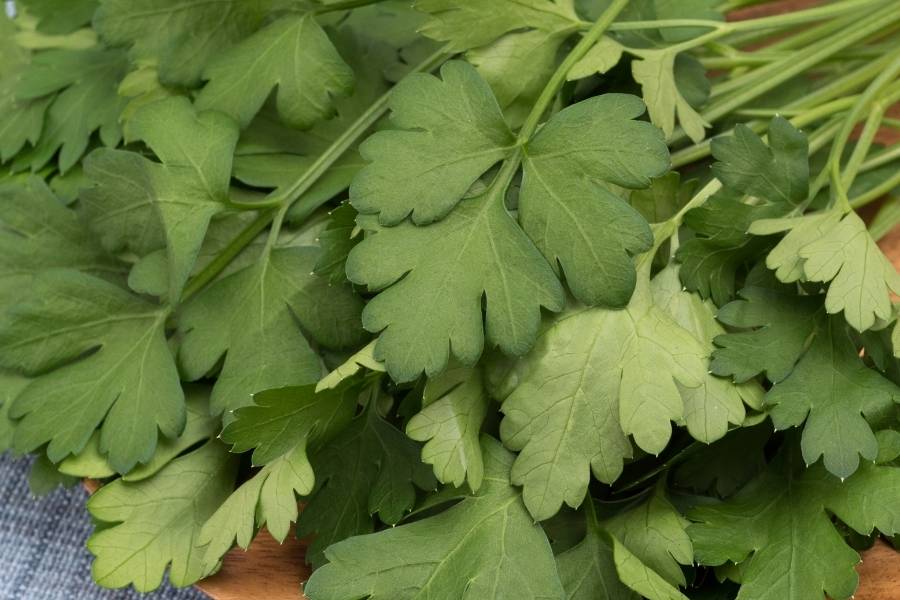 It can be used both for seasoning/flavoring and garnishing in a thinly chopped form. But not all agree to this viewpoint.

The disagreement stems from the perception that curly parsley leaves are flavorless, so there is no point using them for seasoning and garnishing.

But it is not true that all curly parsley leaves are flavorless, many of them do have their aroma. It depends on the age of the plant and the kind of soil it comes from.

The difference between the two parsleys, is highly nuanced and it has to be understood as such without ticking the box for one and not for the other.

And if you can care for the aroma that it brings, it has a very distinct place among the seasoning and garnishing herbs.

What if you have to use one for the other?

It stays bright, firm, and lively longer than Italian parsley even after chopped thinly.

When should curly or flat parsley be used ?

In the curly parsley vs flat parsley debate, the Italian parsley is more suited to Italian dishes because they are mostly strong in flavors. Flat parsley leaves should be used in dishes with strong flavor profile.

You can use these flat leaves in garnish as well but more so when you want to add a dash of flavor with the green decoration.

Curly parsley leaves are synonymous with their decorative appeal. The best way to use this herb is chop it in generous amounts and sprinkle it over the ready dishes. It would add color and decoration to the dish.