Parsley is a vegetable like many green leafy vegetables we love, such as spinach and celery. Why is there confusion about parsley’s status as a vegetable?

It may be because people don’t use it predominantly as a major vegetable. They are using it more as a condiment to add flavor to their vegetable dishes. 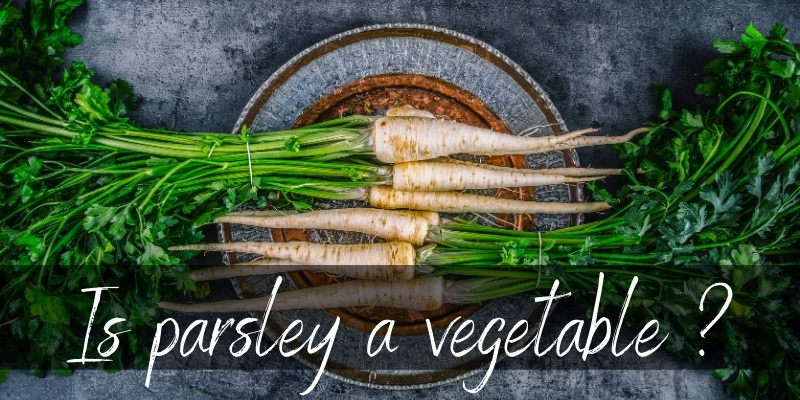 Is parsley a vegetable ?

Parsley is a vegetable that is used for both its roots and its leaves, although most people know it only for the leaves.

As a vegetable, parsley in the same ballpark as carrots, celery, beets, onions and any other veggies that uses both the underground root, and the leaves.

While it may sound a little strange that parsley is a vegetable, it’s one of the oldest and most common ones.

Most folks use the leaves as a garnish, or a way to add more flavor to their dishes. A few others use the root the same way celery root is used, as in boiled, mashed, sauteed or simply added for flavor and then removed.

Parsley is more commonly used as a garnishing and seasoning herb than as a full-fledged vegetable. But if we go by the definition of vegetable, parsley is a vegetable.

A vegetable is defined by a plant or part of it which can be used for human food, but which is not a fruit or seed. Parsley is neither a seed nor a fruit, and it can, of course, be eaten by humans. This definition puts parsley clearly in the category of vegetables.

Granted, the definition for vegetables is very wide and encompasses all sorts of food items. But it is what it is and if botany says so, who are we to disagree ? 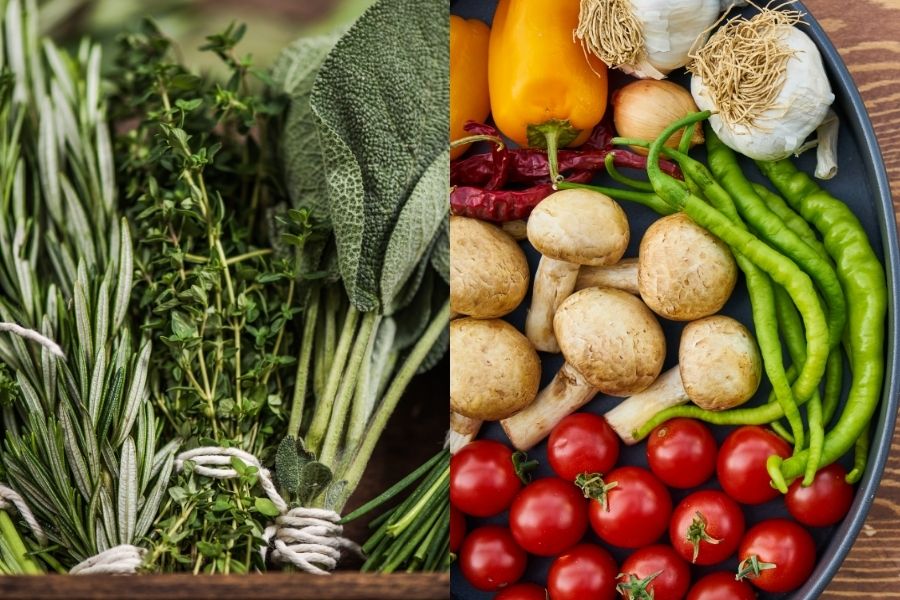 If parsley is a vegetables, you may ask why it does not it look like a vegetable. It’s because the common perception about what makes a plant food vegetable is a little flawed.

We tend to think that only such plants that grow a distinctly edible part such as carrot, potato, cauliflower, etc., can be considered vegetables. But this is not true.

There are many vegetables which are just leaves, but are still actual vegetables. Spinach is a great example of such kind of foods while there are possibly thousands of other leafy vegetables found all over the world, but only locally recognized and consumed.

When we think of herbs, we think of parsley, cilantro, celery, yes but all of these are actually vegetables in their own right. Herbs are more of a culinary term than a botanical one.

What is a vegetable after all?

Usually, in case of vegetables, we differentiate between the plant and its edible part, calling the edible part a vegetable.

This may look alright for the ease it offers to identify a vegetable. But discarding the rest of the plant is not always right.

Many times the leafy part of a vegetable such as broccoli, cauliflower, or cabbage is edible. Discarding such luxuriant green leaves in bulk, which can easily be eaten as a vegetable, is not a great idea.

Take shallot greens, for example. We all know shallots as the purplish, long onions but young shallots (like spring onions) have long, green sprigs that are actually edible !

Or, the flowers of a cilantro plant. It’s the last thing anyone thinks of, but when you’ve got a garden full of cilantro you will consider the flowers as well.

Parsley root is also a vegetable

Parsley is another vegetable than can be used for its root. Much like celery gives a very strong flavor to soups and salads, mashed potatoes and pretty much anything, so does parsley root. 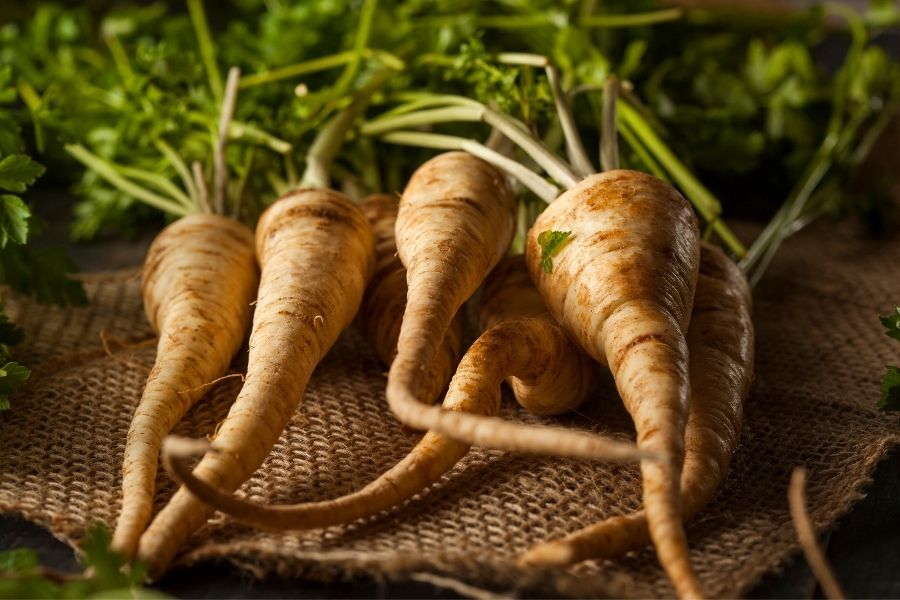 It’s got an earthy tone with a deep herbal flavor, which makes it more suited to really rich, hearty meals. It reminds you of fall the same way bell peppers and roasted tomatoes remind you of fall.

Overall, the entire parsley plant is edible and a vegetable.

Parsley is a member of the Umbelliferae family of vegetables. Other notable vegetables of this family are parsnips, carrots, celery, and fennel. These plants are hollow stemmed and fragrant.

Parsley is a nutrient-rich vegetable more famous for its flavor and aroma. It was cultivated and used by the Romans and the Greeks. In ancient times, it was considered to be a medicinal food.

And there is a strong reason for that. It contains Vitamins A, C, and K as well as minerals such as potassium and iron, and antioxidants, fiber, and folates.

Today, parsley is more popular as a herb that can be used both as a garnish and seasoning condiment. But it is a nutritious leafy green that can be eaten as vegetables as well.

Read Also:How Long Does Parsley Last ? Here’s What You Need To Know

Parsley which is available in two variants — curly leaf and flat leaf — is a green leafy vegetable known for its aroma, bright green color, and high amounts of nutrients and minerals.

While it is more popular as a condiment, it can be cooked and consumed as a vegetable. The distortion in its identity from a vegetable to a herb has come about in recent decades, when modern culinary practices would have it more as a flavoring and seasoning agent than a vegetable in its own right.

Maybe, parsley awaits another round of its discovery as an important vegetable rather than just a herb that goes in for seasoning and flavoring.