You’ve most likely got a bottle of soy sauce at home right now, Whether you’re into Asian cuisine or just want a splash of extra flavor in your meals, soy sauce is pretty much mandatory.

As for what kind of soy sauce… well, you’ve got cheap and you’ve got expensive, and there’s a middleground. The quality of the food will always be closely tied to the quality of your ingredients. And this means soy sauce, too.

Now let’s discuss why soy sauce is expensive, and how you can get your hands on the best. 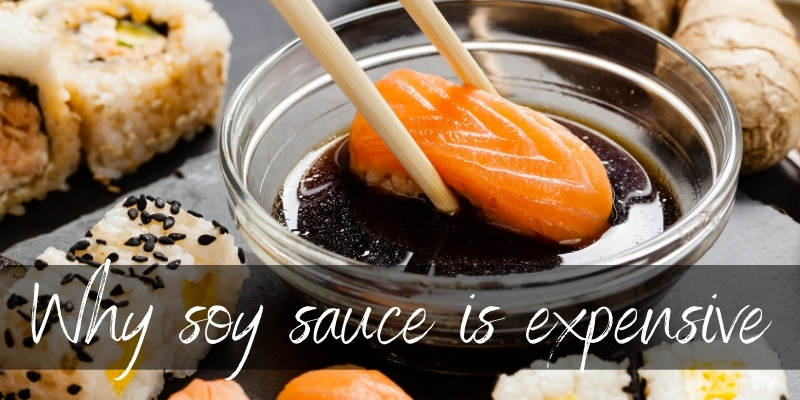 Table Of Content show
1 Why is soy sauce so expensive ?
2 What makes soy sauce authentic ?
2.1 Standard Procedures for Making Artisanal Soy Sauces
3 Finding the best soy sauce – check the label
3.1 What to look for on the label
3.2 What shouldn’t be on the label
4 Quick soy sauce price comparison
5 Get the right soy sauce for your food
6 In conclusion

Why is soy sauce so expensive ?

Authentic Soy Sauce is expensive due to the process through which its natural ingredients are mixed, cultured and then fermented for anywhere from six months (for standard brands) to an extended period of up to four or five years.

The key is that certain natural ingredients must be present; the mixing and culture must follow a precise formula; no external flavoring, color or preservatives are to be added and a lengthy fermentation period is required at the end.

The aging process of artisanal soy sauce is what makes them exquisitely balanced, and expensive.

Cheap soy sauces are a dime a dozen. They can be made in a couple of days with synthetic ingredients such as water, hydrolyzed vegetable proteins (in lieu of soybeans), corn syrup or another cheap sugar, caramel coloring and artificial flavoring.

They will typically contain preservatives to maintain texture and prevent the mixture from falling apart. Though our taste buds have gotten used to these knock-offs in many cases, they are not even comparable to authentic artisanal soy sauces.

Some of the higher end soy sauce manufacturers estimate that less than 5% of what passes as “soy sauce” in the world is made through an authentic process.

It’s been said that for a mixture of low price and halfway decent authenticity, Kikkoman may be the minimally acceptable, widely-available store brand. Let’s delve a bit deeper.

Soy sauces are an ancient condiment. Its use was first recorded during the reign of the Western Han Dynasty (206 BC to 220 AD) in China. The recipe evolved from soy paste, which had been widely used in China from even further back.

The two main types of soy sauce vary in terms of the proportion in which their key primary ingredients are mixed. Traditional Chinese soy sauce used more natural soy. It was common to see 100% soy being used, even though some grains (principally wheat) were mixed in at times.

A later mix evolved in Japan, where wheat was mixed in more liberally. Traditional shoyu sauces made in Japan have equal mixes of soy and wheat. There are exceptions – most of the Tamari soy sauce produced today is gluten-free.

Nowadays, most of the highest quality artisanal soy sauces are manufactured in Japan.

Read also: What soy sauce really tastes like, by type and country

Though the mixture and culturing process may vary slightly based on how the soy sauce is meant to end up (for example, its thickness, clarity or taste), the general process for making artisanal soy sauce is as follows (we assume that wheat is added in some proportion to produce a clearer, thinner soy sauce):

There are several possible tweaks along the way. They could include:

Look for some telltale signs that will help you distinguish authentic artisanal sauces from cheaper versions. All soy sauce brands have to state the ingredients, and how transparent they are on the label will tell you a lot. 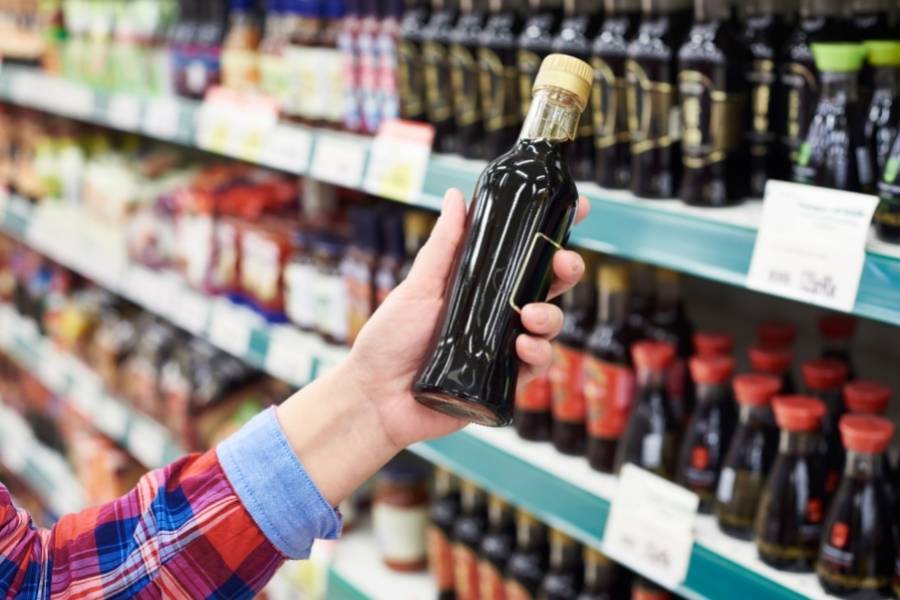 For one, if some ingredients are missing or it just says ‘soy sauce’, you can putt hat back. Then, if you notice the soy sauce is actually watered down soy sauce, you can put that one back as well.

What to look for on the label

Things that are critical include the bacterial culturing processes used to create koji (using _aspergillus _molds) and then to create moromi from koji (using lactobacillus).

If you don’t see any mention of aspergillus in the ingredients listed on the back, you know that the manufacturer has not followed a standard artisanal process.

Also, as mentioned above, higher end artisanal soy sauce can be fermented in special containers for three to five years. Aging is one of the main keys to quality in such cases.

What shouldn’t be on the label

Premium brands will also advertise that no artificial coloring, fillers or additional preservatives have been added.

By contrast, quick and dirty methods and even some well-known brands may fortify their soy sauce mixtures with such synthetic additives.

For example, check to see if synthetic soy, caramel coloring, sugar, preservatives and artificial flavorings are listed on the bottle – you will know that this is not a premium soy sauce brand.

To understand the differences in artisanal soy sauce vs. standard store brands vs. the cheap, synthetic knock offs, let’s consider the prices of the following brands:

Traditionally “Dark” all-purpose Soy Sauce popular in the US

Traditionally “Light” all-purpose Soy Sauce popular in the US

Kikkoman is a middle of the road, but reliable, brand found in grocery stores everywhere.

La Choy is another low-end brand that is more common in US.

What is interesting to note is how the quality drops off (synthetic ingredients and aging, more flavoring, colors and preservatives added) as we go from the top two brands mentioned above to the more middle of the road Lee Kum Kee brand and finally to the low end brand.

The top brand of artisanal soy sauce is 9 times more expensive than the bottom brand of generic, quickly concocted soy sauce – and with good reason. A discerning palate will be able to clearly make out the difference.

Get the right soy sauce for your food

A wide variety of soy sauces are found in the domestic and international condiments section of the supermarket. Brands from China, Japan, Korea, Vietnam, Philippines and Thailand are among the main ones. 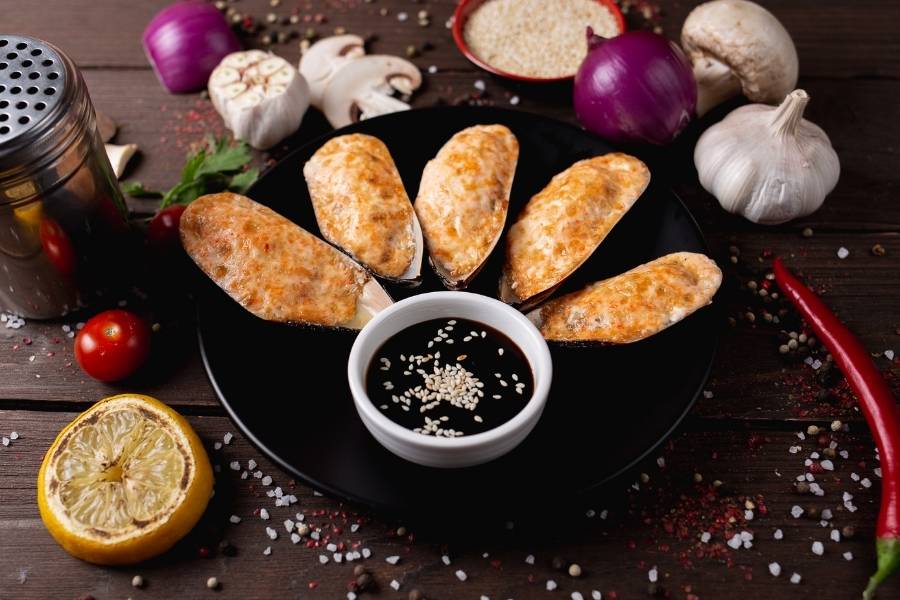 US brands such as Tabasco also manufacture soy-sauce, but most authentic artisanal brands are manufactured overseas and distributed through US partners.

The main types of soy sauce include:

1. LIGHT OR THIN SOY SAUCE – Traditionally Chinese, these “thin” soy sauces are made from the first pressing of fermented soy and are the most common variety found in the US. They are higher in sodium content, so look out for Salt Reduced or Low Sodium options.

2. DARK SOY SAUCE – These sauces are made darker and sweeter through aging in artisanal brands, while caramel coloring and/or molasses are often added in cheaper varieties.

3. THICK SOY SAUCE – These are also called soy paste or soy jam. Darker and thicker than normal dark soy sauces, these sauces are made by adding sugar and more wheat during the fermentation process. Thickeners such as starch may also be used.

4. WHITE SOY SAUCE – A Japanese specialty, white soy sauces are pale golden in color and have a delicate taste. They are produced by using a higher wheat to soy ratio.

5. GLUTEN FREE SOY SAUCE – Many all-purpose brands marketed in the US offer gluten free options, where no wheat is used in the manufacturing process. Tamari soya sauce from Japan is usually gluten free as well.

6. SPECIALTY SOY SAUCES – There are multiple specialty soy sauces with commonly used flavors such as mushrooms, shrimp and tabasco. One distinctive flavored soy sauce is the Indonesian Kecap Manis – a very sweet, thick sauce ubiquitous in Indonesian cooking (it is also popular in certain Dutch dishes). Kecap Manis_punches in a whole host of sugar and spices, such as garlic, palm sugar and star anise to produce a unique taste.

If you are precise in how you want to use your soy sauce and if your palate is refined enough to taste the difference, you will not mind paying a higher price for a gourmet experience.

Eschew the ordinary, check the list of ingredients when hunting for your next bottle … you will not be disappointed by what you find. Enjoy!!