Spices just seem to always be in your pantry, don’t they ? Cinnamon, pepper, paprika, and even herbs seem to always be there, year in and year out. One of the most common spices in anyone’s spice cabinet is cinnamon. Does cinnamon ever go bad ?

This is what we’re going to take a look at, since cinnamon is that one spices that’s in everything for nearly half the year in the cold season. 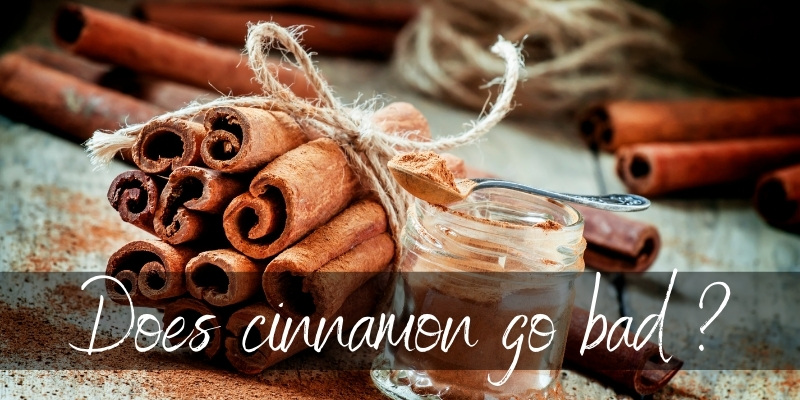 Table Of Content show
1 Does cinnamon go bad ?
1.1 Stick cinnamon lasts longer
2 How to store cinnamon so it keeps its flavor
2.1 Use an airtight container
2.2 Store in cool, dry place
2.3 Keep cinnamon from direct sunlight
3 What if your cinnamon already lost its flavor ?
4 Tips on using cinnamon
4.1 Buy cinnamon sticks, grind them when needed
4.2 Pair cinnamon with another spice
4.3 Look for Ceylon cinnamon

No, cinnamon does not go bad, it just loses its flavor if exposed to the air for a few weeks. If stored right cinnamon can keep its flavor for up to 2 years. Like any other spice, cinnamon is very sensitive to oxidation, so its flavor will evaporate almost completely if you leave it on the counter, as-is. The cinnamon itself has a low chance of turning moldy or making you sick, since cinnamon oil is a powerful disinfectant by itself.

The best way to keep cinnamon around the house is in stick form. Put the sticks in an airtight container, away from direct sunlight and moisture. Whenever you need fresh cinnamon, break off a piece of the stick and grind it with a spice grinder. This way you have fresh cinnamon. And you can use it in stick form if you want.

How to store cinnamon so it keeps its flavor

The key to preserving cinnamon’s flavor is storing it properly. The following tips apply to all spices, since they work differently than other foods. Here’s how to store cinnamon so it keeps its flavor for as long as possible.

Use an airtight container

Like any other spice, cinnamon is very sensitive to air exposure. Or the best way to keep cinnamon is to use an airtight container. It could be plastic or glass, but not plain metal (unless coated with enamel).

If your cinnamon comes pre-ground, in a small plastic bag, make sure to get the resealable kind. It can keep the flavor fresh for longer. And if you want to be extra-sure, fold the top over and secure it with a clip or a small elastic.

Cinnamon is a dry spice, but it will absorb moisture if given the chance. Always make sure the container or bag you keep the spice in is very well closed, and your pantry or spice cabinet is perfectly dry.

As for heat, cinnamon releases more of its flavor when exposed to heat. So keep it in a cool place, but not necessarily in the fridge. This means that storing your spices in a top cabinet where the kitchen heat rises isn’t a good idea. Try and store them in a lower place, or a place that doesn’t get very warm often.

Most of the time cinnamon comes pre-packaged in a opaque containers or bags. But in case yours doesn’t, keep it away from direct sunlight. The sunlight itself will remove some of the flavor, as well as heat up the interior of the container. And if your container is as airtight as it should be, the air inside will sweat, leading to moisture and a very sad, clumpy cinnamon.

What if your cinnamon already lost its flavor ?

In case your cinnamon has lots its flavor, there isn’t much you can do aside from using more of it. Depending on how much flavor is left, this may be pointless and the cinnamon may taste like nothing.

So in case your cinnamon has lost all of its flavor, throw it out and get a new one. There’s not much you can do wit it, because the key ingredient in it was the cinnamon oil, and the cinnamaldehyde in it. It’s not even useful for your garden anymore.

Whenever you’re using cinnamon, keep in mind that it’s a potent spice and you can easily use too much of it. And there are way to get as much as you can from your cinnamon, no matter what kind you have. Let’s take a look.

The best version of cinnamon is cinnamon sticks. Ground cinnamon presents some disadvantages, like:

So try and find cinnamon sticks. They’re a bit harder to find but they pack much more flavor, and you can grind your own as needed. As long as you store them in a cool, dry, airtight container and away from direct sunlight you cinnamon sticks will last your for up to 2 years. 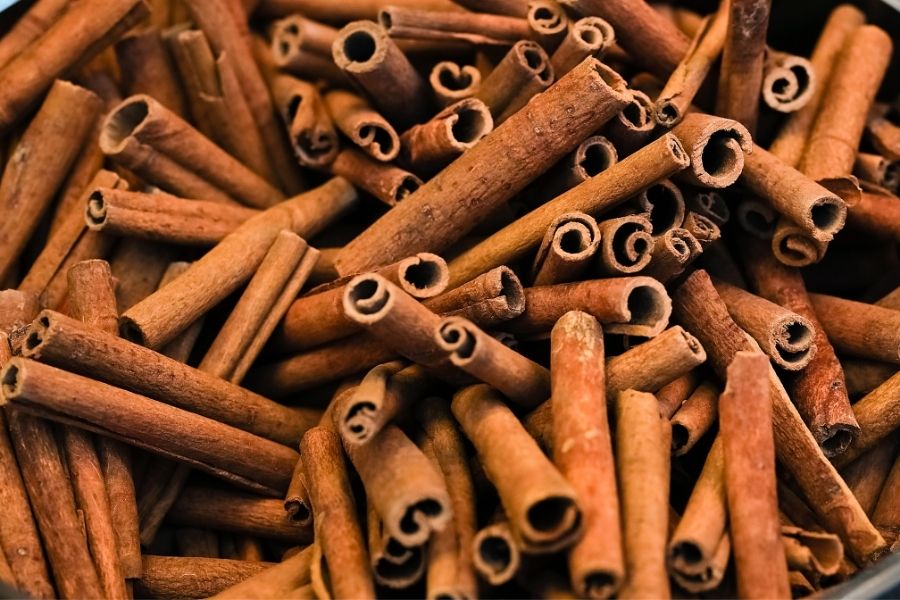 As for how to grind it, you can use a spice grinder, a mortar and pestle, or carefully smash it with a hammer on your countertop. Having it in stick form also make sit easier to use in recipes where you wouldn’t want the sludge that form when ground cinnamon touches water.

Pair cinnamon with another spice

Cinnamon is beautiful on its own, and has a fairly complex flavor. But just like anything, it needs another flavor, in a smaller dose, to bring forth all of its notes.

We’re not talking about sugar, because that’s almost always present when adding cinnamon. We’re suggesting you use another spice, depending on your preferences. Here’s a few examples:

None of these should be in large amounts, but rather added as an afterthought, in a small amount, to complement the cinnamon instead of compete with it.

A note on sugar: cinnamon has a way of making things have a sweet aftertaste. So any sugar you add will be amplified by the cinnamon. This is your chance to use less sugar, if you were looking for one.

Ceylon cinnamon is Sri Lanka cinnamon, and it’s grown in several countries. But it’s much harder to find, since it has a smaller yield and does not have as much cinnamaldehyde. Because of this, its sweet aroma is easier to notice and it’s considered more delicate.

Overall, Ceylon cinnamon seems to be better in terms of flavor. It’s harder to find, but you can look for it in spice markets or dedicated shops. Look for the sticks, and you should notice the Ceylon ones being a bit smaller, more delicate, and the rolls have a thinner layer than the Chinese versions.

And that’s pretty much it about cinnamon. It doesn’t go bad, in that it doesn’t go moldy and make you sick except on very rare occasions. The cinnamon oil in it is a very good disinfectant, so you shouldn’t worry about that. Still, always keep your cinnamon well stored to make the most out of its flavor.

It can keep up to 2 whole years if properly stored, and in stick form. We know it’s a bit of a splurge to buy the sticks instead of ground cinnamon, but it’s worth the extra penny. Especially in the colder season when cinnamon is a heavily used spice.