Cinnamon is possibly one of the best spices out there. Indeed, in days of old it was considered fit only for monarchs and religious purposes,  alongside saffron. Nowadays you can easily find it, and it’s heavily used in the cold season. You know what we’re talking about, once September 1st hits, spice mixes are all over the place.

One thing you may have noticed is that cinnamon can be spicy. You wouldn’t expect that from something that’s meant to be sweet, right ? And for those who like their food sweet and spicy, this is right up their alley. Let’s take a look at why cinnamon is spicy, and why it seems to differ between brands and batches. 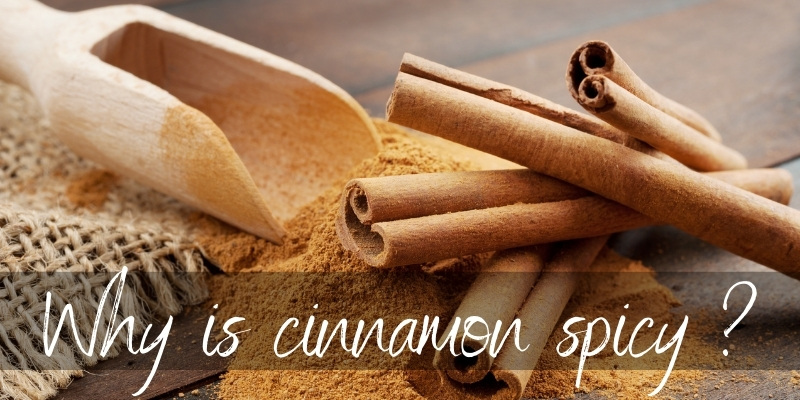 Why is cinnamon spicy ?

Cinnamon is spicy because it contains cinnamaldehyde, which is a key component of cinnamon essential oil. All cinnamon sticks have this compound, and there are two main species of cinnamon on the market: Ceylon and Chinese.

Ceylon, or Cinnamomum verum, is the cinnamon that was originally cultivated, thousands of years ago. It’s not as spicy and it’s actually sweeter than its counterpart.

Chinese, or Cinnamomum cassia, is the cinnamon originally grown in China, though it’s not cultivated throughout Southeast Asia.

The cinnamon essential oil (along with its cinnamaldehyde) is classed as an irritant, and it’s a very potent flavor. Direct contact with the skin can cause a mild burning sensation, while contact with mucous areas will burn much more.

Let’s clear up the Ceylon and Chinese cinnamon discussion. The original cinnamon, at least as ancient trade is concerned, is the Ceylon (old name for Sri Lanka) version. It is what the ancient Greeks studied and revered so much. Because of this, its Latin name literally translates to ‘true cinnamon’.

Chinese cinnamon is also a cinnamon species, originating from southern China; it is not a knock-off. But just like coffee beans have different versions (arabica and robusta), so does cinnamon. There are other types, like Indonesian, Vietnamese, and Saigon cinnamon, but these are rarely found on the market. In fact, most of the cinnamon sold across the world is Chinese cinnamon.

The main difference between Ceylon and Chinese cinnamons is their flavor. Where true (Ceylon) cinnamon is more floral and delicate, Chinese cinnamon has a higher cinnamaldehyde content, overshadowing the delicate notes. Thus, the Chinese cinnamon ends up spicier, with a simpler flavor, less complex.

So how do you find true cinnamon ? You can find it in specialized spice stores or spice markets, since it’s not that easy to find. The rolls look more delicate than the Chinese ones, and the bark is thinner.

If you’re debating whether to use cinnamon essential oil or ground cinnamon, stop right there. Those are two versions of cinnamon and they work differently.

So if you want to flavor a small batch with just a bit of cinnamon, it’s better to use ground cinnamon. It works best for breads, cakes, cupcakes, cookies, and so on.

Cinnamon oil is useful when you only want the flavor, and you have a big batch of food to make. A single drop goes a long, long way and in a big enough batch it will get you the right flavor. But you risk getting everything a bit spicy. 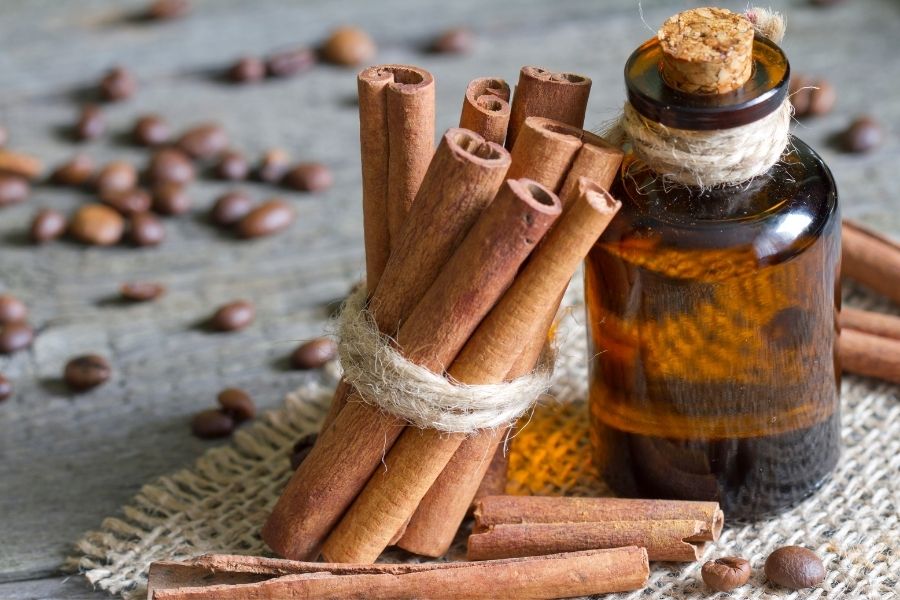 How to counteract cinnamon’s spice

If you dropped the cinnamon in a food, it’s relatively easy to fix, assuming you didn’t double the amount you were supposed to add.  Luckily, most of the times you have to add cinnamon you add it ground, so your first fix is to try and scoop up as much of the ground cinnamon as you possibly can. Now let’s look at your other options.

If you’re in the middle of a dessert recipe and you’ve already mixed in the cinnamon, try adding some more starch. It could be flour, rice, cornstarch, tapioca, anything you’re working with. This means you might have to bump up the other ingredients, since you’re changing the dry ingredient ratio.

In times where you’ve added the cinnamon to something moist, like a cake filling or a pie filling, try adding more milk, cream, or butter. These have their own milkfat, which is great at removing cinnamon essential oil. This also works beautifully for capsaicin too !

And if you combine these two tips, like heavy cream and some flour, you can get a really good dampened for the cinnamon flavor. Just keep in mind it can and will drown out the other ingredients as well.

So if you can, scoop up as much of the ground cinnamon as you can, before you start mixing.