If you’re looking for new kinds of cheeses you’ve likely strayed from the typical cheddar or mozzarella, and wandered into more exotic territory like goat cheese, feta, halloumi and so on. You’ve probably noticed one of the most important factors affecting the cheese: the type of milk used. 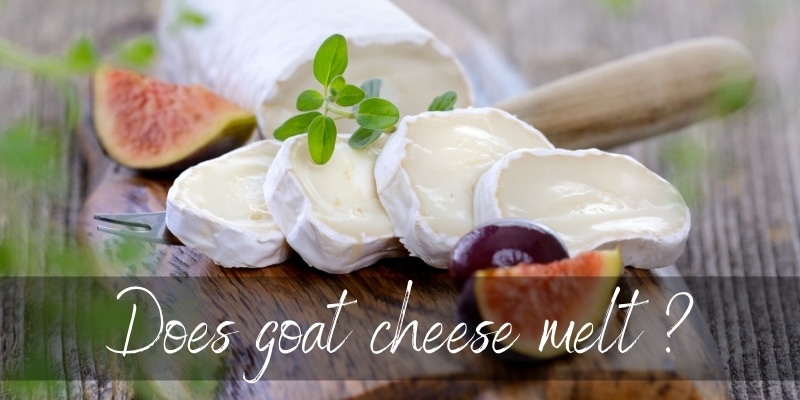 Goat cheese doesn’t melt into a puddle, it only softens a little. We wouldn’t use it on pizza like we would use regular mozzarella, which melts perfectly.

Goat’s cheese does not melt because it is an acid-coagulated cheese. When acid is used to make cheese, the casein proteins bind very tight. It’s really difficult to break these ties. When you add heat to it, the loosely linked proteins in other cheeses, especially younger cheeses, immediately break apart and melt into the smooth, gorgeous pizza topping you desire. The proteins in goat cheese are tightly bound which makes this impossible.

Does goat cheese melt in the oven?

Goat cheese gets warm and soft in the oven, but it doesn’t melt into a puddle like a mozzarella or cheddar. The top part may turn a little golden, but it lacks the high fat content of other cheeses to fully form a bubbly crust.

Can you make goat cheese softer and spreadable ?

A teaspoon or two of cream or milk is all it takes to make a smooth and creamy goat cheese. In a small bowl, mix them, and the goat cheese will soften just enough to spread in seconds. If the cheese becomes too crumbly, beat it into a smooth, spreadable consistency. In a blender, combine goat’s cheese and cream cheese in a 2:1 ratio. Extra ingredients such as red pepper flakes, garlic, and herbs can also be added.

Be mindful of how much you blend these. If you’re using cream you can easily overwork the mixture and make the fat separate from the proteins, leading to a chunky butter and goat cheese mixture.

Here are a few other options you have to soften goat cheese. It won’t be spreadable, but it will be softer.

Remove the goat cheese logs or rounds from the fridge one to two hours before serving. Leave them at room temperature until serving time, loosely covered in a warm area.

To soften larger cheeses, cut them into rounds or strips. If you’re serving them on a cheese platter, slice them 1 to 2 inches thick and set them out to soften for 1 to 2 hours at room temperature. With a fork, thoroughly mash the goat cheese, which will soften it rapidly.

How to choose fresh goat cheese

An excellent cheese shop will have a large selection of delicate, fresh goat cheeses. These cheeses, which are aged for a few days to weeks, are milder and sweeter than those that have been aged for longer. The three basic styles— surface-ripened, semi-soft, and hard aged—are better suited for consuming out of hand than cooking.

Many are imported from France, but there are also excellent domestic goat cheeses available from local farmstead producers that are well worth checking out. The selection at the grocery will most likely be limited, with only one or two variations available. If you have an option between what appears to be mass-produced (gaudy plastic wrapping is typically a giveaway) and what appears to be more handmade, choose the latter.

If you want to have more options, look for a specialized shop. The cheesemonger there should be able to provide you with a fair selection, or at least track down a type of cheese you would like.

At what temperature should goat cheese be served?

The ideal temperature is between 67 and 70 degrees F. If it’s too cold, the flavor is reduced, and if it’s too hot, the texture is compromised. If it’s a hot day, this means getting the cheese out of the refrigerator at least 15 minutes before you plan to serve it, or up to an hour if you have a lot of air conditioning.

Keep in mind that cheese is temperature sensitive. When consumed cold, straight from the fridge, you won’t get the true aroma of goat cheese. If you consume it hot the texture will be compromised and the taste may be just too sour for some. 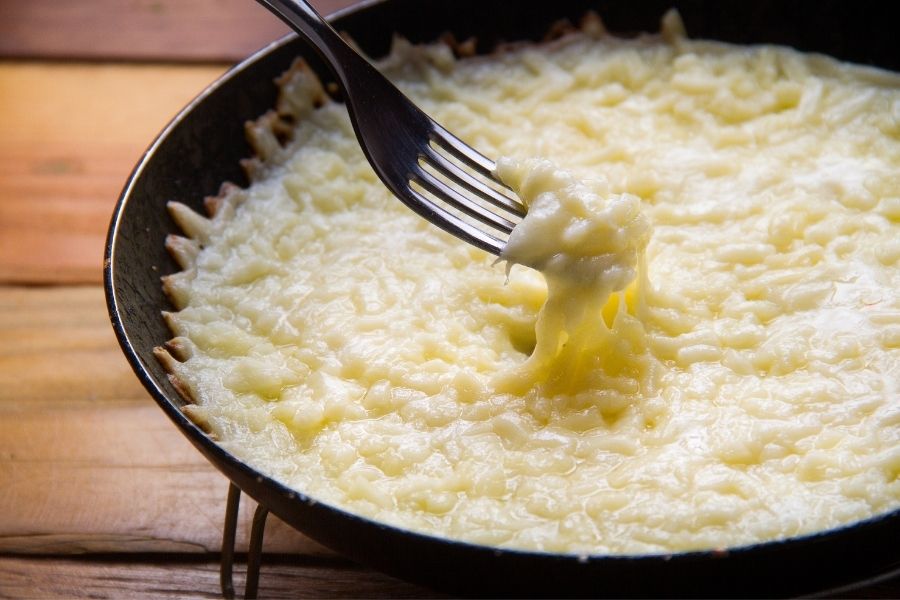 What is the ideal flavor and taste of fresh goat cheese?

The flavors are tart, and the texture is delicate and nearly spreadable. Goats’ cheese is unapologetically strong in its youth, with aromatic and tangy characteristics that sweep the palette forcefully. Allowing it to linger allows the flavors to settle and clear up, leaving plenty of room for other pairings to shine.

The body becomes firmer as it matures rather than hardens. Instead, the texture becomes crumbly, and the flavors become creamy, with undertones of hazelnut and dried herbs gradually emerging. It’s a lighter option than most heavier cheeses because it’s low in fat. Its distinct bitterness enlivens the flavors around it while also providing a rich flavor.

What goes with goat cheese ?

You can pair goat cheese with simpler ingredients to let the cheese shine. For example goat cheese in a simple leafy green salad will make it more interesting, and if you add some arugula the whole dish takes a turn for the better.

A classic option is toast with butter, goat cheese, and any sort of olives you like. Keep in mind goat cheese is tangy, and if you use kalamata or green olives (tangy and salty) you get a very strong flavor.

What about quattro formaggi pasta or pizza ? Usually that’s mozzarella, parmesan, gorgonzola, and gouda. But you can try swapping the gorgonzola for goat cheese and you get a really nice flavor. Or, if you like goat cheese and want to go a step further, swap the parmesan for pecorino romano. This is a parmesan-like aged cheese but made of goat milk. It’s very strong one, so be mindful !

Why is goat cheese dry and crumbly ?

Several factors can lead to an undesired crumbly goat cheese. Starting from using the incorrect quantities of additives to how you treat the curds. Over acidification is one of the most common causes of a dry, crumbly quality in goat cheese. It signifies that the acid in your cheese has been allowed to overdevelop via one or more processes, reducing the quantity of protein in the cheese and making it more brittle. Increased acidity shrinks the curds, causing them to lose more moisture than they would, resulting in a drier cheese.

Another reason for dry, crumbly goat cheese is aging. Older goat cheese tends to dry out because it loses moisture. And if you’ve got a bit of goat cheese in the fridge opened 2 weeks ago, it’s likely dried out and crossed from tangy to sour.

How to tell if goat cheese has gone bad

The way goat cheese looks is the easiest way to determine if it’s gone bad. If the cheese is slimy and moldy, it is likely that the goat cheese is rotten and should not be consumed.

The best approach is to throw away anything that has mold on it. It is not worth the danger of eating moldy cheese. If the cheese appears slimy or has been left out for a long time, it is best to avoid eating it to avoid contracting a food-borne illness.

The second most effective method is to smell it. If it smells musty or moldy, it’s probably past the point when you shouldn’t consume it. However you should note that goat cheese has a musty, funky smell to begin with, due to goat milk having a strong smell and taste. Still, if you know how the cheese smelled when fresh, and it smells worse now, it’s time to toss it.