Soups and gravies are two of the best parts of winter. With all the cold weather, they’re a great way to make your house feel cozy and warm. And they’re arguably one of the best things about Thanksgiving. If you’re looking for vegan or dairy-free meals, you’re likely wondering whether gravy is a good choice or not.

So does gravy have dairy in it ? Let’s find out, and see if there is any way to make gravy without dairy. 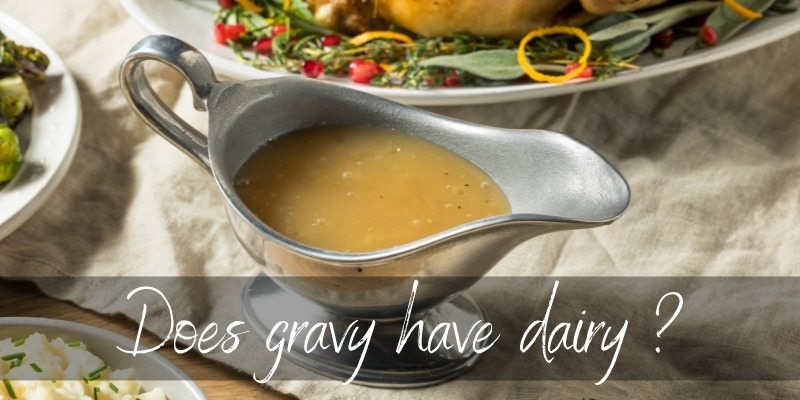 Does gravy have dairy ?

Some gravies do contain dairy (either milk or cream), and some do not. Homemade gravies are highly versatile and can easily be made without any sort of dairy, so they won’t trigger a lactose intolerance. Traditional gravy is not vegan, nor vegetarian, since it’s made with the pan juices that are left from roasting turkey.

Normally a pot of gravy is made from meat stock, vegetables, and a thickener. The meat stock could be leftover pan juices from a roast, or it could be plain ol meat stock of you choosing. Or, it could be a vegetable stock.

The thickener is almost always corn starch, as it has a finer texture than flour in a gravy. The whole point of gravy is to add a bit of sauce to whatever meal you’re cooking, and it clings to food better than a runnier version.

Famous examples of gravy include Thanksgiving gravy, brown gravy, white gravy. The pride of Canada – poutine – is slathered in gravy, and is probably one of the first things you think of when we say gravy.

Why do some gravies use dairy ?

Gravies tend to have dairy added to them for extra flavor, and to thicken the gravy a little. As the gravy simmers and evaporates, it thickens on its own. But add a little cream or milk and the whole thing will get even creamier and a little thick.

If you’re looking to remove dairy from the ingredient list, you can safely do so without ruining the taste or texture. Thickening your gravy is easy if you have some cornstarch or flour to mix into it. Or, if you’ve very patient you can simmer to reduce the gravy, which will thicken it a little but not as efficiently as cornstarch or flour.

In terns of flavor, you can substitute dairy for anything you like, such as coconut milk or a nut-based milk.

Does gravy mix have dairy ?

Store-bought gravy mix may contain or call for dairy, in the form of milk, powdered milk, cream, or whey powder. It’s generally a good idea to turn the packet around and read the ingredient list thoroughly. If you see anything milk-based or that contains lactose, it has dairy.

Brown gravy on its own is dairy free, as it’s based on the flavor of browned mat, specifically beef. In the case of pre-made brown gravy, you may look at the ingredient list to see if there is any dairy added. Usually there isn’t, and if you want to keep it dairy-free you can simply make it with water.

White gravy does contain dairy in some form or another, as it’s a combination of flour, butter, milk, and cream. It can be made with meat stock or vegetable stock, but the dairy is always in there somewhere. 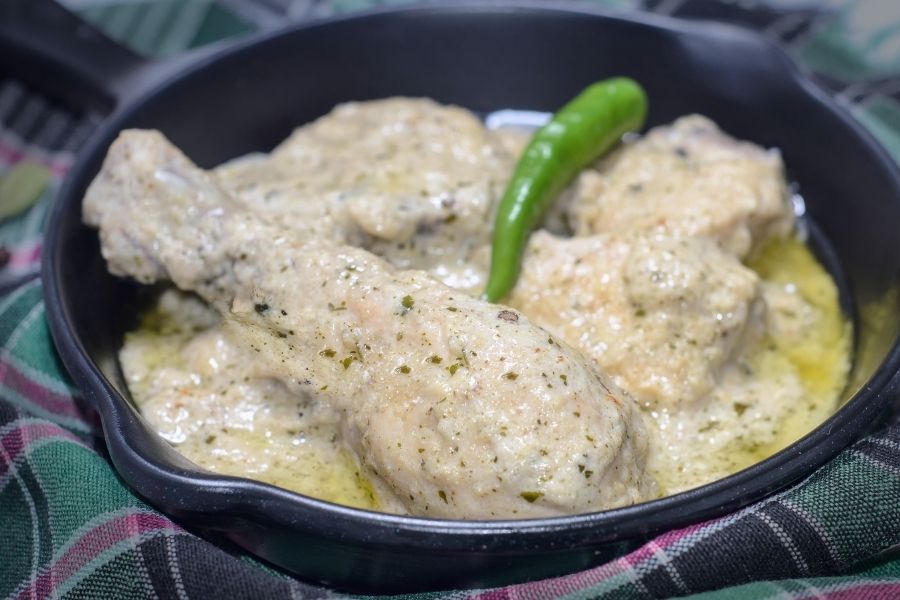 If you were to try and make the same white gravy with water instead of dairy, it would look semi-transparent. Unless you added a plant-based milk to it.

So white gravy does contain dairy, a lot of it. But you can easily make it dairy-free with the above options.

Dairy-free alternatives you can try for gravy

Gravy can be anything you want, really. This is a thickened stock, and the dairy in it is optional. Here’s a couple of dairy-free alternatives you can try for a dairy-free gravy. As long as the final product is delicious and slightly thickened, you’re good to go.

Coconut milk or any plant-based milk

Coconut milk is the go-to replacement for dairy in many dishes. We know, it’s all over the place, but it’s for a good reason. In its own this milk is delicious, and if you get it in cream form (higher fat content) it manages to thicken the gravy as well. Coconut also has a tendency to smooth over bitter, sharp, or spicy flavors so if you’ve got a gravy you’re not terribly sure of, add some coconut milk.

If you can’t or don’t want to use coconut milk, there are plenty other options to use. Some of the creamiest are cashew milk and oat milk, though you can also go further and try almond milk. Keep in mind that most plant-based milks, especially nut milks tend to be watery so you will have to be patient and simmer these down for the right texture.

So what if it’s cream soup ? Minus the cream, of course. The whole point of gravy is to be delicious and thick. It can easily be made vegan, so why not consider a potato-based cream soup to use as a gravy ? The potato acts as the base and thickener (hello starch !), while the other vegetables can be roast and then mashed or blended into a creamy soup.

If you go this route, please remember to add some fat in one way or another. Not a lot, just a tablespoon of cooking oil would suffice. One of the best vehicles for flavors is a bit of fat

And there you go, two perfectly good options for a dairy-free gravy.