If you’re looking for a dairy substitute to cow milk, then you may have heard of goat milk. It’s one of those milks that not many people know of, and once they hear about it they don’t really touch it due to the price. And the smell, that too.

But why is goat milk so expensive ? There aren’t as many people clamoring to get some like, unlike cow milk. Well, it turns out goats are tricky to milk and that milk is usually used for something else. Take a look. 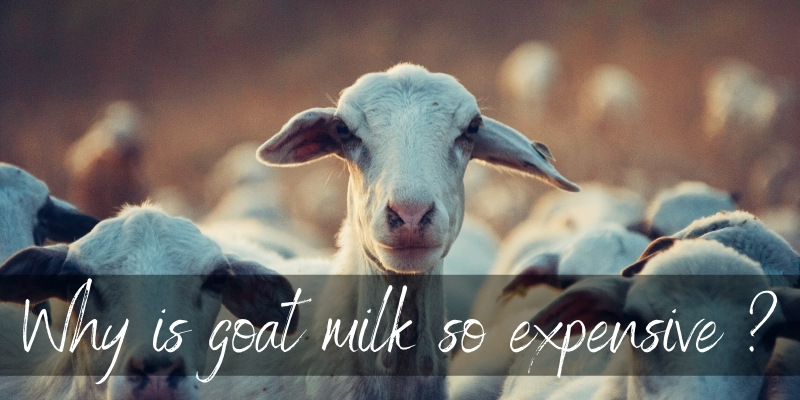 Table Of Content show
1 Why is goat milk so expensive ?
1.1 Goats produce less milk than cows
2 Is goat milk better than cow’s milk ?
2.1 Goat milk has smaller fat globules, is more fat-stable
2.2 It also has a much stronger taste
2.3 And the overall fat percentage is higher in goat milk
3 Can you substitute goat milk for cow milk ?

Why is goat milk so expensive ?

Goat is is expensive because goats produce less milk, compared to cows. A healthy, dairy goat can produce up to a gallon of milk a day, as opposed to a single cow for 3-4 gallons. Feeding, cleaning, and maintaining a goat farm is busy work, especially if you’re looking to produce a lot of milk. More goats, more work.

Another, smaller reason is that goat milk is often used in personal care products. Not many, and not often, but you will find it in some lotions, soaps, moisturizers, and even supplements.

From a practical point of view, goats are not the most profitable. Compared to cows, goats are much smaller so are able to produce a smaller amount of milk per day. There goats bred for milk, and goats bred for meat. Even the ones made for milk can only offer so much in a day.

Any goat farmer that wants to produce goat milk consistently and reliably will need a whole lot of goats. That’s a lot of mouths to feed, a lot of manure, and a lot of space for the goats to be goats.

Goats are fun, they’re playful, but they’re also very stubborn. Have you tried making a goat do anything ? They’ve got a lot of personality and it shows, so milking isn’t as straightforward as with cows.

All that being said, farmers need to sell the goat milk at a premium price so they can cover their expenses and also make a profit.

Read also: Why Is Milk White ?

Some have argues that goat milk may be less allergenic than cow milk. This is usually backed by claims of children not getting their allergies triggered by goat milk, despite being allergic to cow milk.

The allergies are usually triggered by lactose, which is present both in goat milk and in cow milk in very similar levels. There is no real proof that goat milk is superior to cow’s milk. Even so, goat milk is a little different from cow milk, and we’ll explore that right now.

Both cow and goat milk contain butterfat, in the form of small globules. The difference is the fat globules in cow milk are larger, and this makes the cream rise to the surface in raw cow milk.

This is the main reason cow’s milk is homogenized, meaning it’s run through a very fine sieve at a high pressure to break up the globules into smaller ones. This ensure the emulsion is stable and the milk will not separate.

Goat’s milk comes with very small fat globules already, so it does not need to go through the same process.

There has also been talk of the protein in goat’s milk being slightly different from cow’s milk, and in turn being easier to digest. This is still a debated topic. 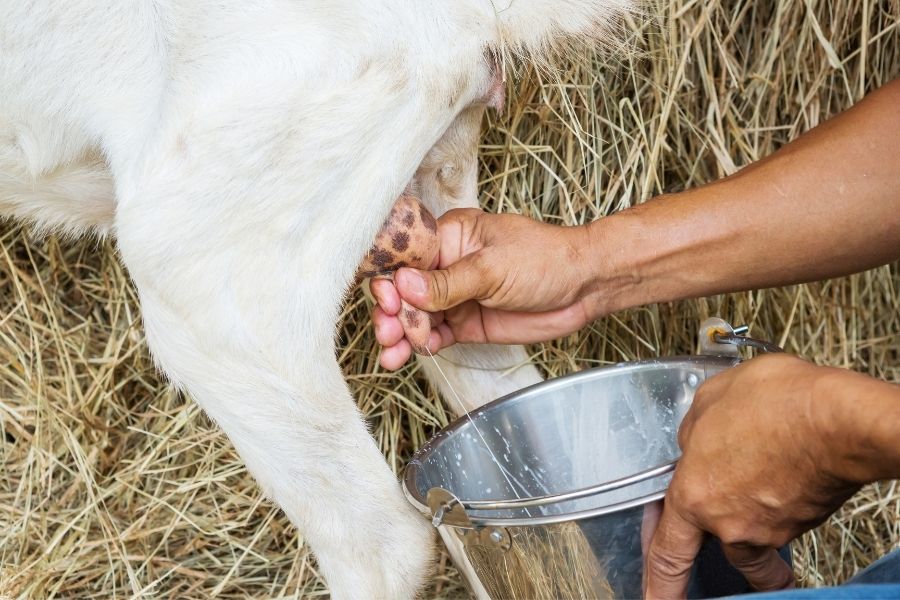 It also has a much stronger taste

Both cow and goat milk have an animal, musky taste to them. But goat’s milk tends to be much stronger, the same way goat meat tastes very gamey.

This can be either a good thing, or a bad thing, depending on your personal preferences. Some folks just can’t stand such a strong taste, and some folks absolutely love it and think it adds to the overall flavor. If you’ve never had it you definitely need to try it, at least once.

And the overall fat percentage is higher in goat milk

Goat milk has a bit more fat than cow milk. In fact 100 gr of cow’s milk contains 1 gram of fat, while the same amount of goat’s milk contain 4 grams of fat. Meaning any cheese you would ever made from goat milk is going to end up creamier.

And since goat milk has the fat very evenly dispersed, the cream will not rise to the surface and this makes for an evenly creamy milk.

Can you substitute goat milk for cow milk ?

Yes, we don’t see why not. After all, the milks are very similar in terms of nutrition, except for cow’s milk having more B12 and folate than goa’s milk, and less fat.

In a recipe they would behave very similarly, and if you’re alright with the taste then everything’s fine. This switch could be a nice way to change things up, if you’re looking for an alternative to cow’s milk.