Cheese doesn’t always melt, and it’s important to know which is which when cooking.

Today we’re covering what cheese doesn’t melt, and why it doesn’t melt. This will help you better understand the food you’re dealing with, and know beforehand which cheese goes where. 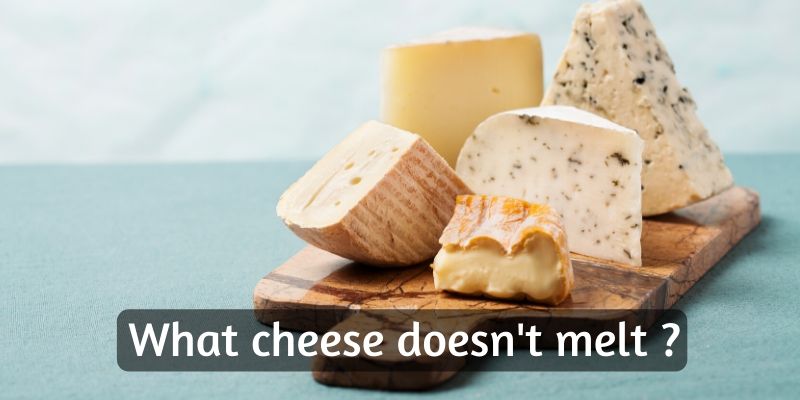 So what cheese doesn’t melt ?

Most of the cheese that doesn’t melt happens to be white cheese. White, non-aged cheese that’s also a bit squeaky when eaten or heated.

This is due to how cheese is made, which is divided into two main categories (explained later in the article):

The cheese made with food-grade acids is the one that will not melt, but does fry up pretty nicely.

Don’t be alarmed by the word acid. What is used in cheese making appears naturally within milk. Once the milk curdles, it separated into several components, one of which is a natural light acid that will further curdle the milk.

Those curdles are then grouped together in containers or very fine mesh and strained for several hours or days, depending on what kind of cheese is being made.

The end result is white cheese, and you’ll find plenty of examples in this article.

The list of cheese that doesn’t melt is pretty long, and it includes quite a few cheese types, some of them very common.

I’ll do my best to round up most of them here, though I might miss a few. 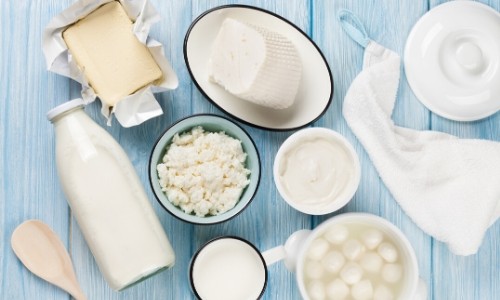 Most white cheese doesn’t melt, such as:

White cheese is never aged, at least not on purpose. A few notes should be taken, since there are a few exceptions.

Mozzarella is a white cheese, but is not made with food-grade acid. It’s made with rennet, so it can be matured and it will melt.

Brie, Camembert and other white-looking cheeses that are actually moldy cheese are actually aged cheese. They will melt if subjected to high heat, like baking.

Blue cheese, while it’s a curdled cheese and white, is still an aged cheese (to allow the mold to grow) and that changes its chemical structure. It will not melt either.

Why doesn’t the cheese melt ?

The science behind why some cheeses melt while others don’t can be a bit confusing, but I’ll do my best to explain things.

Remember that cheese is a very wide topic and there’s lot of cheese types.

What we’ll be focusing here is the main way the cheese is obtained, and won’t really be discussing aged, brined, moldy, or otherwise treated cheese.

Just the way the cheese curds are obtained, which is one of two ways. 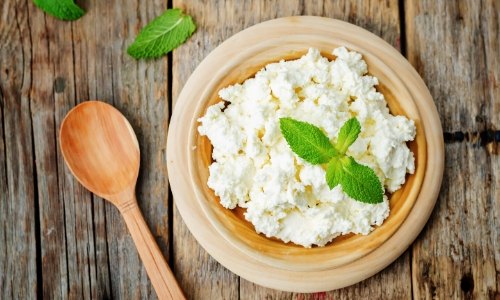 The easiest and quickest method of making cheese.

Acids can be vinegar or lime/lemon juice or lactic acid that’s leftover from previous cheese. The point is that the milk needs to separate into curds and whey.

When cheese is made this way, it’s usually a very soft cheese that can be easily broken apart. The structure isn’t as stable as rennet-made cheese and it will spoil after a few days if not kept properly.

The reason these cheeses don’t melt is because the curds are just plain milk protein, and protein does not melt nor can it spread.

Read Also: Why Is Cheese So High In Calories ?

Rennet is a type of enzyme that’s normally found in the fourth stomach of an unweaned young calf. It’s a by-product of butchering livestock, and it’s a very old way of making cheese.

When cheese is made this way, the enzymes help grow an entire culture of bacteria within the cheese.

These are the yellow-orange cheeses, that usually smell quite strong and are among the most expensive on the market.

A few examples are Parmesan, Cheddar, Provolone, Gruyere, Mozzarella, and the famous Raclette.

Now, rennet cheese is almost always an aged cheese, even if it’s just a few weeks.

And they melt due to the enzymes from the rennet that change the structure of the proteins in the cheese.

Also, seeing as this cheese is considered an expensive cheese, there’s a lot of cheaper knock-offs on the market. Those are made a little differently, but you’ll notice they’re counterfeit when they don’t melt as they should.

The most obvious example is fake Parmesan that doesn’t melt, but rather becomes stringy no matter how much you heat it stir it.

Fun fact: most cheese you see on a cheese board does, in fact, melt. It’s also aged cheese, since we humans love very savory food and aged cheese is exactly that. 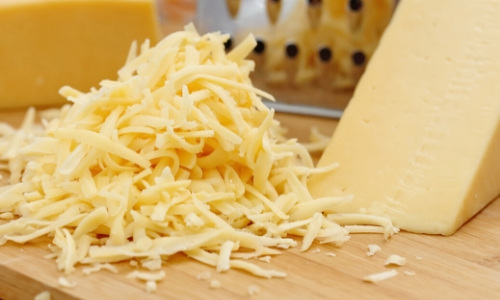 Although it’s not a cheese type, this kind of cheese rarely ever melts.

This is because the shreds are treated with a non-stick powder before packaging, to make sure the cheese doesn’t ball up into one big chunk while packaged. It’d defeat the whole purpose of buying pre-shredded cheese.

However, that same treatment pretty much ruins the chance of it ever melting, or at least melting properly. So you end up with small bits of non-melty cheese that will annoy everyone.

Most professional chefs advise against buying pre-shredded cheese, simply because it can ruin the texture and look of an entire dish.

If you’re looking to melt some Parmesan into your pasta, you’re better off buying expensive but real Parm, and grating it when needed. It’s not time consuming, and you get guaranteed malty, salty Parmesan in your pasta.

Cheese is an amazing dairy product and a staple in many cuisines. The fact that there’s melty and non-melty cheese is an example of how much humans in general have come to love and appreciate this food idem.

Now you know what cheese doesn’t melt, and why it doesn’t. Hopefully this info will come in handy when cooking, or just selecting cheese to enjoy for a cheeseboard.