Cheese stink is nothing to sniff at. It’s a serious topic and it really divides people: you either love it or hate it.

And why only some cheeses ? Why do others, like mozzarella, not smell one bit ?

And finally, since cheese smells so strongly, how do you tell when smelly cheese is off ? You can’t really use your nose there since there’s too much info assaulting it.

This is what we’ll be covering in this article, and hopefully you’ll find all the answers you’re looking for. 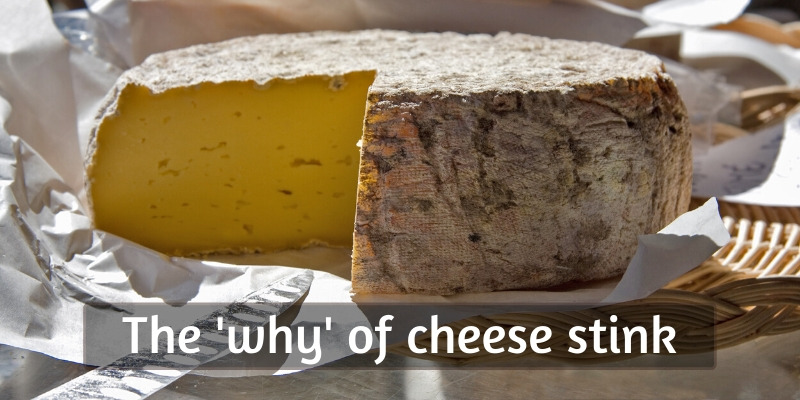 Table Of Content show
1 So why does cheese smell bad ?
2 Bacteria in the cheese makes it smell bad
2.1 We need that bacteria to create cheese
2.1.1 Cheese is aged to keep longer
2.1.2 The bad smell is actually a good taste, like Parmesan
3 Washed rind cheese is often the stinkiest
4 Goat and sheep’s milk tend to have a pungent smell
5 How to tell your stinky cheese is off

So why does cheese smell bad ?

The biggest reason why cheese stink so bad it’s from the bacteria that grow inside. This is the biggest culprit, since it’s present in pretty much all cheeses.

The bacteria is added after the milk has curdled and it’s meant to chew through the sugar (lactose) in milk. The gas the bacteria releases is the smell you notice and it does help impart a strong aroma to the cheese.

As cheese is aged, the bacteria culture matures and the aroma becomes stronger. Think Parmesan or Peccorino Romano.

The second culprit after bacteria is the washed rind. Those are kept moist with various liquids including brine, brandy, and beer and all three will make the rind smell from a mile away.

And third, if you’re getting goat or sheep’s milk cheese it will smell strong by default, due to the nature of the animal. if you’ve ever had lamb or mutton you know that smell is really difficult to get rid of.

Now let’s explore each reason and really understand why they affect the cheese this way, and why they’re even necessary.

Bacteria in the cheese makes it smell bad

When making cheese of any kind, and we mean literally any kind, you need to curdle the milk first. This separates the protein and fats from the the whey in the milk.

Now, a little bacteria is present in milk anyway but it’s not enough to get things going as fast as they need to. 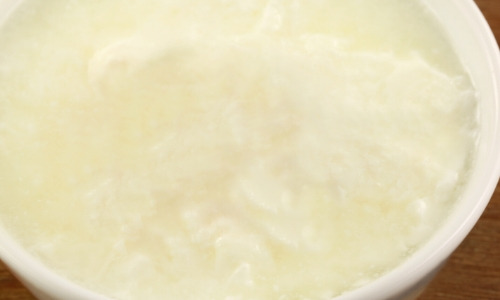 So, a starter culture is added to the milk curds. These cultures are a whole other topic which we’ll get to at another time, but for now you should know that there’s dozens of them.

Each cheese type has a specific combination that’s meant to make it easier to get to the end product.

When the bacteria culture starts to eat through the lactose in milk, they release a bit of gas. They’re like tiny little fairy farts and that’s what makes the cheese smell.

We need that bacteria to create cheese

Why do we need that bacteria though ? Because when the bacteria go through they lactose they leave behind lactic acid.

That acid is a key component of cheese making. There literally wouldn’t be any cheese without it.

Even cheeses that use rennet (whether animal or vegetal) end up with some amount of lactic acid in them.

Cheese is aged to keep longer

Another important thing about using bacteria to make the cheese is that most of the time we need that cheese to keep.

After all, it’s easier and better to produce large blocks of cheese, but we can’t eat all that cheese in one sitting.

So it has to be able to keep for months or years. This is how we got to the whole idea of aged cheese, and how we noticed cheese smells.

It’s never fresh cheese that smells. It’s always the aged ones, even if it’s just a few weeks. The longer the cheese if aged, the stronger it will smell.

Also, it’s going to smell even more if it’s a washed rind cheese, but we’ll get to that in a bit.

The bad smell is actually a good taste, like Parmesan

In a weird twist on the situation, really strong smelling cheese is most often very tasty. There’s a process named ‘backwards smelling’, and it means that when you’re taking a bite of a very stinky, smelly cheese, your brain will register the flavor as something pleasing.

One such example is Parmesan, which smells real strong but when you taste it it’s just heavenly, and melts right in your mouth.

Let’s talk about the cheese rind. It’s the outer part of cheese, and it’s usually the hardest, driest part of the cheese.

Cheese dries out over time, and for soft, melty cheeses it’s important for that moisture to not completely disappear. Even hard cheeses are still required to retain some moisture, and washing the rind helps keep it in. 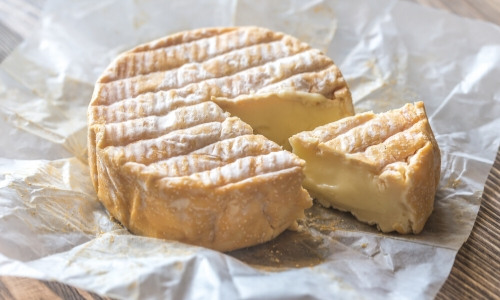 Another result of this washed rind is that bacteria or mold cultures will develop faster, and this will develop the flavor of the cheese even more.

So we have examples like Limburger, Munster, Gruyere which are all washed rind cheese and they smell very strongly.

If you’re the proud owner of a washed rind cheese, you know just how pungent the aroma can be and how delicious the cheese inside is.

Goat and sheep’s milk tend to have a pungent smell

Yet another important factor in cheese smell is the kind of milk you use.

Regular cow milk does have a bit of a smell to it, but it’s much less pronounced than goat and sheep milk.

The reason behind this is that goat and sheep milk have a higher amount of caproic acid, caprylic acid, and capric acid. These are fatty acids naturally found in their milk, and they’re found in higher numbers than in any other animal.

So, any cheese made from goat or sheep milk may have a goat-like smell to it, to a certain degree.

One thing you’ll notice about goat and sheep cheese is that they’re also a little sour, compared to other milk cheese.

This also makes the ‘pungent’ part of the cheese smell even more pronounced.

One such example is Peccorino Romano. The very name ‘peccorino’ means ovine or sheep in Italian, and you’ll notice that this cheese does have a sheep-like smell and flavor.

Compare it with Parmesan, its closest cousin, and you’ll notice the change in flavor right away. 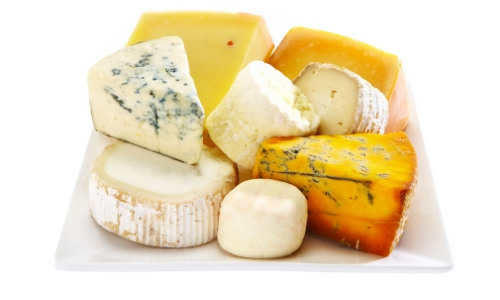 How to tell your stinky cheese is off

Smelly cheese is kind of difficult to figure out when it’s starting to go off.

Usually you’d rely on your nose to see if something’s bad or not. In this case though, it’s not really very helpful, unless you’ve got a veeeery fine nose.

And if you do, chances are you’ll find the smell just too much to sift through the different notes.

Still, if you can smell ammonia or a smell that will make your eyes water and it will seem like it shoots right through your sinuses, then it might just be time to throw out that smelly cheese.

Another option for those who can’t tell different scents easily is to look at the cheese.

For washed rind cheese (hard or soft) it’s best to just stick to the instructions on the package or what your local cheese monger tells you, just to be on the safe side.

And finally, if your cheese looks oily or wet and it’s not supposed to be like that, then it’s probably a sign you should change its storage.

Cheese needs to be kept at low temperatures (not necessarily in the fridge, but at most a 5 C/41 F temperature to make sure there’s not much going on with it.

You can bring it up to room temp when serving.

Other than that, you could try tasting the cheese but we don’t really recommend this. Aged, smelly cheese just blurs the line between ‘ripe but safe to eat‘ and ‘rotting‘ too much and it’s best to be on the safe side. 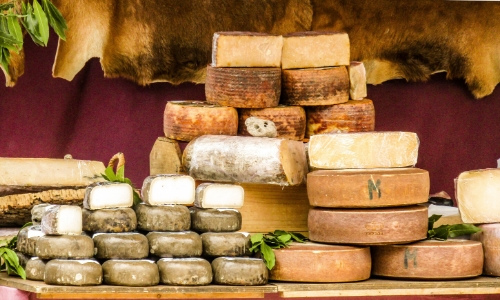 If you were to taste the cheese when you’re not sure it’s good anymore you’d need a very small piece and you should definitely not swallow it. Instead more it around in your mouth and try to figure out the different notes and if you detect anything off, spit it out.

This isn’t easy to do if you haven’t got a trained palate since it’s about as difficult as sifting through the many layers of cheese smell to find the right and wrong ones.

In short, cheese stink is a big topic and people are really divided on it. For those who love cheese and embrace the smell, we hope this article wasn’t very triggering.

It’s always a good idea to try out new things, so even if you’re maybe out off by the strong smell of cheese you could consider going for a milder cheese that’s not going to be that hard on your nose, just to give things a try.