If you’re suffering from celiac disease, then you’re probably apprehensive about any new food item you haven’t thoroughly scanned the label of. Some foods are easy to read, some have the gluten ingredients spelled plainly on the front, and some say absolutely nothing about it, but the texture might make you wonder.

Marmalade is one of those food items, and it’s so thick you may be wondering if they didn’t thicken it with something. So let’s find out. 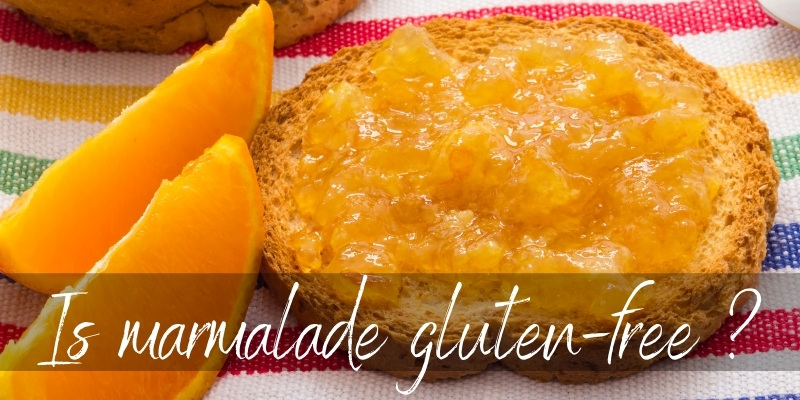 Only the juice and rind of the fruit are used for marmalade, and they’re simmered slowly until they coagulate into a thick fruit paste. The taste is very strong and the resulting color is usually a deep orange. You can find marmalade made of other citrus fruits as well, or made of quince.

Marmalade is thick because of pectin

The thickening agent you notice in marmalade is pectin, which is naturally found in fruits. It’s more of a gelling agent than a thickening agent, but if you simmer the fruit long enough, the moisture will evaporate. The result is a thick paste that may look like it’s been thickened with flour or cornstarch to those unaware.

In the same vein, you’ll notice that jam is also fairly thick. It’s gluten-free, as it relies on pectin as well to thicken and set, not flour or cornstarch.

That being said, always be sure to read the label on each jar of jam or marmalade to see if you’re not buying a version with added ingredients. Normally companies won’t bother to write ‘gluten-free’ on items that are by nature and recipe without gluten. But if you want to be very sure, always read the label.

It may be that the marmalade or jam does not contain any gluten but was produced in a facility that handles ingredients containing gluten. 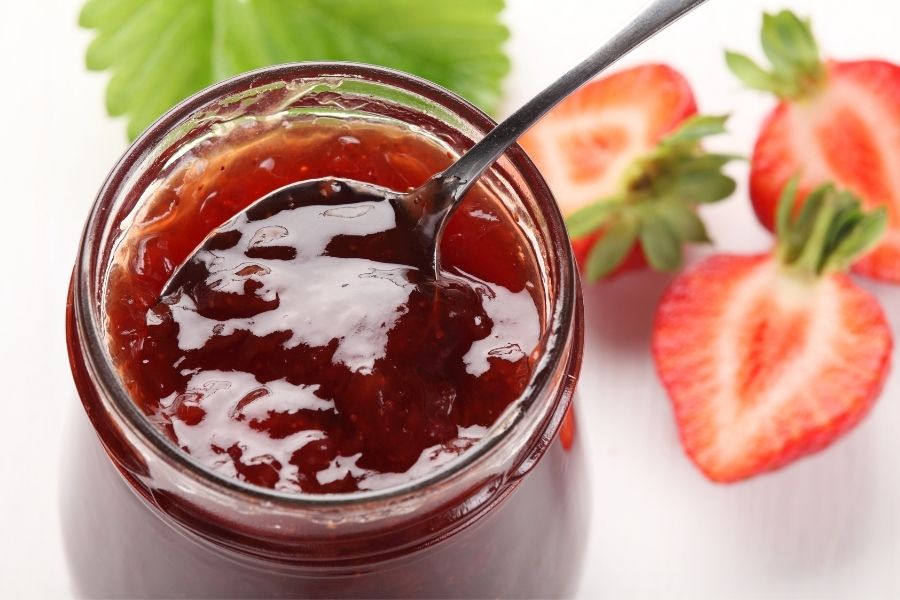 What goes in marmalade ?

Marmalade is usually made of citrus fruit and sugar, neither of which contain gluten. The most common version uses Seville oranges, and it has a slight bitter flavor.

Most of the time, the label on a marmalade jar should be very easy to read, with plain ingredients such as citrus rind, citrus juice, citric acid, sugar, powdered pectin.

Due to its ingredients, marmalade is both gluten-free and vegan, so if both of those labels are what you’re looking for, then marmalade should be fine. Come to think of it so is jam, jelly, and fruit preserve.

You may be worried about the sweetening method. Some companies use sugar, some rely on the sugar in fruit, and some use corn syrup. Be sure to read each label to know what you’re buying.

Or, you can make your own marmalade, right at home. If you’re feeling DIYish one day, check out BBCGoodFood’s recipe for Seville orange marmalade. Making your own marmalade takes time, you need around two hours to cook and then some extra prep time.

But the end result is a marmalade that you know and trust, made with utensils and pans that have no chance of cross-contamination.