When you look at it, a jar of marmalade looks fairly similar to a jar of jam. But somehow they’re different, and not many people seem to talk about this.

Well we’ve take it upon ourselves to figure out why this name difference exists, and whether it means anything at all. Read on to find out. 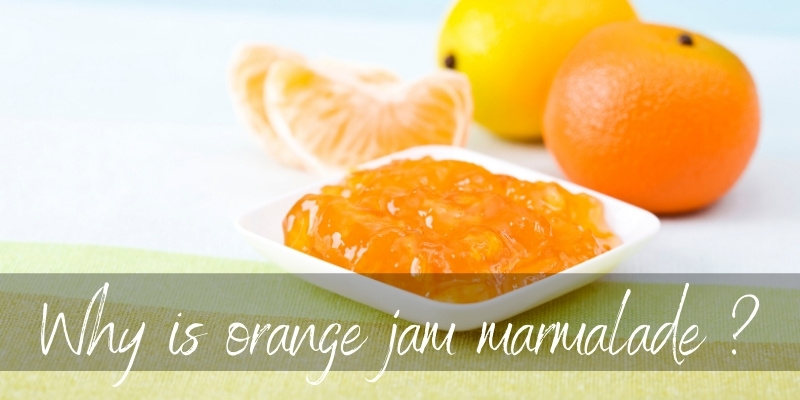 Table Of Content show
1 Why is orange jam called marmalade ?
1.1 Jam is made from pulp, marmalade from juice and rind
2 How marmalade came to be
2.1 Marmalade has nothing to do with Mary
3 Can you substitute marmalade for jam ?

Why is orange jam called marmalade ?

Orange jam is called marmalade because it’s made differently from any other jam. Marmalade refers usually to citrus fruit or quince preserve that uses only the rind and the juice, cooked down, and the chunks you see are not the pulp. In jam, the chunks of fruit are fruit pulp, not the rind.

It’s simply a matter of what kind of fruit is used, and what part of the fruit. Normally orange marmalade uses Seville bitter oranges, which have a high amount of pectin and this sets the marmalade.

Jam is made from pulp, marmalade from juice and rind

The distinction between jam and marmalade is more for consumers to know what they’re going to get before they even open the jar. There’s also a difference in texture.

Jam, being made from pulp, is often softer and has more moisture. The pulp is soft and doesn’t have as much texture as it did in the beginning. Juice is left in jam and it makes for a looser product.

Marmalade is made from the rind of citrus fruit, or from chopped quince, and the juice of whatever citrus fruit is used. The mixture is cooked down until a very thick paste is obtained. This results in a flavor that’s stronger than any jam, and it has less moisture. 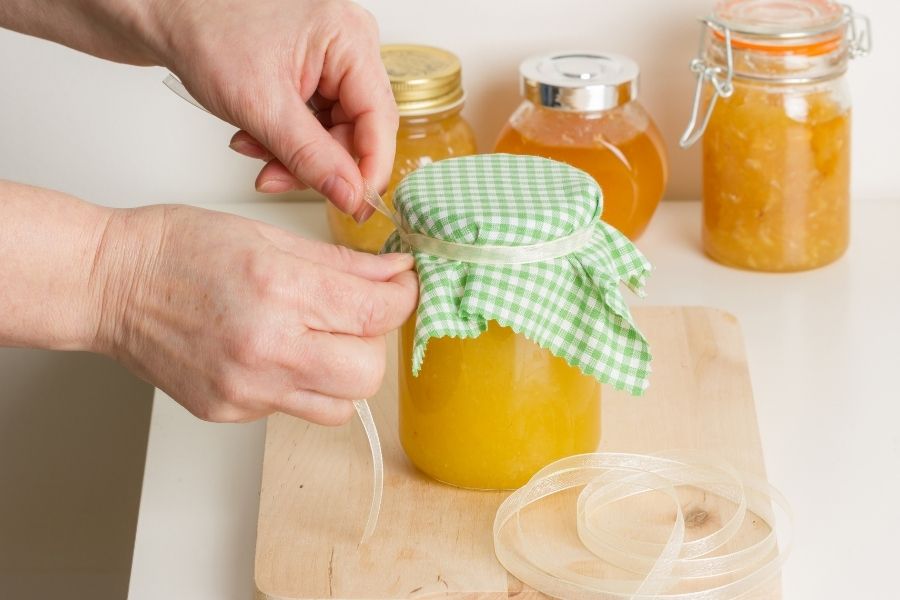 How marmalade came to be

The original marmalade is the quince marmalade or cheese, from Portugal. Its name is pretty much the same as in English: marmelada. The Portuguese started making quince marmalade at some point, and it was exported all over Europe, but especially South Europe.

Italy and France loved it, and it became a treasured European import-export from one country to another, until it finally reached England. From there the name was set to marmalade.

In the meantime, a citrus version of marmalade came to be. It’s not clear when and where it was first made, but traditionally it uses Seville bitter oranges. The rind and the juice are the only things used in this marmalade, and this is the version most folks think of when you say marmalade.

Marmalade has nothing to do with Mary

There are various versions of a story that claim the original name for marmalade is related to a queen Mary. Some have queen Mary of Scots, some have Marie Antionette, and the story goes that one of these queens woke up one day with a headache.

The court chef concocted an orange rind jam for her, to ease her headache. And the name stuck as ‘marmalade’ because the word at court was that “Marie est malade”, which is French for Mary is ill.

Of course, this is more of a dramatic folk legend than the actual truth. The name has nothing to do with a queen Mary, but it sure sounds like a more interesting story than the actual origin of marmalade – a thick quince jam.

Can you substitute marmalade for jam ?

Of course, it really matters what kind of recipe you have. If you’re using marmalade as a filling, there’s no need to thin it out. It won’t spill and it will keep its shape better.

As for using jam instead of marmalade, that could work too. Again, it depends on what you’re making. Keep in mind that jam is thinner, looser than marmalade. Then again no two brands are the same and one brand’s jam may be as thick as another brand’s marmalade.

In short you can substitute them, as long as it doesn’t mess with the recipe and follows the same flavor.