Whether you love Asian food or just want to add a dash of umami to your Western dish soy sauce is a kitchen staple.

As a result demand for soy sauce has increased dramatically over the past decades, and it’s lead to more people being curious about it, how it’s made, if it’s vegan or not, environmental impact, and so on.

Today we’re taking a look at whether soy sauce is actually vegan, from all angles. 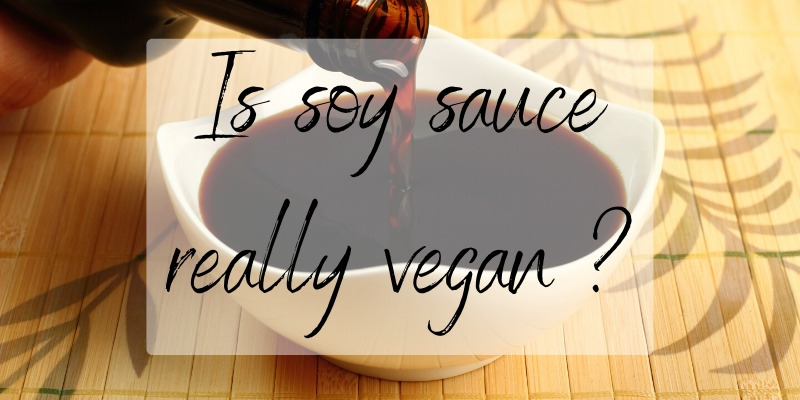 Table Of Content show
1 So is soy sauce vegan ?
2 What is soy sauce made of
3 Does soy sauce contain fish ?
4 Soy is as vegan as it gets
5 Environmental impact of soybean farms

So is soy sauce vegan ?

Yes, soy sauce is vegan from an ingredient point of view. It may not have always been the case but modern soy sauce has nothing of animal nature in it, at last in the standard recipe.

You may find bottles labeled ‘soy sauce’ and on the back they will say they contain only a certain percentage of soy sauce, with the rest being added sugar, coloring, additional flavors, and possibly fish oil or oyster sauce or sesame oil.

Those are not the soy sauces we’re talking about today, and the’re not even actual soy sauce. They’re soy sauce sauces, based on soy sauce and mislabeled on purpose to boost sales.

There is a discussion about soybean farms and their impact on the environment, and that will be discussed later in this article.

What is soy sauce made of

Actual soy sauce is made up of soy beans, mixed with moldy grain. The mold is there to begin fermentation and add a specific flavor, and everything is fermented in a brine solution.

Soy sauce is a little over 2000 years old, and its recipe has changed a little over time. Where in ancient times the sauce was fermented for months in large urns, under direct sun, nowadays the process is a little simpler.

Soy sauce is either fermented or produced through electrolysis. Fermentation is much slower and produces a better, more in-depth flavor, while electrolysis is much faster but offers a blander sauce.

Soy sauce used to contain some fish, during the Zhou dynasty. Currently soy sauce is purely soy and grains.

You might think soy sauce currently contains at least some fish because the smell and flavor is a bit similar, but it’s just the umami shining through.

You may add fish oil, anchovies, or oyster sauce if you’re feeling like it’s missing something. You’d be straying from the vegan side if soy, though, so that’s up to you. 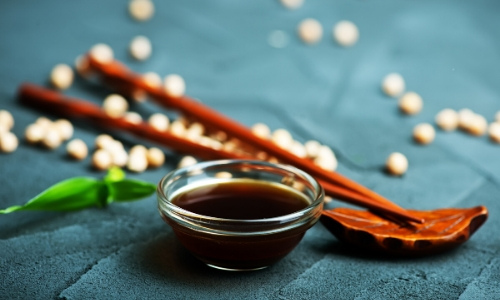 Soy is as vegan as it gets

The whole idea of soy and soy beans and soy versus meat is about as vegan as it gets.

You eat soy beans and soy-related products in an effort to save animal lives, and that’s a major point for vegan folks.

So from that standpoint, yes soy and soy sauce are completely vegan.

There is another side to this story, though.

As much as soy has helped reduce meat consumption, it has an environmental impact that folks are linking directly with vegans, regardless of whether that’s the case or not.

Keep in mind that this is a sensitive topic and we don’t mean to offend anyone, just present the other side of the soy bean issue.

Deforestation and displacing farmers is a major concern. You may think that’s not really possible because there’s not that many vegans or soy lovers out there, but there’s a bit more to this.

The vast majority of livestock (especially cattle) is fed with soy meal, for protein and vitamins and an overall healthy feed. Livestock needs plenty of food and this means large quantities of soy beans must be produced, meaning big farms.

Those farms need a place, and most often forests are cut down to make room for soy farms, as well as farmers being displaced so their lands can be used for soy farms.

It’s not just livestock that takes up a lot of the soy industry’s output, it’s also soy byproducts like soybean oil, and biodiesel.

The United States, Brazil, and Argentina together produce about 80% of the world’s soy. This has led to many concerns about the sustainability of soy farms, and how much they impact the environment. 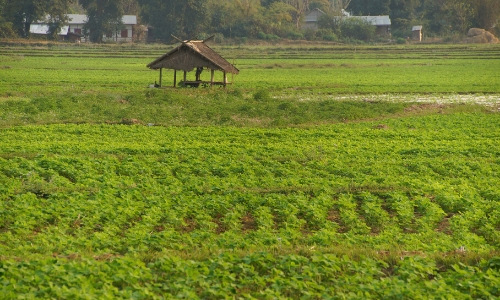 Currently some improvements are being made, like Brasil reducing the expansion of soy farms into the Amazon rainforest. But other lands like the Cerrado (large Brazilian savanna) are not protected, so there may still be room for improvement.

So on the one hand we have the ingredient side of soy sauce – completely vegan, no animals harmed, not even a fish.

On the other hand there’s the environmental impact of soy beans grown for livestock feed, and that’s where most folks have their conundrum.

We realize this may upset some readers, but we consider both points to be valid – ingredients and environment. In this particular case we think each person must decide on their own whether soy sauce (and soy by extension) is vegan or not.