Asparagus is amazing and is known to be kind of an expensive vegetable, and for good reason. Aside from its many health benefits the flavor is great on its own and goes perfectly with pretty much any meat.

It’s amazingly expensive though, and we’re all wondering just why that is.

Well, a little digging around got us some pretty solid answers. Four of them to be exact, so that’s what we’re going to talk about today. 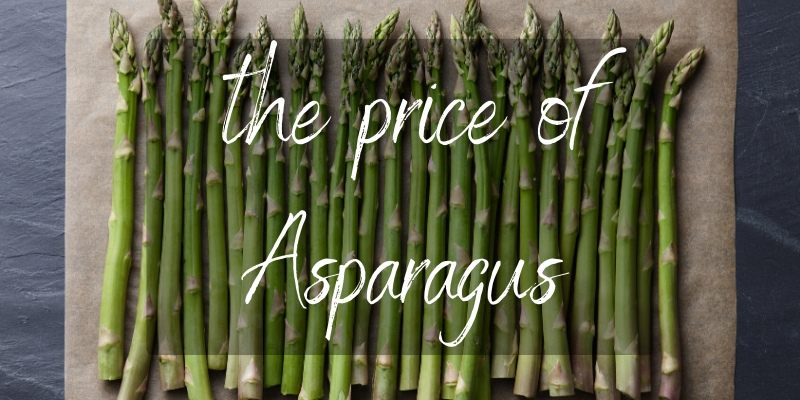 Table Of Content show
1 Why is asparagus so expensive ?
1.1 1. Asparagus takes a long time to yield very little
1.2 2. Asparagus crops are very fussy
1.3 3. Picking asparagus is labor intensive
1.4 4. Lots of asparagus is imported
2 Is Asparagus the most expensive vegetable?
3 Conclusion

Why is asparagus so expensive ?

Asparagus is so expensive mostly due to farmers needing to cover their costs for growing these crops.

It breaks down into 5 important reasons, and we’ll explain each of them but in short:

Overall not a very cost effective vegetable crop, but people love it and so it stayed.

Back in the 1850s Sacramento, U.S. was the main area asparagus was grown. This meant that production was domestic, lowering prices.

But asparagus is a very seasonal vegetable – a few weeks in spring – so you wouldn’t be able to find it on shelves all the time.

That changed when asparagus farms started cropping up in Central and South America, and a lot of asparagus was imported into the U.S., leading to higher prices due to shipping costs.

This is the case globally now, with asparagus being available year-round but at prices ranging from $5 to $3/bunch, with the dip appearing in spring.

Seeing as each bunch is roughly one pound/450 gr, and you end up discarding at least a third (the lower, thicker parts), the price is a little steep.

So let’s see exactly why that is, and how each factor changed the equation. 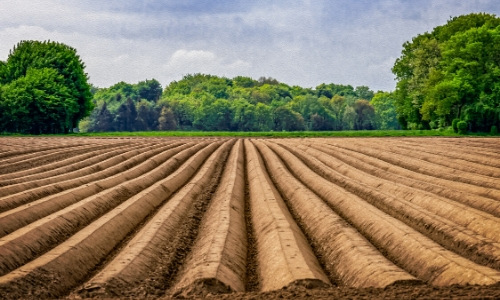 Asparagus is a perennial plant, meaning once it gets it roots set and it gets a chance to establish itself, it’s going to be there for a very long time. Think a couple of decades, at least.

This means that you can pick it every year, as it will keep on returning as long as the soil is fertile, the sun is plenty, and water is also aplenty but well drained.

The only trouble is that it takes 2-3 years from planting to first crop, meaning the farmers won’t be able to do a single thing with the land that’s occupied by asparagus.

For those 2-3 years it’s just empty land, and it won’t pay for itself for years to come.

For a farmer living off of selling their crop this is pretty severe so they need to cover their expenses with other crops, while also tending to the asparagus.

Only about half a pound/approx 200 gr of asparagus can be harvested from one plant. 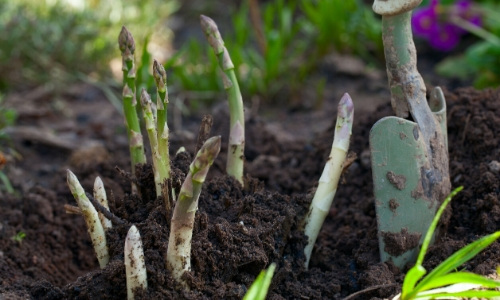 The fact is, asparagus is very sensitive to light and water and its growth fluctuates a lot according to those factors. Which means they need to be kept strictly under control.

There are cases when growth will spike dramatically (much like bamboo), growing several inches per day.

And there are cases when a poorly timed frost will decimate the entire crop for the whole year, due to asparagus’ sensitivity.

Aside from waiting for several years for the crop to take and grow and then be harvested, asparagus need very fertile land.

This means fertilization treatment, as well as good compost while the plants are growing.

Again, more work for the farmers. 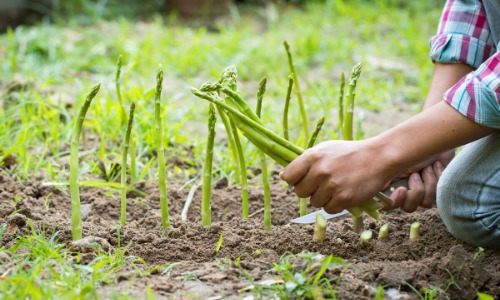 Another reason asparagus is so expensive is the way it’s harvested. Unlike other crops that may be harvested via machine, like wheat or apples or olives, asparagus is picked manually.

This means that workers are in the fields bent over and cutting asparagus spears all day, every day. By all day we mean that it sometimes gets to a 12 hour workday.

On days where the asparagus grows particularly fast the work hours may be longer and the workers need to be paid accordingly.

The main reason asparagus isn’t picked via machine is because each plant needs to be inspected and judged to be good for harvest for that particular day.

Each plant’s state changed from day to day, what with the growth rate of the spears, so each plant is inspected each day.

After harvesting the spears are sent to be sorted by size, bundled and weighed, and then sent to the market. 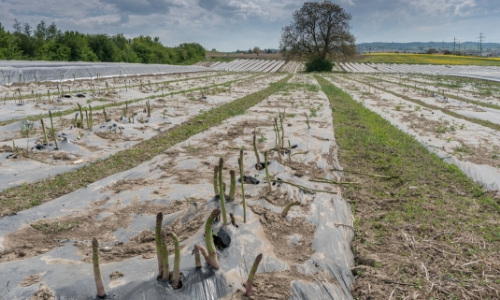 Read Also:Why Is Vanilla So Expensive ?

4. Lots of asparagus is imported

Another important reason asparagus is so expensive is the fact that it’s imported. What used to be a domestic product in the U.S. is now an international import.

Very few countries have the climate and the sheer acreage to plant asparagus and properly grow it. Meaning that aside from a select few (those who grow asparagus), everyone’s importing it from somewhere.

This raises the price, because shipping costs by default but also because asparagus is fiddly.

This vegetable doesn’t keep as well as apples during transport, so they must be very well packaged to not bruise or break.

Asparagus can only keep fresh for a few days, so transport must be very fast, which costs extra.

This is a very seasonal item, and it’s harvested in spring for a few weeks and that’s it. Other than that the world relies on the hot, humid climate countries to produce asparagus year-round.

And then there are the import taxes, handling fees and all that, which again raise the overall price.

All in all, it’s something everyone loves but only a select few can offer so prices are almost always high.

Think of avocado. This green delight isn’t as easily produced as apples, and only a few countries export it so its price is fairly high. The same goes for asparagus, though it takes it up a notch.

For how good it tastes and how well it goes with pretty much anything, we think it’s well worth the splurge every now and then. As expensive as it is, asparagus is delicious and if you’ve never had it you’re really missing out.

Is Asparagus the most expensive vegetable?

There are a lot of rare vegetables that are used in a regular kitchen that have crazy prices. Also, vegetables like wasabi root, hop shoots or pink lettuce are way more expensive than asparagus.

Asparagus is expensive for some good reasons. First and foremost is that it takes a long time to grow. However, it is not the most expensive vegetable out there, and it has a lot of really good uses, so in my opinion, it is worth it.