Are matokes and plantains the same thing? Are matokes the same as bananas? If you’re also confused, then this post is for you!

The soft, mushy, sweet, yellow banana is not the only fruit that belongs to the banana family. There are the other two banana-like fruits that often tend to confuse the non-native folks. We are talking about the plantains and matoke.

Because both are only eaten after being cooked, most people consider them to be the same. So, how are they different from each other? Are they even bananas?

So let’s get to looking at each of these fruits, and them comparing them both. 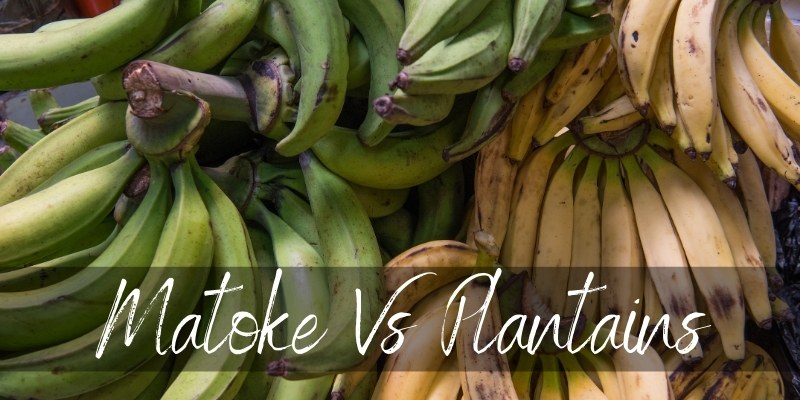 Matoke and plantains are very similar food items. Plantains are a general group, of which the matoke is a part of. For all intents and purposes plantains and matoke are used in the same way, though they look slightly different.

Both plantains and matoke are starchy, low in sugar, and need to be cooked before eating. They are both green when unripe, yellow when barely ripe, and black when fully ripe and starting to sweeten.

Matoke are generally shorter and wider than plantains, while plantains are more narrow and elongated. Even so, they are just different versions of the same food item and can be easily substituted for one another.

A good comparison would be the relation between peaches and apricots, in terms of how easy they are to substitute and the roles they play in the kitchen.

We’ll take a closer look at matoke and plantains, and them compare them in more detail so you get a clear picture.

Plantains are the close related cousins of bananas. However, their flavor and texture are completely different from that of bananas.

They are generally less sweet and more starchy. Due to their firmness and high starch content, they can be eaten only after cooking. You can only eat them on their own when they turn almost black.

There are several ways to use plantains, they can be fried, grilled, boiled, and even steamed. The unique part is, they can be eaten in all three forms: green, yellow and black.

These are the ones that you find in the grocery stores and markets. They are very starchy, almost like sweet potatoes, and extremely firm.

You can not peel them in the same way you peel bananas. They go well in soups, curries, chips, stews etc.

Read also: Is Plantain A Fruit Or A Vegetable ?

When the green plantains become ripe, they turn yellow. They almost look similar to the regular bananas but they’re a bit longer and again firmer. 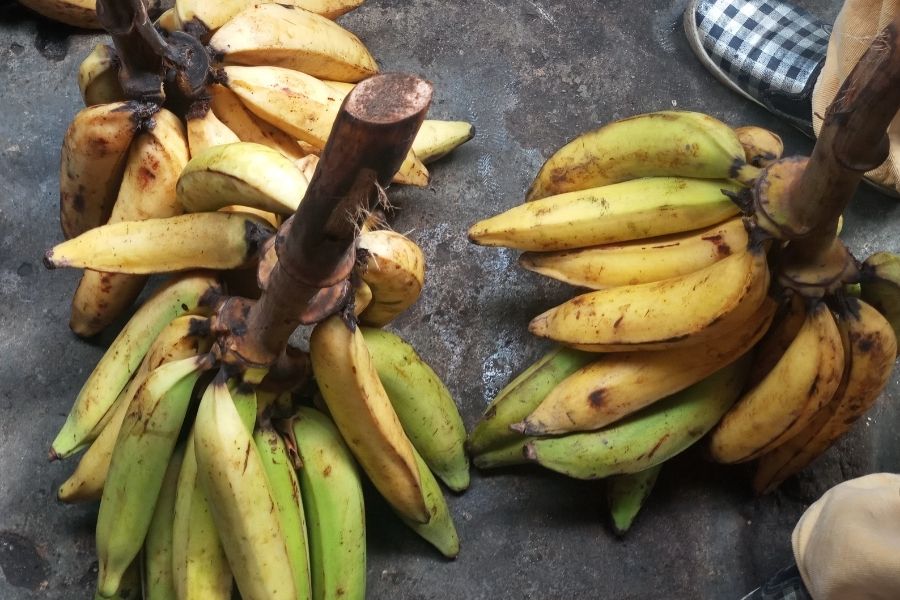 Although they are ripe, they too can’t be peeled without a knife. Also, you can’t eat them raw because they’re still firm and mildly sweet at this stage.

Yellow plantains are generally used for making plantain chips, fried wedges, and make delicious spicy side dishes. Because they are slightly sweet at this stage, they go well as side dishes savory curries.

When the yellow plantains are kept for quite a long time, they become overripe, and their peel turns completely black.

Many people think that they’ve gone bad, but the truth is, they have become perfect for eating. They become very sweet and soft at this time.

You can eat them on their own or add them to your smoothies, milkshakes, ice-creams, pancakes, cakes, and whatnot. Basically, they can be used in place of bananas.

Coming to matoke or matooke, they also belong to the banana family and are native to Uganda.

They are small, green, and have a very high starch content. Due to the same reason, they’re also known as green bananas.

Also, they’re not meant to be eaten raw. You can only eat them after cooking. Similar to plantains, they can be boiled, fried, grilled, steamed, and roasted. In short, there are numerous ways to use them in cooking.

And because they are specifically cooking bananas, they are considered useless when they become ripe as they’re not as sweet. Also, their flavor is not at all the same as the bananas.

Coming to their relation with plantains, they are known as the green plantains sometimes.

Now let’s get a closer look at the comparison between matoke and plantains.

Matoke and plantain look very different from each other. Even the green plantains don’t look similar to matokes.

Plantains are generally elongated and narrow. They have pointy ends and thick peel. On the other hand, matokes are short and thick from the center. They have round ends and are more starchy than plantains.

Also, the peels of green bananas or matokes are usually thinner than plantains.

If we talk about peeling ease, you can easily peel a green plantain by chopping its ends and tearing the peel using your hands.

But, peeling a matoke is a bit tricky. You can’t peel it using your hands. You’ve to run a sharp knife under the peel to remove it.

They also have a sticky sap that sticks to your hands and knife and is often hard to wash off. So, always grease your knife as well as your palms before cutting matokes.

The green plantains and matokes can be cooked in similar ways and can be used in place of one another.

The best way to enjoy them is by deep-frying them. You can either make chips, wedges, or shallow fry them. You can even bake them to make an oil-free snack. 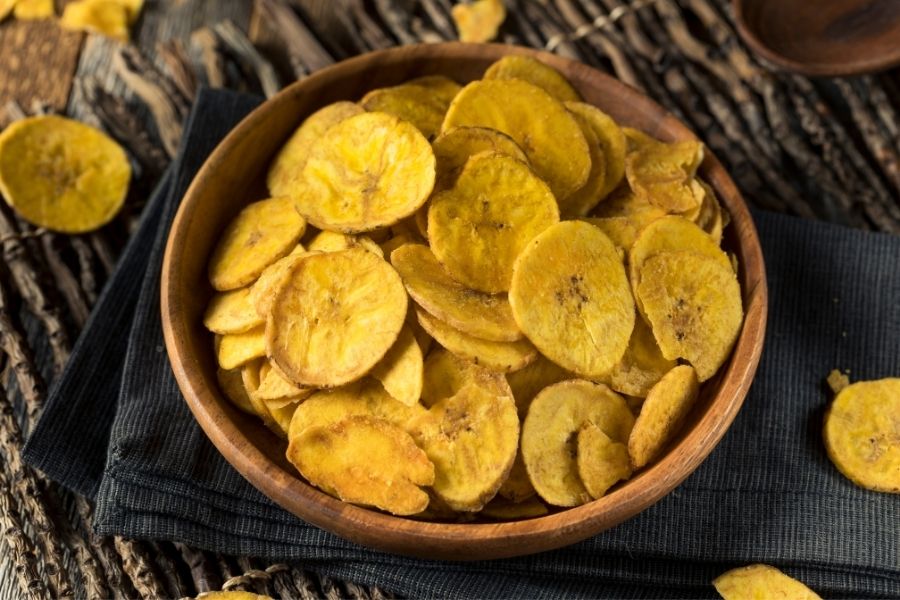 Usually, these are used to make chips that are named among the most loved snacks in the world.

So if you’re ever looking for some matoke and just can’t find them, grab some green plantains since they will work just as well.

So, matoke and plantains are not the same but at the same time, they are quite similar and can be substituted for each other. They have similar uses and similar tastes so don’t worry when you use one instead of the other in your recipe, it should be almost the same.

I hope this article cleared a bit of the confusion about the difference between matoke and plantain.