If you’ve ever wanted to get yourself some nice pomegranate juice, you’ve probably stopped when you saw the prohibitively high price tag. An 8 oz bottle of POM runs at $3 ! And they have their own pomegranate plantation, so they have less middlemen to pay and less reasons to up the price.

So why is pomegranate juice so expensive ? Let’s take a look. 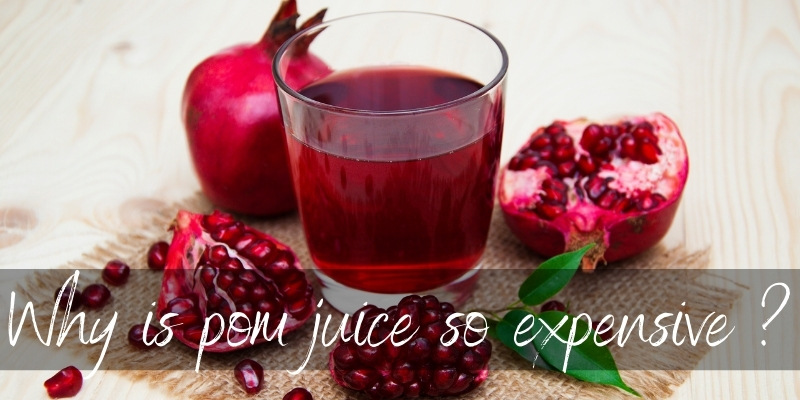 Table Of Content show
1 Why is pomegranate juice so expensive ?
1.1 You need a lot of pomegranates for a gallon of juice
1.2 The juice is made of the seeds, it’s labor intensive
1.3 Most pomegranates have to be imported
1.4 Pomegranates are viewed as very healthy fruit
2 You can grow your own pomegranate

Why is pomegranate juice so expensive ?

Pomegranate juice is expensive because you need a lot of pomegranates to make a few ounces of juice (at least 4 per 8 oz), and getting all those seeds out is labor intensive.

Couple that with the fact that most of the time pomegranates have to be imported, and their status as a superfood/health food, you get a pricey item.

This scenario is common around the globe, even in countries where pomegranates grow easily and without too much hassle. Let’s take a much closer look at all these reasons.

You need a lot of pomegranates for a gallon of juice

Each time you open a pomegranate, you notice it’s full of seeds, and nothing else. Well, nothing else that you can actually use. The outer skin/shell isn’t useful for anything, nor is the white pith inside.

This means that for every pound of pomegranate fruit, you can only use half or less. The rest is thrown away, and this raises the cost. It does, because it takes a lot of work to grow the fruits, but only half are used so half the profit would be lost.

There’s also the fact that pomegranate trees need a lot of help when they’re growing the fruit. They can produce a whole lot of fruits, but the more fruit they make per tree, the less flavorful it will be.

So they have to be pruned a low, meaning the crop size is always controlled and is supposed to me small-ish. There is no such thing as a random, bountiful crop that also tastes good (when it comes to pomegranates or any other fruit).

The juice is made of the seeds, it’s labor intensive

Alright, so you can only use about half of a pomegranate. The worst part is getting the seeds out of the damn thing. If you go the mechanical route, you risk crushing too many seeds and thus losing juice.

If you go the manual labor route, it’s much slower but you save way more seeds. You also have to pay all the workers and you have to pay them extra. Have you ever tried picking a pomegranate apart ? It’s very frustrating, tedious work. 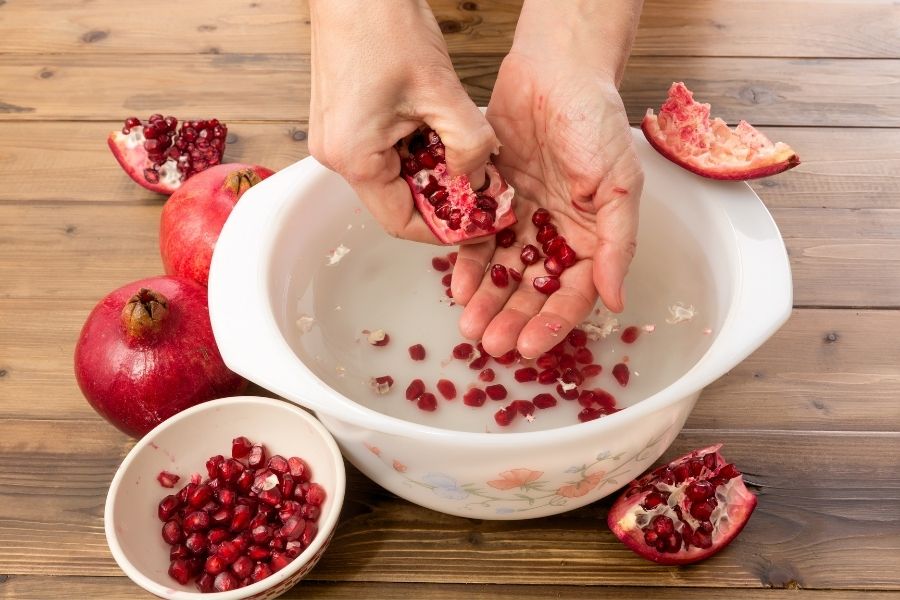 And you finally get the seeds. Great, now you have to press them. There is only so much juice per seed, and the rest is the actual seeds that can’t be used. This means that if you have a pound of pomegranate juice, you can only get about half a pound of juice, the rest is crushed seeds. Those become useless too.

Compared to juicing an orange, juicing a pomegranate is tedious, difficult, and you lose a lot of the fruit because it has no actual juice.

Most pomegranates have to be imported

In America, there is an actual pomegranate crop. There’s actually two of them, one in Arizona and one in California. Even so, it’s not enough to meet all the demand in the country. Coupled with how difficult it actually is to juice a pomegranate, it’s still an expensive business.

In most other countries pomegranates have to be imported, whether it’s the fruit itself or the juice. This means taxes, middlemen, shipping fees and all kinds of markups.

And the final reason, pomegranates have become a thing only in recent years. There wasn’t a real demand for pomegranate until the late 20th century, and as the 2000s rolled around the demand increased.

Pomegranates have always been a culturally significant fruit, and in some cultures is was and still is considered very healthy. These fruits are high in vitamin C and the edible seeds provide a lot of dietary fiber.

Well, companies know people nowadays are willing to spend more on healthy food items, so aside from all of the reasons above, pomegranate juice is marked up because of this.

Read Also: Why Are Cherries So Expensive ?

You can grow your own pomegranate

You can bypass the high price of pomegranates by growing your very own ! Yes, pomegranates can’t grow just anywhere and if you live anywhere that’s not the South, you won’t have much luck. Well, maybe if you used a greenhouse or hot house, depending how far up North you are. Who knows, it’s worth a shot.

Pomegranates can be grown from seed, or grafted. Most aren’t grown from seed, because there can be variations in flavor. But you can try in your own garden. Gardeningknowhow has a nifty guide to growing poms from seed right here.

If you follow that guide, you’ll know0 that it takes a pomegranate tree up to 3 years to produces its first fruits. And remember to prune it, otherwise the fruits won’t be that sweet.

And that’s it about pomegranates ! They’re expensive on their own, their juice is even more expensive, but you can beat the competition and grow your own. Yep, that works and you can have year-round access to it.