Got a hankering for prickly pear cheesecake but just can’t find any ? If you’re in the middle of winter you’re out of luck. These things are also hard to find outside of America, so if you’re from anywhere that’s not America you’ll definitely need a substitute. 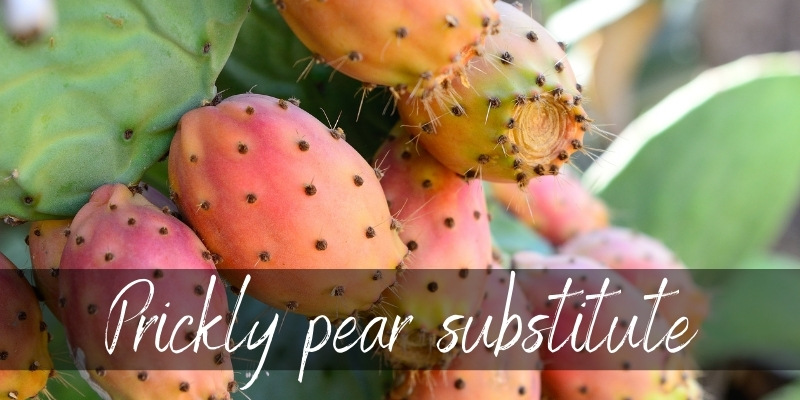 Table Of Content show
1 Best prickly pear substitutes
1.1 Watermelon
1.2 Guava
1.3 Dragon fruit/pitaya
1.4 Kiwi + raspberries
2 What does a prickly pear taste like ?
3 Where do prickly pears come from ?
4 When are prickly pears in season ?

The best substitutes for prickly pear are watermelon, guava, dragon fruit, and if you can’t find any them try a combination of kiwi with raspberries.

These fruits and combinations are fairly similar to the original prickly pear, but a trained taste bud will notice the difference. Still, if you live in an area where the spiky fruit is nowhere to be found, try these substitutes. Here’s how.

Watermelon is possibly the closest approximation to prickly pear, as they are both sweet, refreshing, and definitely ‘wet’ tasting and juicy. The only problem when using watermelon is the texture. A prickly pear will hold its shape a little better than a watermelon.

But, the amount of juice you can get out of watermelon is astounding. And if you find a very ripe, large one you have fruit for days.

This substitute works best for color and decoration, not as much for texture. Unless you’re making jam, in which case it’s fine.

Guava is yet another American-based tropical fruit, and they taste a bit similar to prickly pears too. If you’re in luck and find ripe guavas, you can even get a color match too. The best prickly pears are the sweet pink ones, just like guava.

And just like prickly pears, you need to separate the guava seeds from the pulp with a strainer. This substitute works great whether you need decoration or flavor. 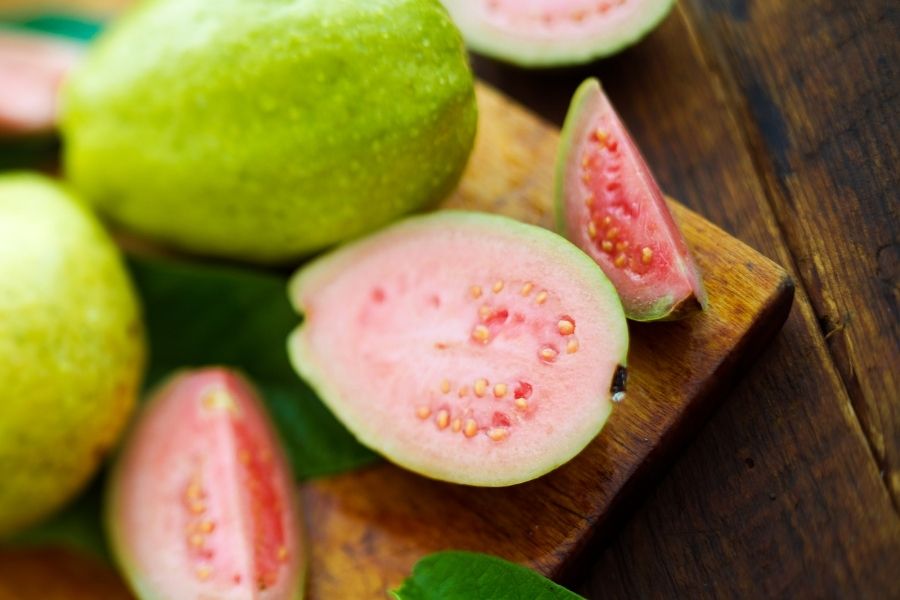 Dragon fruit is very close to prickly pear in flavor, if you can find a really sweet and ripe one. For this you’d need the yellow skinned ones, or the pink skin and pink flesh ones, those are the sweetest.

This works amazingly well for decoration purposes, and for flavor too.

If none of the above sound right for you or you just can’t find any, look for kiwis to get that tang and sweetness. Add some raspberries for the watermelon-like notes and to cut through all that sweetness.

This substitute combination works well for decoration, if you use them separately or in two distinct layers. And it also works great if you only need the flavor and don’t mind the odd color a mix of these two makes.

Prickly pears taste like bubblegum watermelon, very sweet yet refreshing and definitely fresh tasting. They’re juicy, they’re sweet, and they somehow taste exactly like you’d expect a cactus to expect. Very refreshing, given the amount of water it stores in its flesh.

Now, the white prickly pears are a little less sweet, but that doesn’t make them a bother. They still taste like watered down watermelon flavor, but with more sweetness.

This is why watermelon, guava, and dragon fruit were the first options.

Where do prickly pears come from ?

If you’re in anywhere except the American continent, then you most likely have no idea what prickly pears are. These little things are native to Central America, and grow abundantly in Mexico, all of the Southern states, and the northern part of South America.

As time went on, these plants – they’re cacti after all – were traded and found their way to India and the Mediterranean basin, Australia, and North Africa.

In some parts of the world, like Australia and Hawaii the prickly pear is considered an invasive species, and thus not heavily cultivated.

If you’ve never touched a prickly pear ever, know that they’re called prickly for a reason. Never touch them with an ungloved hand. They have hundreds of tiny, thin hairs that can and will get under your skin. Very difficult to pull all of them out.

When are prickly pears in season ?

Late spring through early fall. This means that if you’re looking for prickly pears in January you have no chance of finding them, except canned or as a syrup.

What you could do is buy in bulk when the season starts, peel them very carefully, remove the seeds, and freeze the prickly pears. They will be soft and mushy once thawed, so you’ll have an easier time making purees and jams and syrup with these.