Puddings are great and we all know they’re supposed to be made with milk. But what if you just ran out of milk and absolutely need to make that pudding right now ?

Well then you’d have to get creative and use water instead. But does pudding made with water taste any good ? That’s up to each of us to decide, and until you try it you won’t know.

So let’s see if you can make pudding with water instead of milk, and what other milk substitutes you can use. 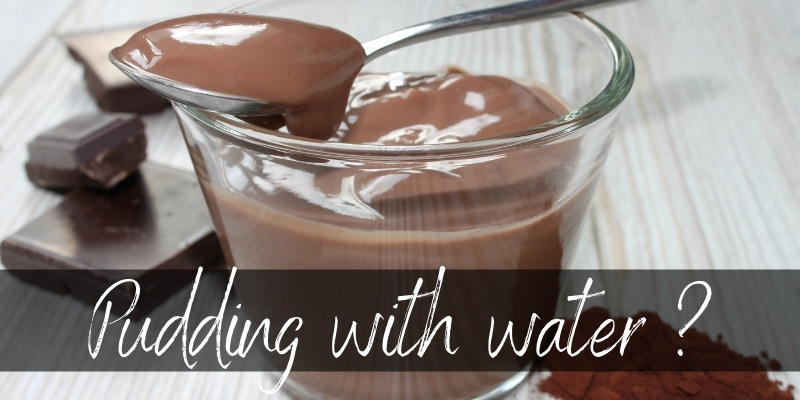 Can you make pudding with water instead of milk ?

Yes, pudding can be made with water instead of milk, but you will have to reduce the amount of liquid. The protein and fats in milk help the pudding set and become creamy, while the water provides nothing like that.

Does it taste any good ?

It really depends on the pudding’s ingredients and your personal taste. It definitely won’t be as creamy and smooth and rich as if you used milk. But it will still have some flavor, even if it will be literally watered down.

Another thing that may happen, your pudding will become transparent. Water is clear, milk isn’t, and puddings made with milk become opaque.

This could come to your advantage if you’re using a fruit pudding, and want to get a nice effect. For example you can make strawberry pudding with water and maybe a bit of extra strawberry essence, let it cool a little, and pour it over cheesecake. It will become something like a softer jello, and it always looks amazing.

Pudding with water will be less creamy, consider add ins

Due to the pudding becoming less creamy, you may want to consider some add ins. Of course, if you’re lactose intolerant or are looking to cut calories some of these suggestions may not work for you. But here they are, and maybe you’ll find something that works for your case.

One thing you can use is coffee creamer. It will smooth out the taste and provide something very similar to milk in terms for flavor. Whether it’s concentrated milk, or in powder form and coconut base, coffee creamer will definitely help you out here. 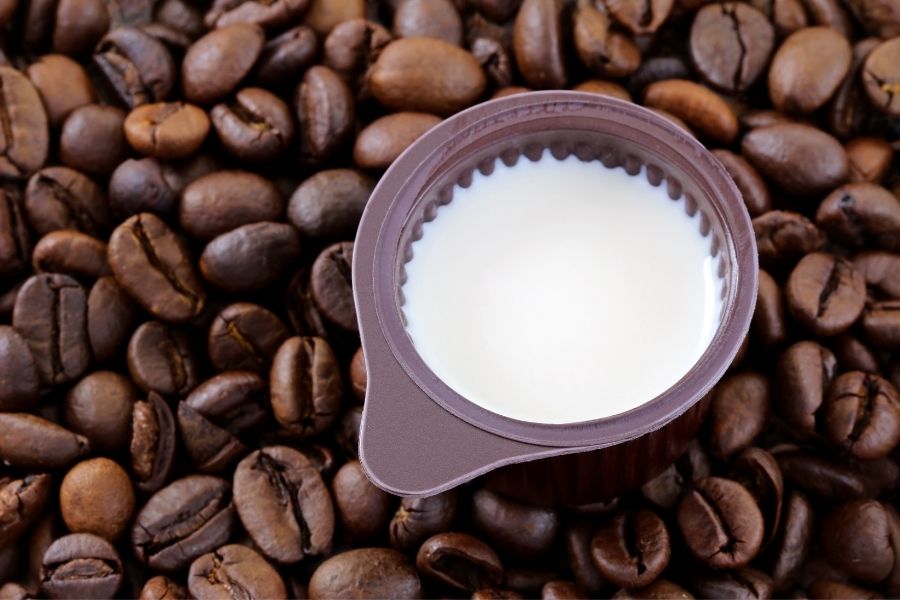 The best part is that you can add as much as you like, even while the pudding cooks.

If you’ve got a liquid creamer this will work even after the pudding is done, as long as it’s still hot. Keep stirring and the creamer will incorporate. The powder one will have a harder time blending in if there isn’t enough liquid.

Ah yes, powdered milk. We recommend you add the powdered milk to the water, not the pudding mix. Keep in mind that this add in will provide a lot of sweetness, so be sure to dial back the sugar you add to the pudding by a couple of spoonfuls.

Don’t add powdered milk at the end, since it needs lots of water to rehydrate and it won’t blend into the pudding otherwise.

Maybe you’re making chocolate pudding ? If you have none of the add ins above but you have cocoa powder, add that in. It will boost the flavor so much that you might not even notice there’s no milk in the pudding.

Be sure to add the cocoa powder to the pudding mix and mix it very thoroughly with a bit of water to form a loose paste. Otherwise you’ll get lumps of cocoa in the pudding, and it won’t be as pretty as it sounds.

If you have water, you can mix in some heavy cream. You’d get a sort of milk, with a higher fat content. Heavy cream is what forms at the top of a milk container if you leave it undisturbed for a few days.

Nowadays milk is homogenized and this doesn’t happen anymore, but if you ever get raw milk from a cow on a farm, you’ll notice it happening.

You can use veggie cream the same way you use heavy cream. It’s a vegan stand-in for heavy cream, used as cooking cream, cooking sauce, and more than half of all whipped cream cartons are made with veggie cream.

Both will work great to bring some richness into the pudding, you’re bound to love it.

Other milk substitutes in pudding

Okay, what if none of the ideas above sound good for you ? All of them were based on you still using water for the pudding, and only adding those add-ins for some extra flavor and creaminess.

Well, who says you have to limit yourself to just water when looking for a milk substitute in pudding ? Let’s take a look at some of the substitutes you could use.

All of these are nut and plant milks, and to be honest literally any vegan milk will do. But the ones listed below seem to work best, in terms of flavor and thickness.

Coconut milk is the thickest, creamiest milk out there and you may have to add a bit of extra water, unless you like your pudding extra thick (we do). It seems to work with most pudding flavors, like chocolate, any fruit flavor, vanilla, cream, you name it.

You could look for a pudding that’s got a pineapple flavor base, and you’d get the most amazing pina colada pudding out there ! Or even a jello, not a pudding, it would work just as well. 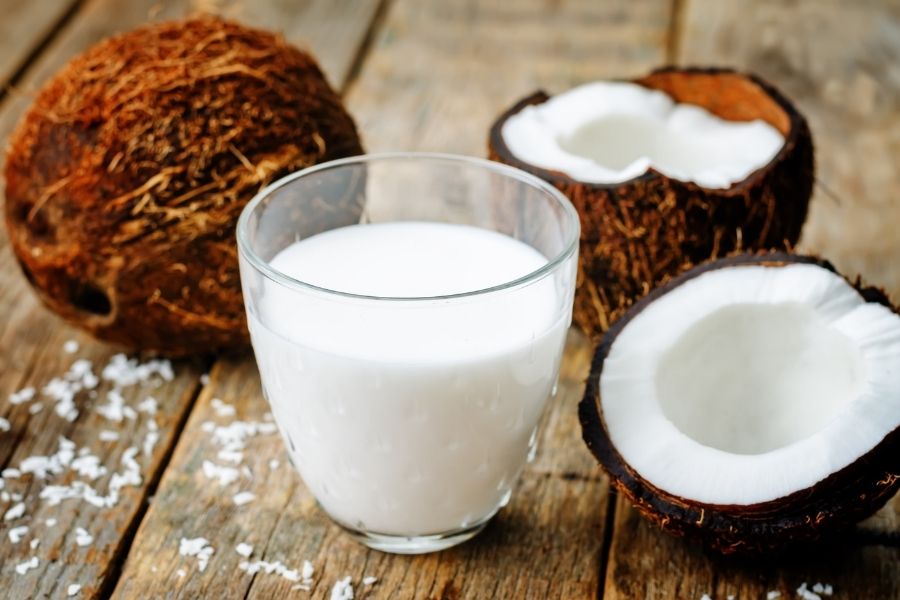 Cashew milk will get you that nutty flavor with a hint of sweetness, and is one of the best milk replacements in this case. Cashews are the creamiest of nuts, so they will emulate the texture of milk very well.

Rice milk is a great plant milk that has barely any aftertaste. This might make it one of the best options, if you’d like your pudding to not have a nutty or coconut flavor. Rice milk is a little thinner than other milks, so you may have to add less to get it to thicken.

Soy milk is probably the default vegan milk, so it will be easy to find, fairly cheap, and available in different flavors and sweetness levels. This makes it a great alternative, and while there is a bit of a taste it won’t show up as much as other plant milks.

Oat milk has a nice consistency and provides just the right amount of thickness. We’d use it instead of soy milk, but it’s still a fairly new product and may not be available where you are.

Almond milk not only has that nice texture, but it also provides its own flavor that will boost any chocolate, vanilla, or caramel pudding ! It may not work well with fruity puddings, unless you like those particular pairings.

And that’s it for substitutes, feel free to mix and match to your heart’s content

The conclusion is that you can make pudding with water instead of milk, but do you want it? If you want your pudding to be dairy-free, sure, it is worth it but otherwise, it would not be the best experience for you.

I hope the article helped you to know how to make pudding with water and what you can add to give it a better taste and texture.