Don’t worry. We’re here to help you decipher the mysteries of food and cooking ingredients, so today we’re looking at whole vs homogenized milk. What the difference is, and how that impacts the way you use them. Now let’s take a look at them. 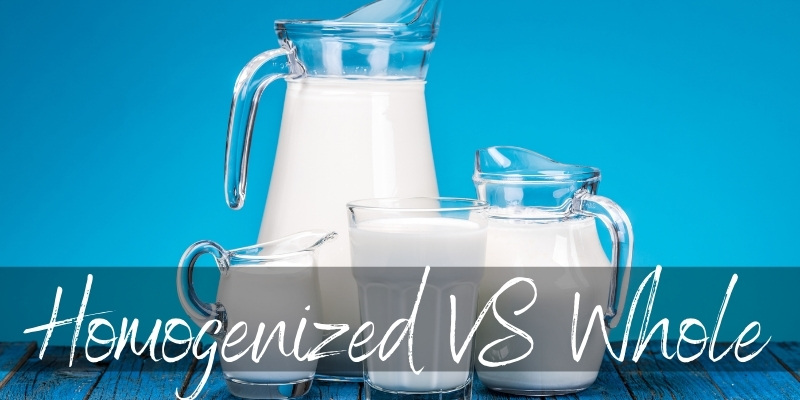 Homogenized milk has been passed through a very dense sieve to make the fat globules smaller, making sure the cream won’t separate from the whey over time. Whole milk can be homogenized, as it only means it’s got at least 3.25 % fat in its composition.

Whole milk can be homogenized or not, and it only talks about the fat content. Homogenized milk may be 0.5 fat, 1.5, 2.0 fat, 3.2 or any other percentage. All it means is that the milk won’t separate into cream and when over time.

The simplest way to understand the difference between homogenized milk vs whole milk is that there is not a difference.

What is non-homogenized milk?

This type of milk can be found but it’s less common. Homogenized milk will separate into the milk and the high-fat cream after sitting undisturbed for about 24 hours.

Over time, this cream will become thicker and may even form a type of plug. This is the beginning of heavy cream, actually. When you shake up the milk, it will separate into the milk evenly.

There is also a difference when it comes to the flavor of the milk. The whole cream gives the milk a silky texture that is typically lost when the fat globules are broken apart in the homogenization process.

It also has a richer flavor since the fat content is typically higher than homogenized milks. Some chefs prefer to use non-homogenized milk for its difference in flavor for their dairy-based foods.

The reason most milks are homogenized is that they last much longer on shelves, and produce consistent results from one batch to another. From a production point of view, this is better than milk that will separate into cream within a week.

Read Also:Why Is Milk Sweet ? The Real Reason May Surprise You !

This is another question that frequently arises when it comes to milk production. Although it’s easy to confuse the two concepts, homogenization is a mechanical process that doesn’t rely on any other process to be effective.

Pasteurization is a separate process done to milk in order to remove potentially harmful bacteria. Milk is typically pasteurized before homogenization occurs, although the two processes are not dependent on each other. 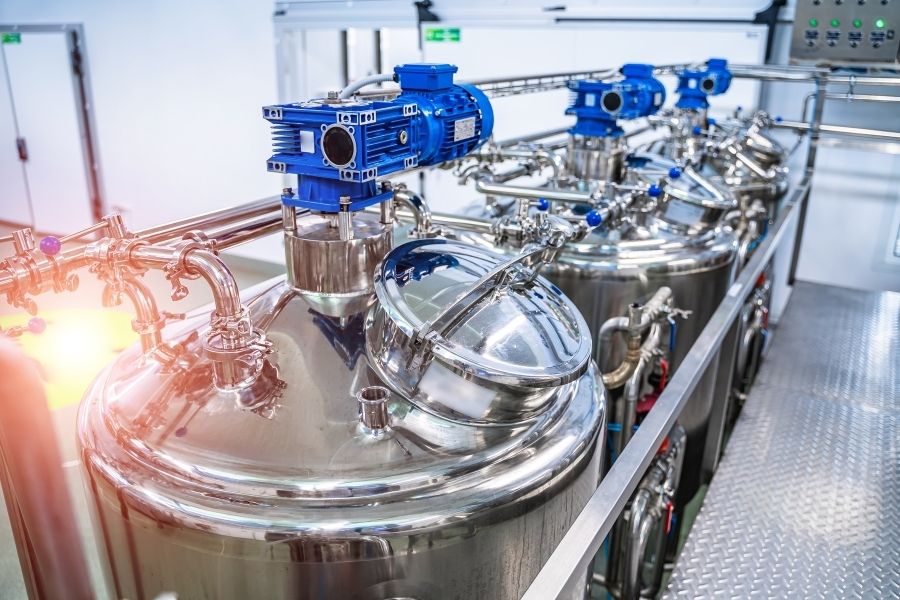 Pasteurization simply involves heating milk and then cooling it rapidly in order to eliminate certain bacteria. Most dairy manufacturers will heat milk up to 161.6 degrees F for 15 seconds and then cool it quickly. This method kills many bacteria and makes the milk safe for drinking for up to 2-3 weeks after pasteurization.

Since leaving the fat in the milk isn’t a problem, why was it started in the first place? Homogenization was a process developed in the 1920s and since then, has increased to include almost all milks due to significant demand.

You may notice that when looking for non-homogenized milk, you typically have to visit a specialized or natural grocery store to find it.

Since this process involves one more step for dairy producers, it’s not an advantage for them. However, due to consumer preference, almost all milk is now homogenized.

Simply put, homogenization makes less work for clients. Most people don’t want to have to shake up their milk before drinking it so homogenization saves them time and effort.

Dairy producers also appreciate this process as it will help to extend the shelf life of milk. This is most attractive when trying to get milk on the shelves without having it expire. Producers who homogenize can ship longer distances and also do business with more retailers.

Finally, this process makes it easier for dairies to filter out the fat and create the lower fat milks. With non-homogenized milk, it’s almost impossible to create skim milk as some fat will remain in the milk. However, homogenization makes it simpler to achieve 1%, 2%, and skim milk products.

Some people strongly believe that homogenizing milk is less beneficial than the non-homogenized version. According to some of the strongest opponents, homogenized milk contributes to heart disease, diabetes, and allergies due to its increasing the absorbability of a milk enzyme known as xanthine oxidase.

This is only partially true. Elevating this enzyme can lead to inflammation but this effect has never been found, as the enzyme is produced by the body but is not absorbed from any food sources.

In fact, the opposite is actually true. Studies have shown that homogenization actually helps to increase milk’s digestibility. It does not lead to an increased risk of milk allergies or intolerances.

Why is non-homogenized milk more expensive?

This question commonly occurs as people want to know why they pay more for a less processed product. There are two main reasons why it’s a pricier product.

Non-homogenized milk does go through less processing but it’s also become a specialized product. Since it’s less desirable to most consumers, it’s actually more work to produce and doesn’t sell as well. This has driven up the cost and made it a more specialized product. 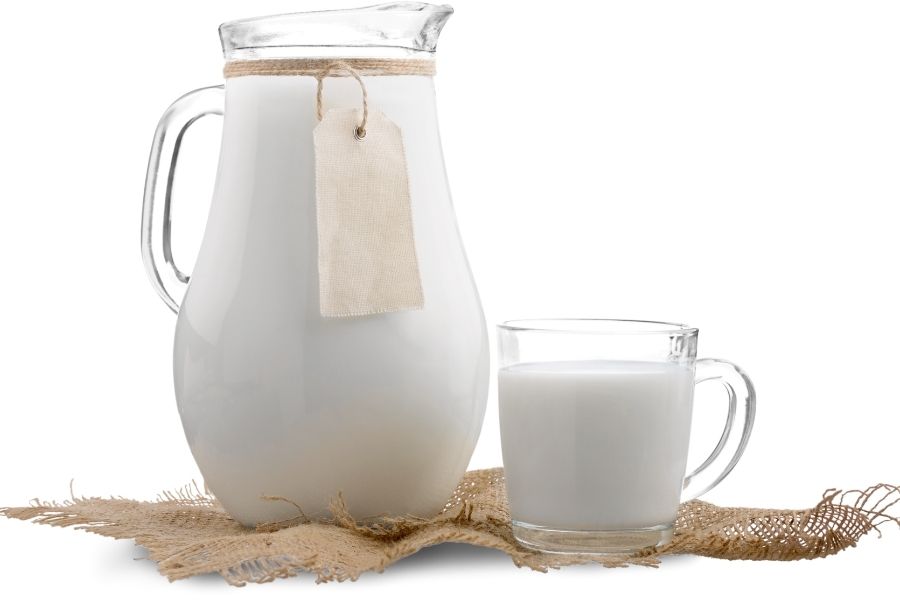 The second reason is that the fat removed in homogenized milk is typically used to make butter or cheese. Although whole milk has all of the milk fat added back in, non-homogenized milk removes less of the fat for the lower fat milks.

This gives the dairy producer less overall fat to make into other products that would turn into a profit. The loss of earnings with non-homogenized milk also contributes to its increased price.

Now that you have an idea of the different types of milk, there isn’t any one correct choice when it comes to choosing your milk. Both homogenized and non-homogenized milk are safe to drink.

Most people have a certain preference when it comes to ease of purchasing and taste but the health differences are almost non-existent. If you’re still not sure of which one you prefer, try both and then choose your favorite.