If you haven’t grown up with tamarind, then you may be a little confused as to what it is, and what the difference is between the sweet and sour kind.

Tamarind is a pod that is heavily used in Asian cuisine, and it’s used both in sweet and sour form. But what’s the difference between sweet and sour tamarind ? Aside form one being sweet and the other, well, sour. Read on to find out ! 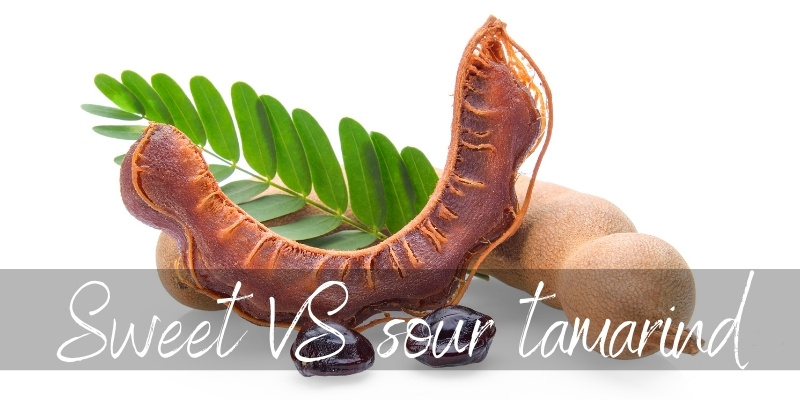 Sweet tamarind and sour tamarind are the same fruit, but a different stages of ripeness. You can eat tamarind at any ripeness, but the younger ones are more sour, while the older, more ripe tamarind is always sweeter, with a bit of a tang.

Also note that tamarind comes in several forms. You can find tamarind in the pod, or as a paste, or as a concentrate. Your best bet is to get the whole pod or the paste, as those have the most flavor.

What is sweet tamarind ?

Sweet tamarind is the very ripe, soft tamarind. Inside the pod, there are several beans, surrounded by very soft and sweet flesh. There’s more bean than there is flesh, but you can easily eat the flash off of the bean.

As tamarind ripens, the flesh softens and you can easily eat it as-is.

What is sweet tamarind good for ?

Sweet tamarind is best for eating on its own, instead of used in different recipes. That being said, you can always use sweet tamarind to make a paste that you then incorporate into desserts.

What is sour tamarind ?

Sour tamarind is the younger, less ripe version of tamarind. Older tamarind is a little tart as well, but it’s noticeably sweeter.

Sour tamarind is just sour, with barely any hint of sweetness. Still, it’s the most used version for tamarind paste, and it’s often sweetened. Sour tamarind has the clearest tamarind flavor.

What is sour tamarind good for ?

Sour tamarind is better used for tamarins paste or juice or concentrate, as it has the clearest flavor. What you do with the paste is up to you, as it’s good for sweet dishes, or savory dishes.

The most common use for tamarind is for flavoring a dessert, such as ice cream or little pastries.

What is sweet and sour tamarind, then ?

Sweet and sour tamarind is the in-between of young and old tamarind. It’s tamarind that’s not yet sweet enough, but definitely isn’t as sour as a young tamarind pod. These are not as easy to find, but you can make your own by sweetening a sour tamarind with sugar.

Sweet and sour is also the name of a tamarind-based dish, which uses sour tamarind as a flavoring. It is sweetened, hence the sweet and sour name.

Where does tamarind grow ?

Tamarind is native to Africa, but most of it is grown in the Indian subcontinent, and was later introduced to Central America. You can easily find tamarind in most of Asia, with India being the primary producer. 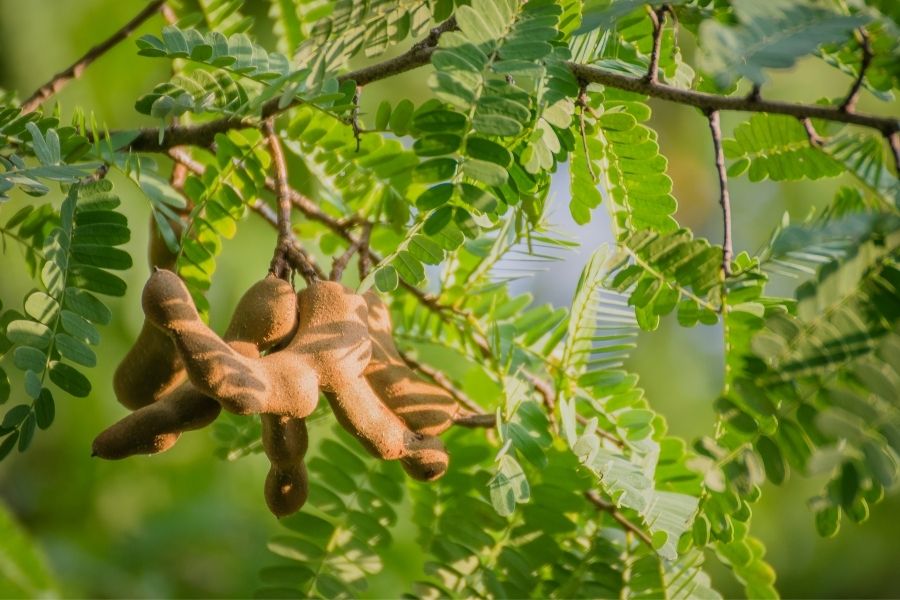 So if you’re looking for tamarind, be it sweet or sour, you can look for it in Asian markets with the highest chance of actually finding some.

How do you use tamarind ?

Tamarind is mostly used for its pulp. The beans aren’t really edible, as they’re just the seeds, and are very hard. The outer shell isn’t edible or usable in a way.

So the only thing left is the pulp. The most common version is the sour tamarind, with the sour pulp being used in several ways. The most common way is to use it in savory dishes, in a sweet-and-sour recipe, or as a pickling agent, or as a condiment in sauces.

It’s also used in sweet dishes, sweetened and as a flavoring. You can find tamarind pastries and ice cream and creams throughout Asia. You can also find sweet, very ripe tamarind for sale to eat as-is.

The pulp is still the only edible part, but it’s much softer and sweeter, with a slight tang.