Spinach and silverbeet are often confused with each other. They come from the wide family of healthy greens. However, they are indeed, two very different plants that come with their very own growth requirements, tastes, appearance, nutrition profiles, as well as different methods of preparation.

If you are wondering what exactly makes them different, scroll below to get an in-depth insight into their similarities as well as differences. 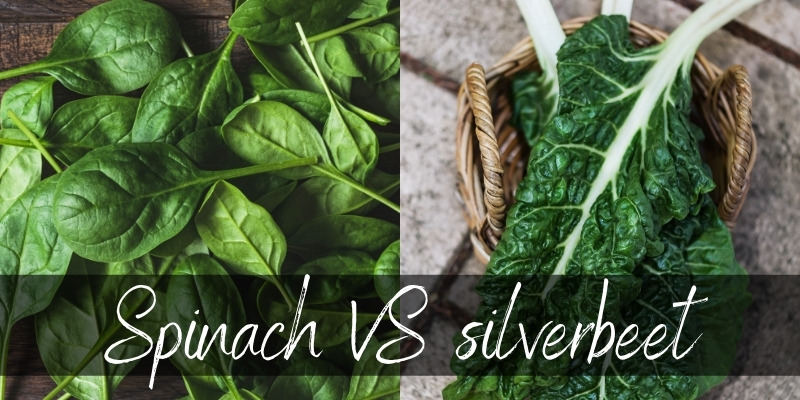 Because of its thicker texture, silverbeet is best cooked, while spinach can easily be eaten raw. And finally spinach leaves are much more flat and smooth, compared to silverbeet’s ruffled, crumpled-looking leaves.

Silverbeet is a close relative of spinach and beetroot. Still, it’s easier to grow than spinach due to its high heat tolerance. It’s more popular than English spinach in Australia and is believed to have hailed from the Mediterranean.

It may be green with white stems, or sometimes feature red stems and veins for certain varieties. It’s typically marked with large crumbly leaves, and works best when cooked.

Spinach, on the other hand, features small, flat leaves accompanied by green veins. English spinach, or true spinach is quite a short-growing plant that has got stems thinner and softer than silverbeet and leaves that look clearer in texture. It tastes delicious when raw or blanched, but is also enjoyed in the cooked forms.

How do spinach and silverbeet differ in taste?

When fresh and raw, spinach sports a very light and green taste. This variety of leafy greens is not crunchy as some lettuces are. Plus, raw spinach is not at all bitter and that’s why it forms a perfect component of raw salads.

However, spinach can turn bitter once it wilts. Its delicate taste is quite good when it’s raw or blanched.

Silverbeet tastes best after cooking, since it is somewhat tough to be used raw as its leaves feature a bitter taste and rough texture. Once it’s cooked, it looses the bitterness and becomes mild, sweet even. Very much like spinach. Sliced or chopped up, silverbeet is perfect for stir fries.

Silverbeet has greens that grow in clusters, featuring broad and white stems while the deep green leaves look crumbled and fan-like. Generally, whether you call these leafy greens as silverbeet or chard depends on where you are raised.

In Australia, the leafy greens are commonly called silverbeet, while they are termed as chard in the States. Typically, silverbeet mostly refers to the green leaves with white stems whereas the greens with colored stems and veins are known as colored chard or Swiss chard.

As stated above, silver beet features large crinkly leaves and thick white stems, but some cultivars work up brilliant red stems and veins and varieties with golden stems and veins.

If you plant different varieties together, you may get red-tinged silverbeet with white or golden stems. However, silverbeet or chard doesn’t resemble spinach at all.

Spinach or English spinach grows less vigorously and features leaves quite small in size as compared to silverbeet. It doesn’t come with colored stems or thick white stems – instead, spinach has got a green colored stem that’s just as soft and supple as the leaves.

While the pre-cooking or pre-serving steps for silverbeet and spinach are quite similar to each other, they differ in the forms used in various recipes. Both call for a thorough washing of the leaves and a removal of the stalks or the center ribs. When you are cooking the leaves, make sure to shake off excess water and not add water on top. The amount of water that clings to the leaves after washing is sufficient in itself.

If you are planning to eat silverbeet cooked like asparagus, or in the form of cooked slices – you can remove the stems from the leaves. Some preparation methods also use the leaves and stem together. However, the stems require more time to cook so the leaves need to be added 4-5 minutes after you put the stems for cooking.

Silverbeet is usually eaten cooked, but the younger leaves can also be employed raw in salads. Otherwise, people prefer to stir-fry, steam, or microwave silverbeet. Its blanched leaves work wonders as a wrap, while thin-chopped or pureed silverbeet forms a great base for many dishes.

Spinach works equally awesome when served raw or steamed in the microwave for a few minutes, while also letting you microwave it for 2-3 minutes until it’s wilted. The stalks need to be removed only when eating spinach raw, otherwise you can simply slice and cook them along with the leaves.

Apart from being added raw in cold or warm salads, spinach also works as a cooked side dish in pasta sauces and soups. Egg preparations like quiches, omelets and soufflés also have spinach as a popular element.

Silverbeet and spinach call for growing conditions slightly different from each other. Silverbeet, in temperate regions of Australia, can be sown and grown almost throughout the year, while in cooler places it is usually sown from Spring to Autumn.

Silverbeet is quite frost tolerant but it can experience a stunted growth in extremely cold regions, while also having the stalks damaged by an elongated frost season.

Spinach on the other hand, is much less heat tolerant as compared to silverbeet and calls for a cool soil to germinate. Spinach is only grown in late autumn and winter, while it also grows in early spring in very cold areas.

Spinach also comes with a much shorter picking season than the latter. However, both spinach and silverbeet need a well drained, rich soil that’s loaded with phosphorous, potassium, nitrogen and lots of compost.

Is silverbeet as good as spinach?

While silverbeet and spinach are loaded with nutrition, they are very much different in their nutrient analysis. Like many leafy greens, silverbeet is rich in a whole spectrum of minerals and vitamins. Examples include high amounts of calcium, magnesium, vitamin K, vitamin A, iron, potassium, zinc, Vitamin C, copper, Vitamin E, and dietary fiber. 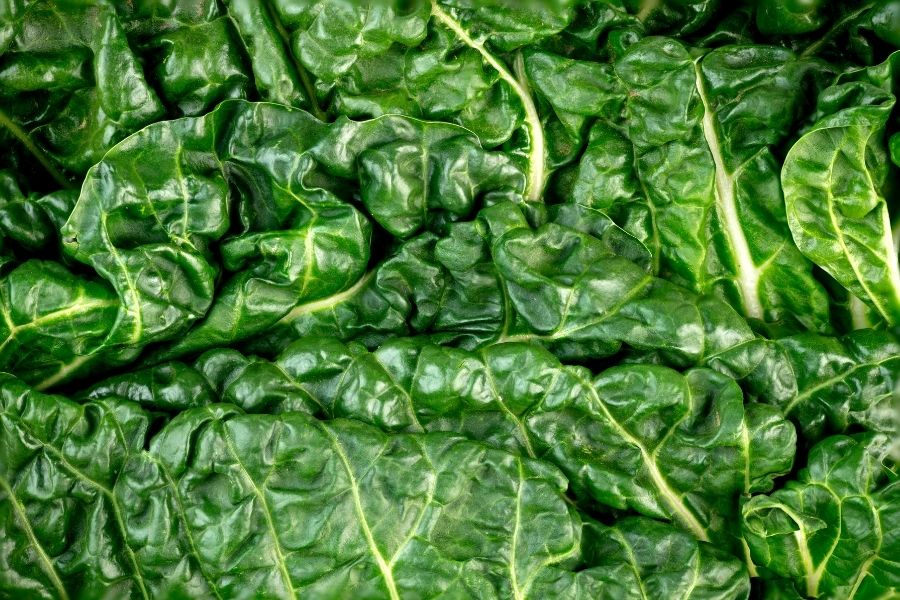 While spinach has also got most of these nutrients, it comes with nearly double the fiber content as in silverbeet, while being very high in Beta Carotene which is a strong anti-oxidant. Spinach is comparatively low in sodium, thereby being preferred by people who are on a low sodium or low salt diet.

However, the low energy value for spinach as well as silverbeet helps in the control of weight. Both of them are excellent sources of folate, while being high in the iron content.

Are silverbeet and spinach interchangeable?

Many people feel that spinach and silverbeet are interchangeable. In fact, some states in Australia have also referred to silverbeet as spinach in the past but it only adds to the confusion. Traditionally in some places, silverbeet has been termed as spinach, which is absolutely incorrect in technical terms.

However, now this misnaming is not that common, but it still confuses some people. In fact, there are places where Swiss chard is still sold with the name ‘spinach’, but they’re actually different plants.

As for using them interchangeably in recipes, we recommend only using silverbeet instead of spinach if you’re going to cook it.

There are quite a few differences between silverbeet and spinach even if some people think they are the same, they are not. However, they can substitute each other in many recipes.

I hope this article cleared the confusion and made the difference between those two vegetables more obvious.