Tamarind sounds more like a spice than a fruit. When you look at one, you probably still will not feel confident that it is a fruit. It looks more like a peanut than any fruit that you have probably seen.

Does it taste more like a fruit that you are used to eating? So what does this Asian fruit taste like? 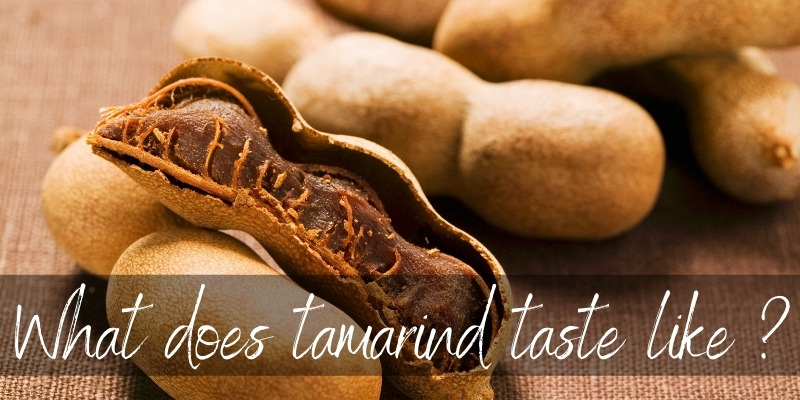 Tamarind flavor is sour, and it gets progressively sweeter as it matures. It can be eaten at any stage, but most people prefer it when mature. Tamarind does not taste like a peanut, despite looking like one.

When you first take it from the pod, it is a pulp, and that pulp tends to be very sour as it is high in tartaric acid. Some people call tamarind nature’s sour candy.

However, it is essential to keep in mind that the taste of tamarind can range a lot. Sometimes tamarind is more sweet and tangy while other times it is really quite sour and tart.

How sour tamarind depends on how ripe it is. The riper it is, the sweeter it gets. A piece of tamarind that is not all that ripe can be sourer than a lemon.

Tamarind is a type of fruit that is believed to have originated from East Africa and South Africa. Technically speaking, it is in the legume family, but most people consider it a fruit.

Today, it is grown in a variety of different tropical locations. The small, pod-like fruit is grown on trees and used in various dishes (such as soups and salads) and desserts.

What is the texture of tamarind?

The texture of tamarind depends on when you eat it because you can, in fact, eat it at almost every single stage. Younger tamarind will be fairly crispy and is often used as a dipping snack. As it gets older, it becomes much softer.

At the middle stage, it is primarily used to make concentrates for different foods such as soups and salads. By the time it is fully ripe, tamarind completely softens into a paste-like texture. At all stages, the tamarind is surrounded by a hard, brown shell.

How do you eat tamarind?

First of all, you can eat tamarind right off the tree, well, kind of. Before you bite into it, you do need to crack and peel off the hard shell. Do not worry, it is not hard to crack the tamarind shell, so you do not need any special tools.

After you remove the shell, you simply remove the twig-like veins, and then you can go ahead and bite into it. Just make sure that you are careful to avoid biting down on one of the center’s hard seeds.

There are other things that you can do with tamarind, though. Many people turn tamarind into a concentrate or use the paste from the final stages to make a soup or salad dressing. It is also fairly common to drink juice made from tamarind. However, those are also typically done with fully ripe tamarind as no one wants to drink an overly sour drink.

Another absolutely delicious way to eat tamarind is tamarind balls. As stated before, tamarind is often considered natures sour candy, so why not treat it is as such. Tamarind balls are when you take the pulp, roll it into a ball, and then cover it in sugar. These really are a simple, delicious treat for you and your friends or family to enjoy rather than typical store-bought candy. 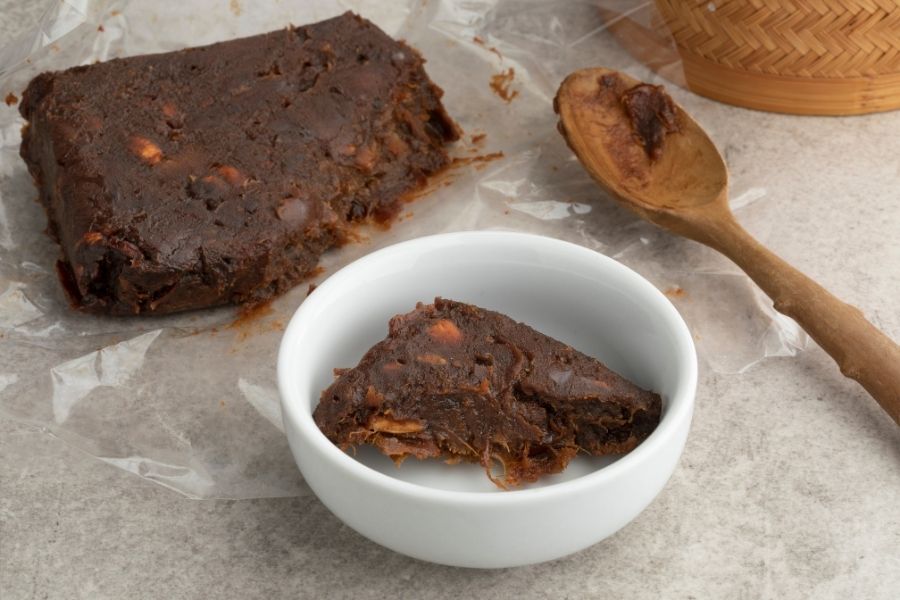 What happens if you eat too much tamarind?

Most evidence has pointed to the fact that it would not be easy to eat too much tamarind. As long as you eat it in a normal food amount, you should be perfectly fine. However, if you do eat too much in one sitting, there may be a few problems.

First, some people use tamarind as a laxative. If you eat too much, you may find yourself on the toilet for a while. Second , there is evidence that tamarind can lower you blood pressure, which is fine in normal amounts, but if you eat too much or if you are anemic, this could create some problems.

How can you tell if tamarind is fresh?

As stated previously, you can eat tamarind at all the stages, so it is more about whether or not your tamarind is overripe than ripe enough. There are a couple of ways to tell if your tamarind is too ripe.

It will be tasteless and chewy, so there is no point in eating it unless to figure out if it is overripe. There may be a couple of recipes that you can use overripe tamarind in (if it is not used for flavor). Still, for the most part, when a piece of tamarind has gotten over-ripe, it is time to throw it out.

How do you store tamarind?

You can choose to store tamarind out on your counter/at room temperature, but this way, it will only last about a week before becoming overly ripe and losing its flavor. 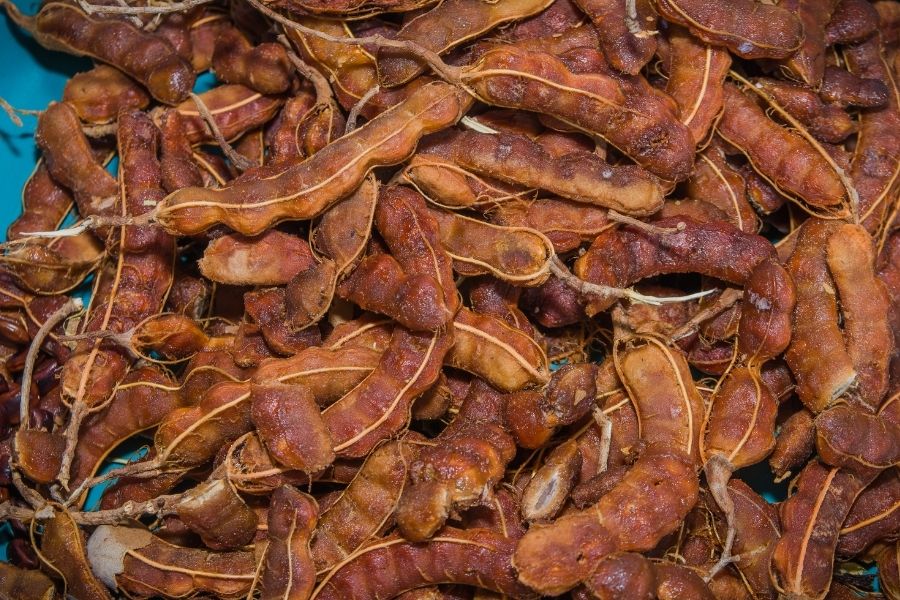