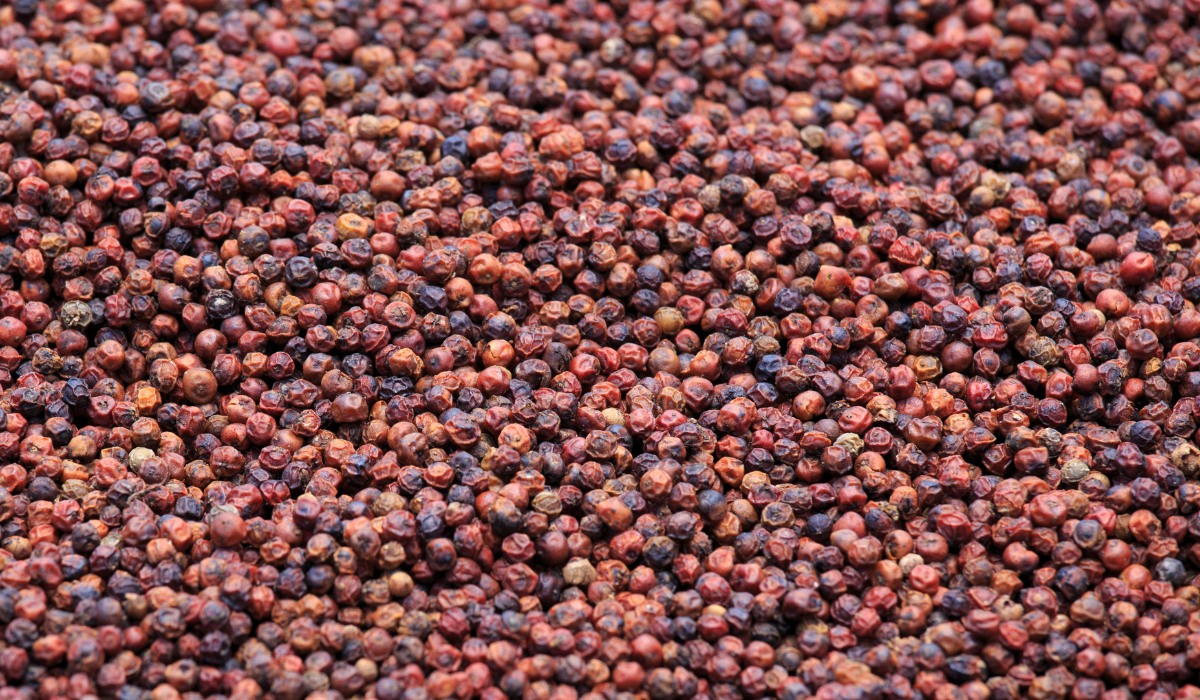 What are red peppercorns ?

Red peppercorns are the mature fruit of the Piperum nigrum plant, or the black pepper plant. The peppercorns are allowed to develop to maturity, as opposed to being harvested when still green as is usual for black pepper. These peppercorns are usually preserved in brine, though you can also find them dried like black or green pepper, and they retain their red color.

Red peppercorns have a much milder flavor than black peppercorns, with more of a fruity note to them. They’re not as overwhelming as black pepper but they are still noticeable.

Yes, red peppercorns are still spicy but chances are you won’t get them on their own, they will likely come in a pepper medley. So if you’re worried about the amount of heat, it will be pretty even throughout the medley, regardless of cracking a red or black or green pepper.

If you’re any kind of allergic to nuts, especially cashews, you want to avoid pink peppercorns ! 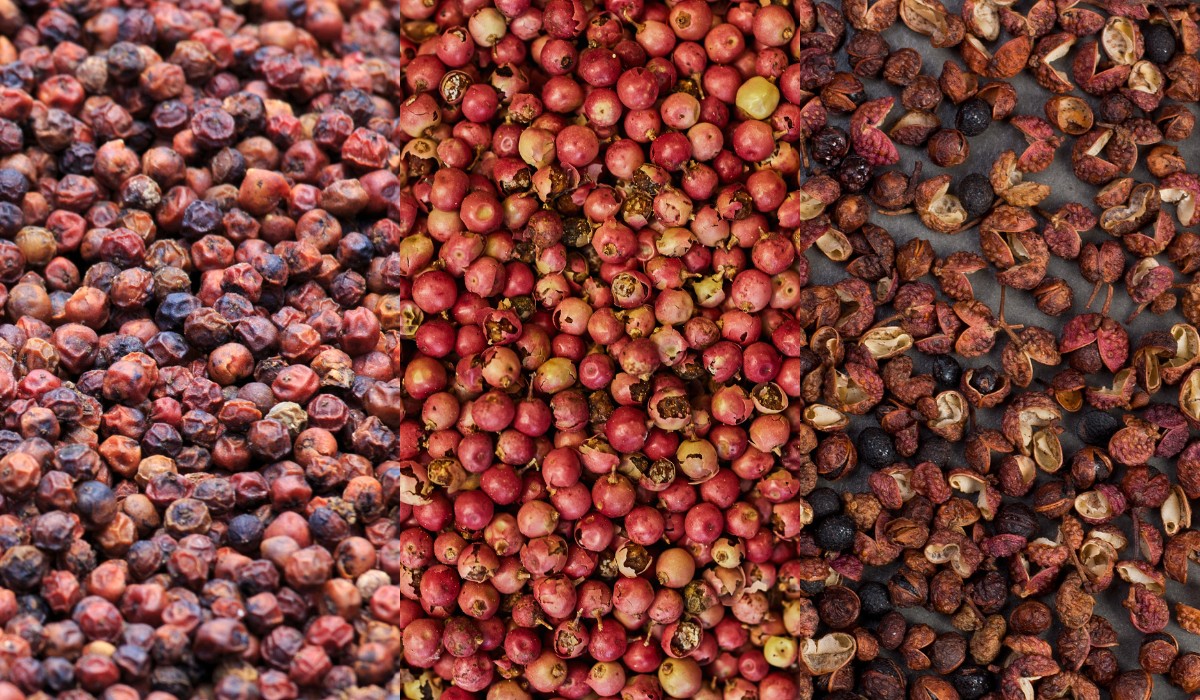 You can tell the difference between pink and red peppercorns by looking at the texture. Pink peppercorns may appear dark pink/red in some lights, but they will almost always be perfectly round and mostly smooth, with maybe a bump here or there. Red peppercorns are more of a rust color, and they’re wrinkly and bumpy all over, like a black peppercorn.

This difference in texture comes from the outer skin of the peppers. True red pepper has a very thin outer skin that shrivels up when the peppercorn is dried,  while pink pepper remains detached from the fruit inside, and can easily flake off.

If you’re wondering why pink peppercorns are marketed as pepper when in fact they are not, it’s because back when the spice trade started, these were considered to be similar enough in flavor to actually pas for peppercorns, despite coming from a different plant altogether.

What about Sichuan peppercorns ?

Sichuan pepper is actually related to citrus trees ! As a result its flavor is very different from all the other peppercorns, with a mild citrusy flavor that you don’t get to notice too much because it quickly numbs the mouth. Sichuan pepper has a spicy-numb effect, and it can even modify how you perceive some flavors.

You tell apart red and pink peppercorns from Sichuan peppers by looking at their outer skin. Sichuan pepper has a bumpy reddish-brown outer skin that is often cracked open, with a beige inside. Think of a tiny, tiny lychee only the inside fruit is black instead of white.

There are two main types of Sichuan pepper, red and green. Red Sichuan pepper is mature, has a better developed flavor and is less spicy than the green one. The green has a milder flavor but stronger numbing effect.

Another important red player in the spice field, red pepper flakes or chili flakes offer incredible heat but are wildly different from red peppercorns. Red pepper flakes are dried and ground red hot peppers, such as red chilies, red jalapenos, dried ghost peppers, and so on. Sometimes the red flakes also include some seeds, which are also hot.