Risotto and pilaf are two of the three main ways of cooking rice. And since rice is such a staple in most pantries, it’s important to know the distinctions of each method. Today we’re comparing pilaf to risotto, see how these two methods differ in their key points, and how both use the starch in rice so very, very differently. 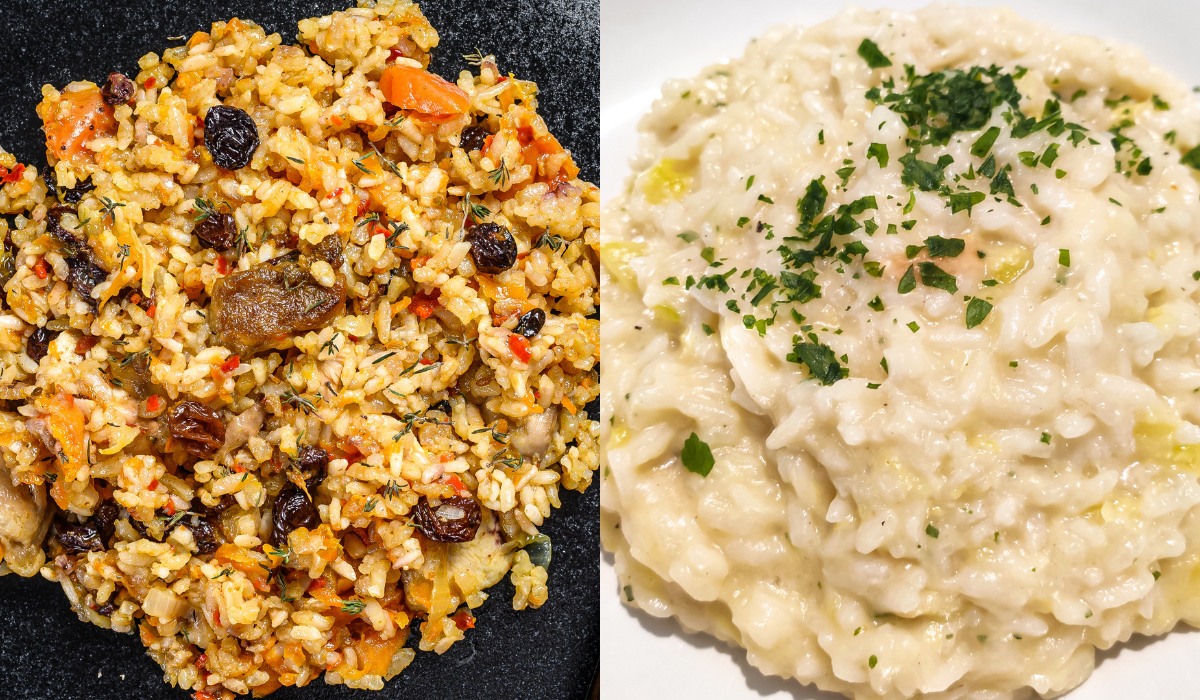 Table Of Content show
1 Risotto vs pilaf rice
1.1 Risotto is generally creamier than pilaf
1.1.1 Parmesan is a key ingredient in risotto
1.1.2 What about pilaf then ?
1.2 Pilaf typically uses basmati, risotto uses short or round grain rice
1.3 Both risotto and pilaf sautee the rice in fat

Risotto is creamier and softer than pilaf, with a slightly runny texture. Pilaf is cooked so each grain of rice is separate, while risotto relies on the starch of the rice to turn the entire dish creamy and clumpy. Both methods of cooking rice require you to toast the rice in fat before adding in the liquid, but that is there the similarities stop.

Risotto is a very specific Italian dish, while pilaf is world-wide and has variants in each country. There are similarities between each version of pilaf but each country has adapted the recipe to its traditional cuisine. Let’s explore these two ways of cooking rice by comparing their key points.

Risotto is generally creamier than pilaf

Risotto is a method of cooking rice that relies heavily on the starch in and on each rice grain. Despite common wisdom, you do not rinse the risotto rice, lest you lose a good amount of creaminess. How does risotto get so creamy ?

The constant stirring in the rice makes the grains rub against each other, giving a bit more starch. The starch will then mix with the cooking liquid and the fat, and by continuously stirring it you make a sort of emulsion. Once the risotto is done cooking, it’s creamy, but you make it creamier by adding in grated parmesan and stirring continuously until it’s all melted. The parmesan will add to the creaminess and its milkfat will mix into the emulsion in the risotto, making the dish even creamier and smoother.

Parmesan is a key ingredient in risotto

So while risotto relies heavily on its rice’s starch to get creamy, parmesan adds the finishing touches. You can get away with risotto without parmesan, but the texture will be a bit different 9aside from the taste).

A traditional risotto varies from region to region, since Italy is quite diverse in its cuisine. But the vast majority of them require a fat like butter or olive oil, and parmesan at the end.

Read also: What Are Red Peppercorns ?

What about pilaf then ?

Pilaf is on the other end of the spectrum compared to risotto. Where risotto specifically want you to stir the rice and not rinse the rice, pilaf asks that you do rinse the rice very thoroughly and also not touch it while it cooks.

The reason is the same mechanic of rice: once it cooks it releases its starch. The more friction the rice gets (stirring) the more starch it releases and the cooking liquid turns creamy.

So you cook a true pilaf by not touching the pot until all the water is absorbed. This requires you to know how much water for how much rice. For pilaf, it’s generally 1:2 if basmati, or 1:3 if short grain or round grain rice. Which rice you use depends heavily on the part of the world you’re in, but the end result is the same.

The cooking liquid has been completely absorbed into the rice, and each grain is cooked perfectly and separately.

The rice you use in pilaf is typically very different from the one used in risotto. Not just because it’s a different region and flavor, but also because the starch in the rice is different.

Where risotto uses short grain or round grain rice, basmati typically uses long grain rice or basmati. Generally, basmati and long grain rice tend to have less starch in them and once you rice this rice you remove a lot of the starch that would be on the outside of the grains. This helps you get the perfect pilaf texture. 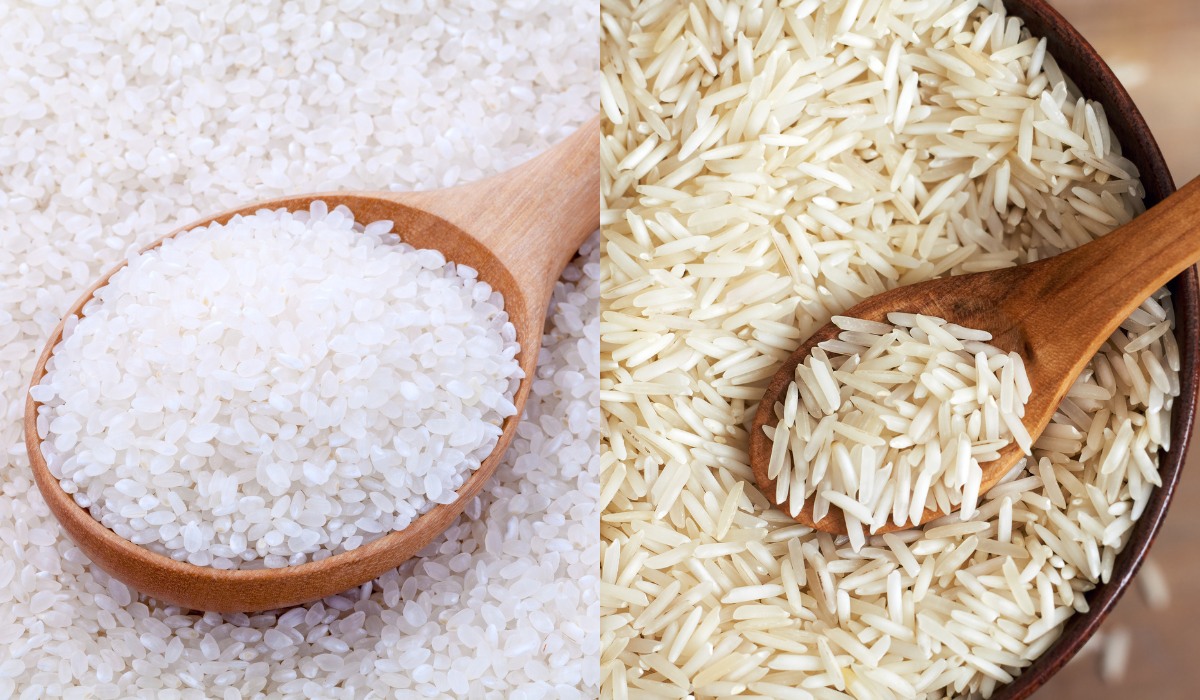 Risotto needs the starch in the rice, so it will usually use short or round grain rice, which generally has more starch in it and makes getting that creamy texture much easier. This, coupled with not rinsing the rice before cooking, ensures you get a creamy risotto every time.

Get the right rice ! If you can’t find basmati, jasmine rice will do just fine. Both are available in most grocery stores, or you can also find them in specialty stores.

Both risotto and pilaf sautee the rice in fat

A key similarity between risotto and pilaf is the way they treat the rice before it starts cooking. Both recipes start out with a bit of melted fat. Most of the time the pilaf will have a few sauteed ingredients in that fat, such as sauteed onions, vegetables, or spices. Risotto will generally have no other ingredients in the beginning, just melted fat.

The aim for both recipes is to give the rice an extra boost in flavor by allowing it to be fully coated with the fat and absorb the flavors through that fat. Plus, the thin layer of fat now present on the rice works two ways: in risotto is makes the emulsion happen faster and easier, and in the pilaf it helps keep the grains separate. Again, this all relies on stirring, or lack thereof.

Now, what kind of fat you use for either recipe is entirely up to your preferences. It could be butter, lard, cooking oil, you name it. Both recipes are perfectly fine as traditional, vegetarian, or vegan recipes and the results will be great each time. Both risotto and pilaf can be very simple, or include a lot of ingredients, but most of the time the emphasis is on the rice itself.