Gianduja sounds like a very non-descript food item, until you get a taste of it and know exactly what it is. This hazelnut and chocolate cream is to die for, and it actually has a very interesting background story. Of all the things sweet, gianduja has ties to the Napoleonic wars, and has become a staple of Italian cuisine. 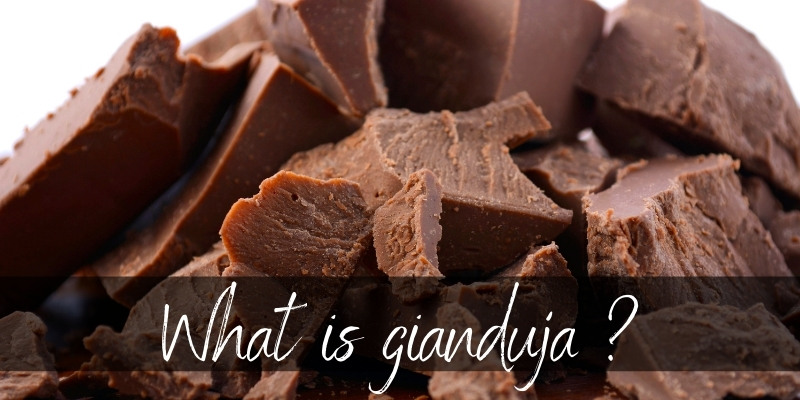 Table Of Content show
1 What is gianduja ?
1.1 How Napoleon helped create gianduja
2 Is gianduja the same as Nutella ?
2.1 Gianduja vs Nutella
2.2 Gianduja vs pralines
3 How can you use gianduja ?

Gianduja is a creamy paste made of at least 30% fresh hazelnut paste and the rest is chocolate. It’s commonly used in Italian kitchens and it’s got a flavor very similar to Nutella (but better). In fact, Nutella is a type of gianduja product.

Originally gianduja was a thicker paste, so thick it couldn’t be easily spread on bread, instead it had to be cut into slices. Today’s gianduja is a bit more streamlined, though it still needs to be melted or softened before it can be mixed into other desserts.

There are no chunks of hazelnut in gianduja, because the nuts are ground into a fine paste. This makes the entire confectionery a very delicate, smooth affair.

Napoleon is, at least indirectly, responsible for the creation of gianduja. Back in 1806 Napoleon, Emperor of France and King of Italy, declared an embargo on all English import. This was meant to cripple the English, by depriving them of a market to sell to since their primary market was the rest of Europe.

This embargo had many side-effects Napoleon did not think about, and one of them was severe shortages of different ingredients throughout Europe. This is where our story starts. The embargo meant that the cocoa and chocolate supply available in Italy was limited. So a chocolatier in Turin came up with an idea to stretch their chocolate supply.

This meant that the chocolate would be stretched with something easily available and it would have to pair well with chocolate. So, the result was grinding fresh hazelnuts into a fine, thick paste, and mixing that into the available chocolate.

This was the birth of gianduja, and the name it took on is a bit amusing. It was named after Turin’s famous Gianduja puppet, a man who was always smiling and upbeat. He was considered the king of carnival.

Is gianduja the same as Nutella ?

No, gianduja and Nutella are not the exact same thing, but Nutella is derived from gianduja. Gianduja started out as a thick paste made of chocolate and hazelnuts, while Nutella is the updated and improved version that is perfectly suitable to be spread on toast.

Currently gianduja is sold as bars that can be eaten as-is, or cut and melted into different desserts. You can spread some gianduja on a piece of toast, but it needs to be warmed so it softens.

Because of this, Nutella is formulated to be spreadable immediately after production, and to keep this consistency. Gianduja tends to thicken and harden, and is more like a soft dark chocolate in texture, or a dark chocolate ganache.

A key element in gianduja is the minimum of 30% hazelnuts. Nutella contains 13% hazelnuts, which puts it in a milder flavor range than gianduja.

Where Nutella is very sweet, and then tastes of cocoa, and then hazelnuts, gianduja tastes entirely of chocolate and hazelnuts. It too is sweet, but not overly sweet. It’s actually easy to confuse with pralines. 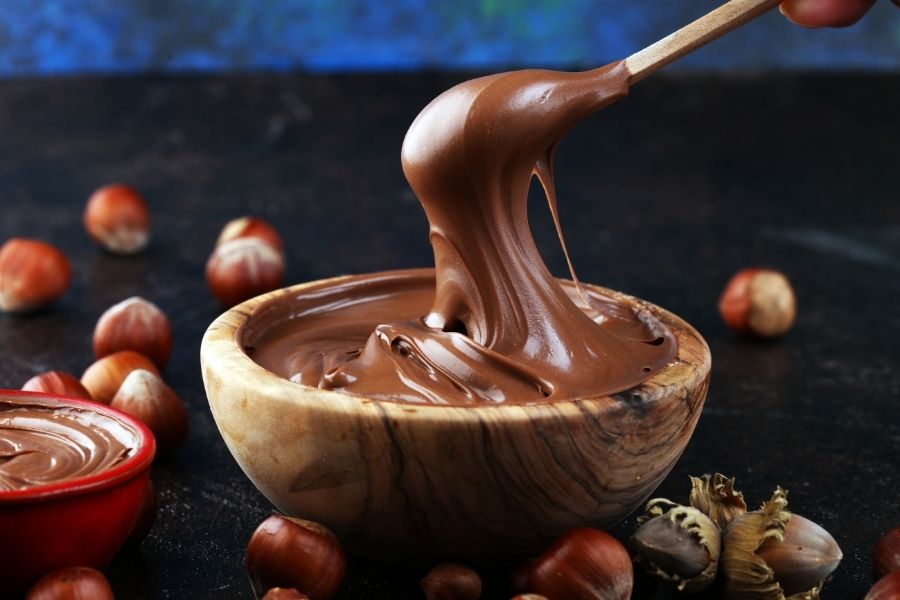 You may be thinking where pralines fit into all of this. Gianduja is a type of praline filling, because pralines are any sort of chocolate mixed with nuts.

In America the word praline is used for thick squares of softer chocolate that has chopped nuts mixed into it.

In terms of flavor, gianduja has a more pronounced hazelnut flavor while pralines may include other nut types and may not have as high a percentage of nuts in them.

How can you use gianduja ?

Using gianduja is fairly easy, as long as you melt it. One of the best things to do with traditional gianduja is to mix some buttercream into it and use it as a frosting or cake filling.

Or you can add some heavy cream and turn it into a beautiful ganache and use that as a cream or frosting. If you want it to be a cream it needs to be soft enough to spread at room temperature.

Another way tp use gianduja is to melt it into an ice cream base. It could be a vanilla base, or even a chocolate one. The resulting ice cream would have a delicious hazelnut and chocolate flavor, and it would be a thicker denser kind of ice cream.

Softened or melted gianduja could also be mixed into cookie dough, cake batter, or just used as a filling in some quick pastries or donuts or as a topping for pancakes. Really, there are a lot of things you can do with gianduja.

If you want to make your own gianduja spread, you will need to melt it a little and add some hot heavy cream. This will turn into a type of ganache, and if you leave it runny enough it will be spreadable at room temperature. Keep in mind this may not keep in the fridge for more than a couple of weeks.