The cold season is here and so are the preparations for the holiday menus. One of the staples is the green bean, whether it’s steamed and buttered, or in a casserole, or grilled, or fried, doesn’t matter. It just needs to be on the table. But most people either cook their green beans wrong, or are just plain unhappy with the flavor but want to stick to tradition. So let’s go through the most common issues found in cooking green beans, and why they happen. At the end we’ll discuss two very good alternatives, for those who want to change things up a little. 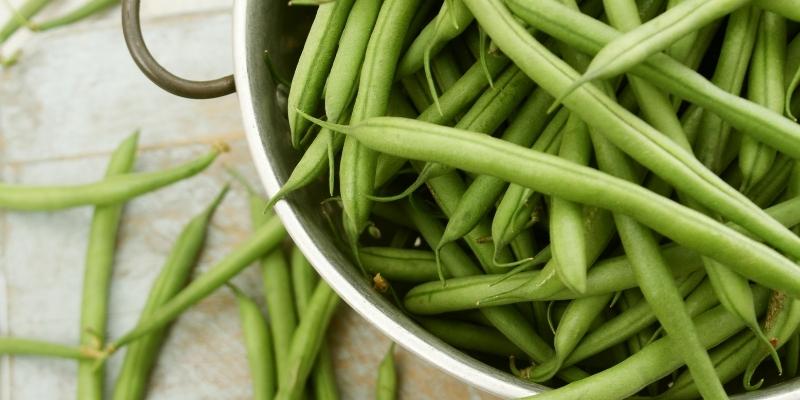 Why are green beans stringy ?

Green beans are stringy fi you haven’t removed the long string that runs along the entire pod’s length. That can be a very fibrous string, hard to chew, and generally annoying since it takes a very long time to cook it to softness. Most of the time the string can simply be peeled off the pod.

Most green beans are picked when still young and their string is usually removed before cooking. If these are green beans from you own little garden, you have the opportunity to de-string them yourself.

If they’re store bought string beans they will still have the string on. So be sure to check for that and do your best to remove it before cooking.

Why are green beans squeaky ?

Green beans can get squeaky when they’re undercooked. We all know these beans don’t require a long cook time, but it’s always a better idea to cook to taste, rather than to a certain set time. So if you have a recipe that asks you to steam them 5 minutes, taste one pod before turning off the heat. If it’s still squeaky and tastes like grass, give the beans another couple of minutes. Taste another one again. Repeat until you get soft, tender green beans that are not mushy just yet, and that don’t taste like a twig.

Green beans taste like grass or very woody because of chlorophyll, which is the green pigment in the beans. These are also very immature beans so their flavor isn’t yet developed. You can mellow this green flavor by cooking the beans a little longer, until they are not squeaky anymore and their flavor will change too.

There is no way to 100% remove the grassy tint, but you can greatly reduce it. And as always, adding seasoning and spices makes a world of a difference. Plain steamed green beans won’t be great, but add a little bit of salt, butter, garlic, and a hint of olive oil, and you’ve got yourself some really delicious green beans.

Want something a little more interesting ? Try steaming or boiling your green beans halfway through, then throw them on the grill to finish cooking so they get a nice flavor and char going. When they’re done grate some parmesan over them and serve as-is.

Another idea is to cut the green beans in 2 or 3, and fry them up with some quartered mushrooms. Add in a pat of butter in the last 3 minutes, salt to taste, and a dash of smoked paprika. Divine !

Read also: Does Gravy Have Dairy ?

Why are green beans so tough ?

If you’ve cooked them long enough, it could be that the raw beans were simply too tough to begin with. This usually happens when the beans are picked past their prime, simply to look bigger than to taste better. The result is a higher yield and more vegetable in the package, but not a good flavor.

Can you do anything with tough beans ? Yes, you can shell the beans are use the little beans inside. The outer layer, if it is indeed tough, won’t be very tasty or useful, so there’s no point in keeping it.

Why do green beans get slimy ?

Green beans get slimy in their package when they’ve gone bad. This is because the cell walls within the green beans have slowly broken down, and that is the slimy mess you see. This also happens with wilted and gone-off spinach leaves, asparagus tips, broccoli heads, basil leaves, brussel sprouts, anything green and tender.

If you want to 100% avoid slimy green beans, you may want to get frozen green beans. The cell walls are already weakened through freezing, so they will get tender faster. Weakened, but not broken down. They still need to be cooked thoroughly, since they are raw but frozen. One thing you can’t easily do is remove the string, since you have to first thaw them and then remove the strings. 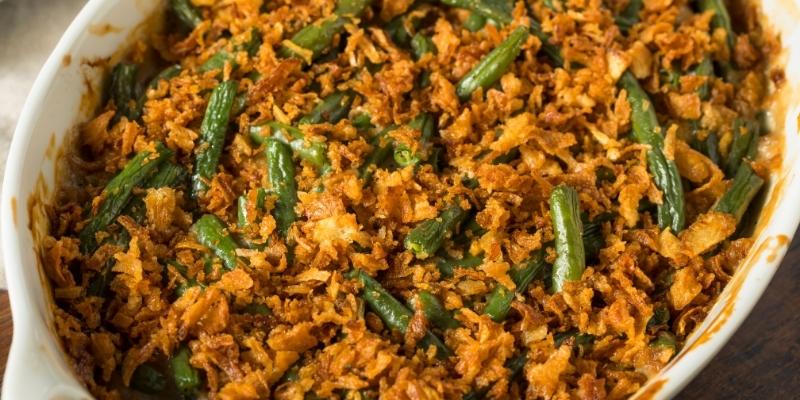 Are there green bean substitutes ?

If you’re looking to replace the green beans in your holiday casserole, there are quite a few options. The whole point of the green bean was to provide a contrasting texture and color to the rest of the decadent, delicious foods on the table. So let’s look at some similar but possibly better options.

Brussel sprouts can actually be found in season right as Thanksgiving or Christmas roll around, since these mini cabbages are in season from September to March, so right in the cold season. Fresh brussel sprouts benefit from a roast more than any other cooking method. Cut then in half lengthwise, remove as much of the core as you can (to turn down bitterness) and roast until tender and crispy. Sprinkle whatever seasoning you like, but remember that cheese works best for these.

If you want to stay as true as possible to the traditional casserole, you can get a very similar result by using the same canned mushroom soup recipe as you would for green beans. Perhaps cut the sprouts into quarters to make sure they cook fast enough.

Peas go down easier than green beans, and even easier than brussel sprouts. It’s up to you whether you want the little round sweet peas, or the snow peas in their cute pods. Both lend themselves well to casseroles, or steamed with butter and salt at the end, or incorporated into something entirely different.

Snow peas cook about as fast as green beans, but they don’t have as much of a grassy flavor and aren’t as stringy. So overall a better deal. Both sweet peas and snow peas are in season from November to February, so that makes them an ever better option than green beans (their season ends in October).