If you’re ever torn between picking up chicken tenderloin or chicken breast, we’re here to help. The fact is, despite being very similar both cuts of meat offer different experiences.

Where a chicken breast is common and most people already know about it, chicken tenders are a little more niche. SO let’s explore the two and compare them. 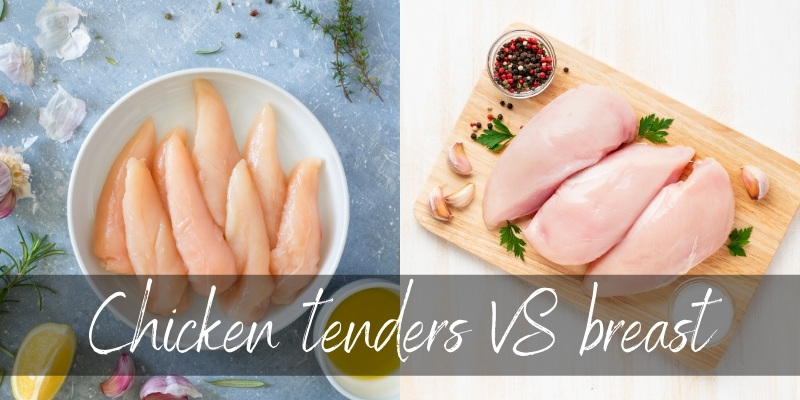 The main difference between chicken tenderloin and chicken breast is the tenderness. They both come from the same place – the meat right on the chicken’s ribs – but the tenders are closer to the ribs, are moved much less, and are smaller.

This makes them more tender (hence the name) than chicken breast, despite having the same flavor. They also cook faster, since they’re not as dense, and are sometimes double the price of breast.

Alright, now let’s explain exactly where on the chicken these two are, because you may have had them together without realizing. So when you buy a chicken breast, it will often have the chicken tenderloin still attached.

If you flip the breast over, you’ll see a smaller, long piece of breast under it, which can very easily be pulled away. That’s the chicken tenderloin (or tender), and each whole chicken breast has two. No more, no less. Both the breast and the tenders are chest muscles, but the tenders are under the bigger breast muscle.

So if you ever buy chicken breast, check to see if is doesn’t have a nice, tender surprise attached. The ones most likely are the bone-in breasts, but you can sometimes find the tenders still attached to boneless ones. Now let’s explore those differences in more detail.

Chicken tenders are much smaller than chicken breasts, even 4-5 times smaller. They really are small, and each chicken only has two tenders. So if you ever see them packaged separately, know that’s a collection of chickens. The same goes for chicken hearts and livers.

On the other hand, chicken breast is large enough to feed two people, depending on how you cook it. Tenders (two per breast) are good for feeding a small child, in terms of portion. 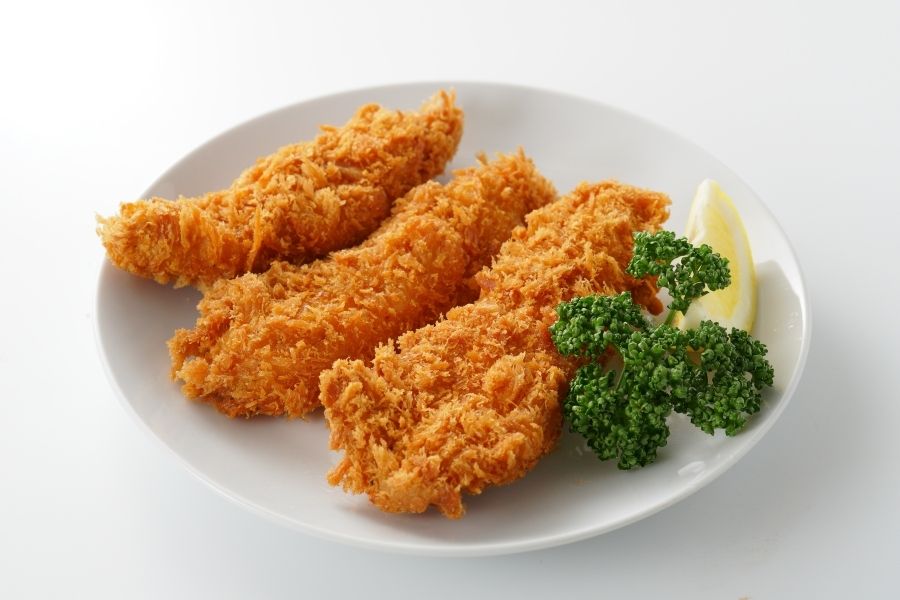 There is a clear difference in the meat. The breast is tougher, and has been moved and used much more than the tender. So it will be tougher, and denser, and in some cases stringier. Tenders are very tender, being mostly stationary.

Despite all this, both meats taste the same. Really, they are so close to each other you might not even notice when you’re one or the other.

A major plus that tenderloin has is its juiciness, and how fast it cooks. This makes it a perfect candidate for anyone who wants to cook something that is juicy, and doesn’t take much time.

Chicken breast takes a little longer to cook through, and can get dry pretty quickly. You can dry out tenders too, it’s jst that they take so little to cook you rarely get the chance. 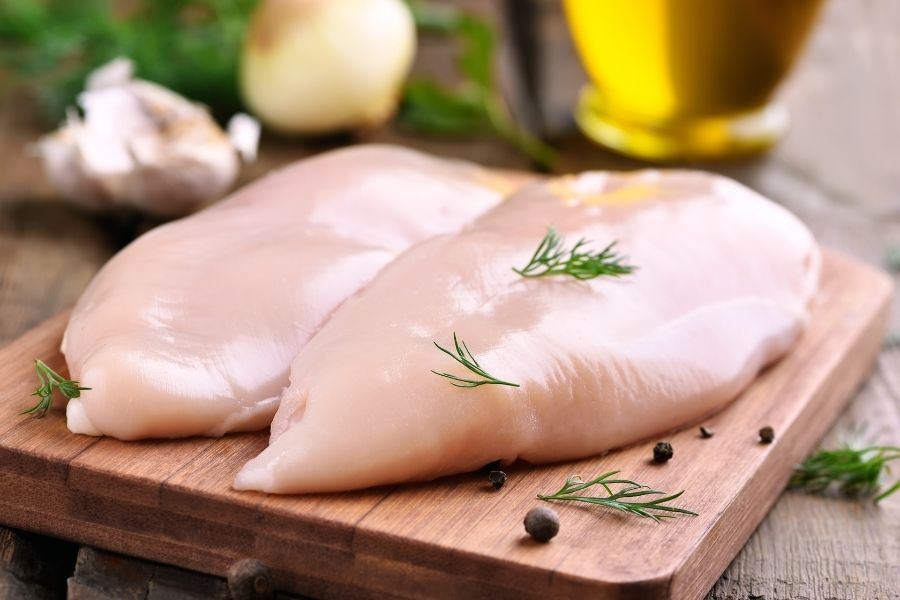 This makes the breast cheaper, at least compared to tenders. If you go and buy chicken tenders packaged separately, they can be double the price. This is because they require the butcher an extra step, and more care when deboning the chicken breast.

Watch out for fake tenders though ! You’ll sometimes see regular chicken breast cut into small strips, and sold as tenders. Those are not real tenders. The real ones are more long than wide, and they look looser, the grain isn’t as tightly packed as with regular breast.

So is chicken tenderloin better than breast ?

In a way yes, you could say that tenders are better than breast since they’re juicier. Personally we think there isn’t a big difference between the two, definitely not something to ruin a recipe or come out completely different than what you set out to do. Like for example chicken breast vs thighs.

Which is better for crispy chicken strips ?

Chicken tenders, if you have to choose. Since they keep their tenderness and are juicy and you have the option, use chicken tenders. You get a slightly nicer change in texture from the crispy outside and the juicy inside.

That being said, if you got chicken breast that will work just as fine. Really, don’t go buying tenders just because they’re a little bit softer.

Can you substitute one for the other ?

Yes, you can easily substitute chicken breast for tenders or the other way around. Just keep in mind that tenders are double the price of chicken breast, so watch what you’re buying. And if you’re using both in a recipe, don’t worry about the cook time.