If you’re an absolute sushi lover but you’re kind of disliking the idea of cucumbers in sushi, you may be looking for substitutes. Sometimes you can completely omit the cucumber and the sushi roll is just fine without it.

Other times, you need a veggie in there and you’re left scratching your head. Just what can match the crunch, freshness, and flavor of cucumber ? Without actually being cucumber, of course.

Well it turns out there are a few other food items you could use in place of cucumber in a sushi roll, and here they are! 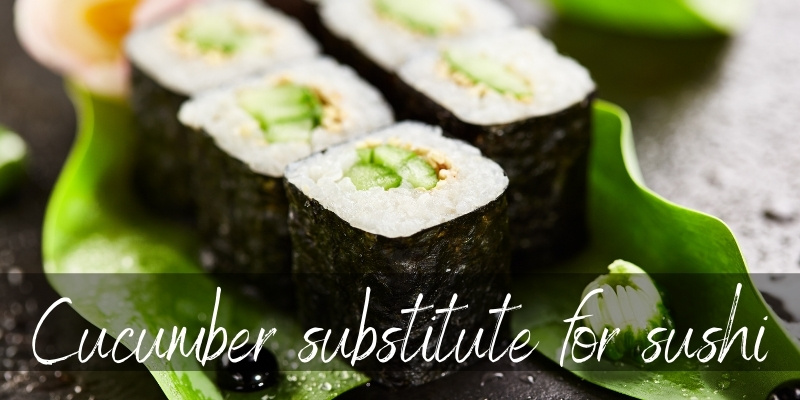 The best substitute for cucumber in a sushi rolls is zucchini, Daikon radish, bamboo shoots, bell pepper, carrot, lettuce leaves, and avocado. Which you choose will depend on what kind of sushi you’re making and what your preferences are.

After all, if you’re making sushi at home you’re free to add whatever your heart desires, as long as it tastes decent. Keep in mind that if all else fails, you can simply ditch the cucumber altogether and make a sushi roll that doesn’t call for cucumber. Let’s take a closer look at the substitutes.

Read also: Why Is Sushi So Expensive ?

Zucchini is probably the closest to cucumber in terms of look, texture, and possibly even flavor. It’s not as moist and fresh as cucumber, but it’s definitely a runner-up.

The best thing is that zucchini grows long, just like English cucumber, so you can easily find one that will fit an entire sushi roll before cutting.

Daikon radishes are very common throughout Southeast Asia, so you should easily find them in specialized markets. They’re milder than red radishes, and even a little bit sweet. They’ve got crunch, moisture, and they grow long like cucumbers so you can get a whole sushi roll. They’re usually white, so they won’t bring a lot of contrast to the dish, but they bring a nice flavor. 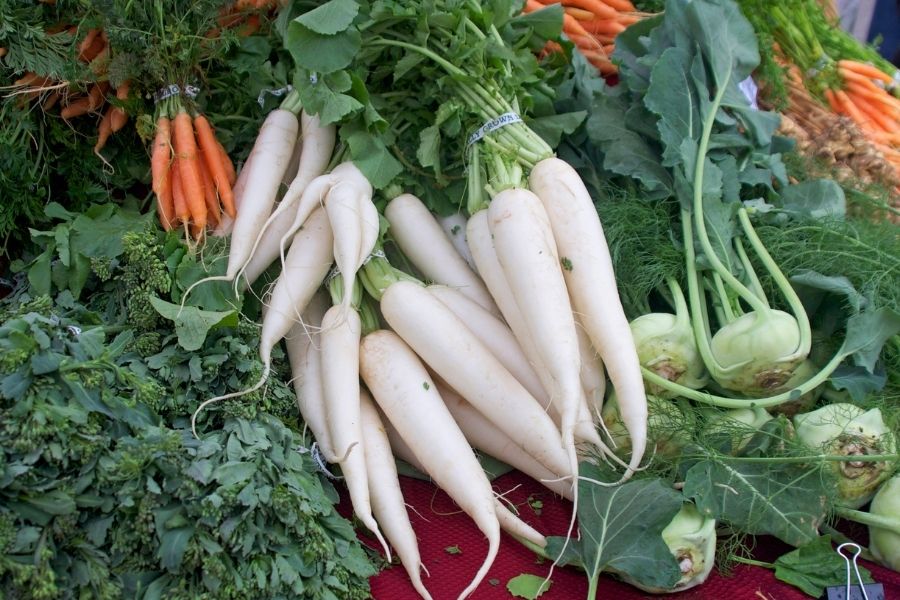 If you’re stocked up on typical Asia ingredients then you’ve probably got some bamboo shoots in a jar. They’re fairly short, and they look nothing like a cucumber, that’s true. But they bring the crunch and moisture a cucumber usually brings. And if you smear a little wasabi they might go great in a sushi roll.

If you’ve never has bamboo shoots, they’re a little earthy and may remind you of a cross between bell pepper and zucchini in flavor. They won’t take over the sushi and make it all taste of bamboo, don’t worry.

Bell pepper is also a nice choice for crunch, moisture, and even color if you get a green one. Keep in mind that the green ones are more bitter, but they may match the cucumber better. If you go for the red or orange ones, they’re less bitter and more on the sweet side. Keep in mind that they may stain the rice a little. You could use that to your advantage and a striking sushi roll.

If you’d rather try something else why not give carrots a try ? You could use them chopped into sticks, like you would cucumber. Or you could grate them and mix them with another veggie, or into a tuna mix ?

Carrots are definitely sweeter than cucumber, but other than that they won’t have a significant impact on what the sushi will taste like.

Lettuce leaves bring just the right amount of crunch and green color, but they may be lacking in the moisture department. We recommend cutting off the thick stems as they can be bitter and ruin the other flavors.

You could try radicchio leaves, even arugula leaves ! They’d bring a nice twist to any sushi, especially if you’re making the simple ones with just veggies.

Another option would be to try avocado in your sushi. It’s green, it has a nice texture, and no it has no crunch but it’s there to make the sushi creamy. You could mix it with another veggie, like the Daikon radish or maybe with some lettuce leaves. 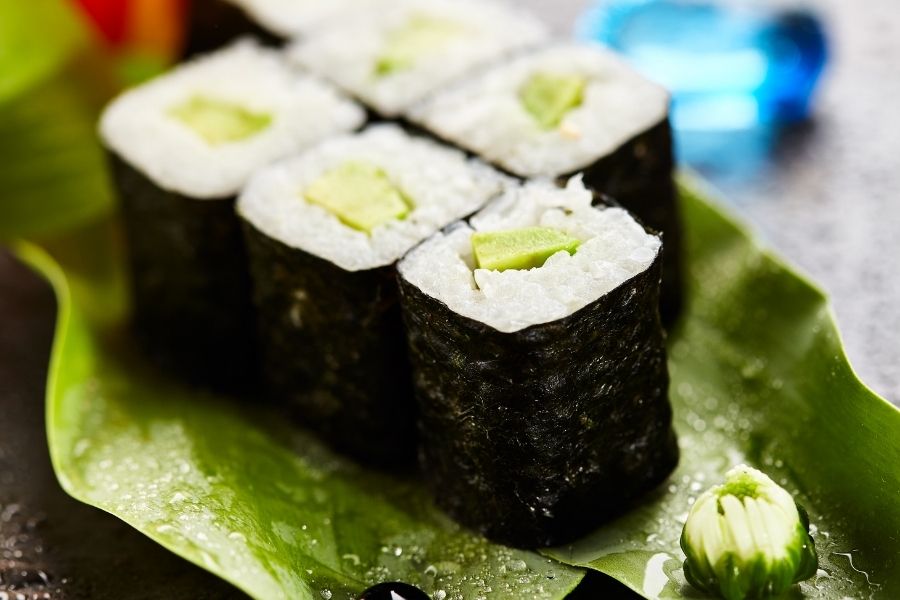 Read Also: Why Is Nori So Expensive ?

Why is there cucumber in sushi ?

You may be wondering why there’s cucumber in sushi in the first place. Is it a new style, or is it something as old as sushi itself ? Well, we’re unsure when cucumbers were first used in Japan, or whether it grew there naturally.

We know there is a sushi style called kappa maki, which is a simple sushi, wrapped in nori, with just rice and cucumber. It draws its name from the kappa, a Japanese folklore imp that is green and hung around rivers. It favors cucumbers, and so the simple sushi roll with cucumber was named after said imp.

It’s likely that the cucumber sushi rolls we know today (other than the kappa maki) are derived from that. Whomever first put cucumber in a different sushi roll probably thought it’s worth experimenting. And, well, it does tend to go great with salmon and tuna, and it pairs especially well with pickled ginger and soy sauce.