To begin understanding them and their differences, we need to look at what each sauce really is. So let’s begin with the basics. 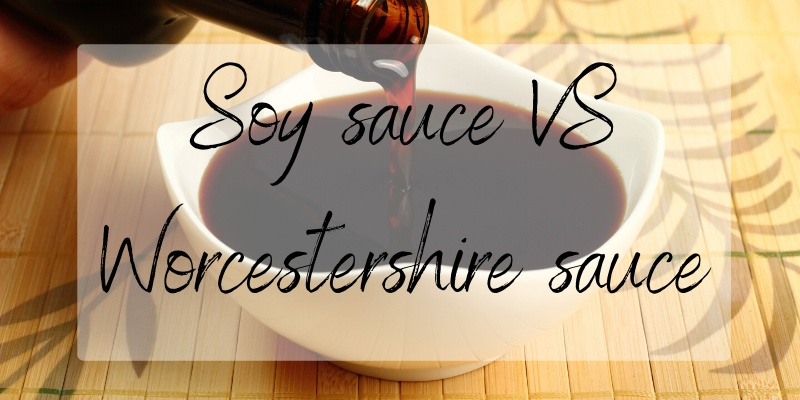 What is soy sauce ?

Soy sauce is one of the most well known condiments/sauces available, especially due to the great flavor-boosting properties and how well it seems to go with everything.

Originally soy sauce is from China, but it quickly spread throughout Asia and became a staple in the local cuisine.

This sauce is made of soy beans that are mixed with mold-laced wheat (rice or soy mold), and fermented in brine. The process is fairly simple but it takes a long time, months actually.

The upside is that fermented soy sauce is more flavorful and and complex. But there is soy sauce produced through hydrolysis, which is much faster and cheaper but is less flavorful.

What is Worcestershire sauce ?

Worcestershire sauce is a British sauce, and it’s relatively new in comparison to soy sauce.

You will find it written both as Worcestershire sauce and Worcester sauce, and we’ll use ‘Worcester’ to make things easier for us and for you reading this.

The reason it’s got two spellings is because the inventors of the sauce didn’t own the trademark for Worcestershire. 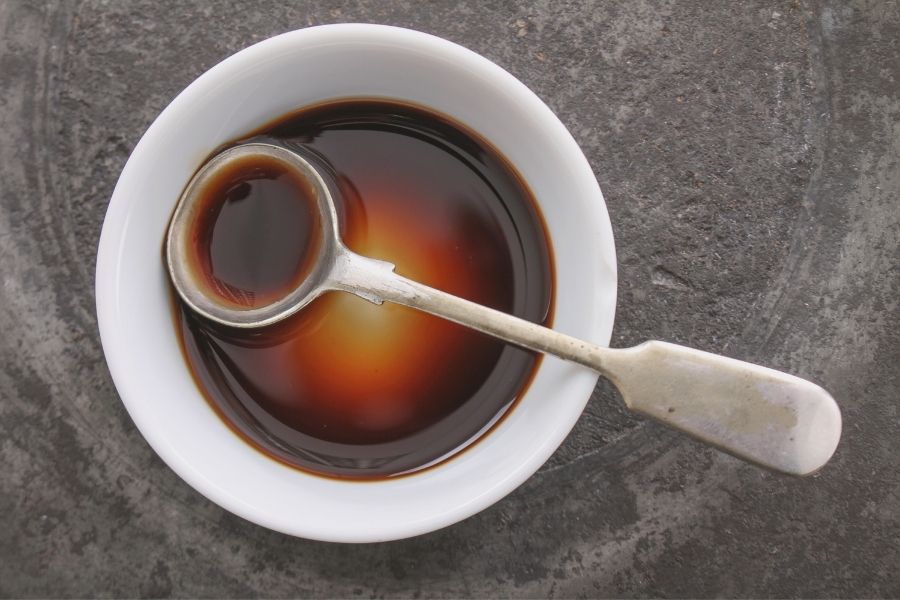 Despite Worcester sauce being known as British, its true origins are unclear. The original company that made the sauce – Lea & Perrins – claimed it’s from India , though there are no other records to show this.

To this day Worcester sauce is thought to be British, and according to tradition the original brew was too strong, so they left it in a cellar for several years and forgot about it.

When they opened the barrel again it was much more palatable and could become an actual food item.

There are many, many difference between soy sauce and Worcester sauce. Although they may taste somewhat similar swapping them in a recipe will be noticeable.

The main differences are outlined below, and hopefully they will help you better understand them both. 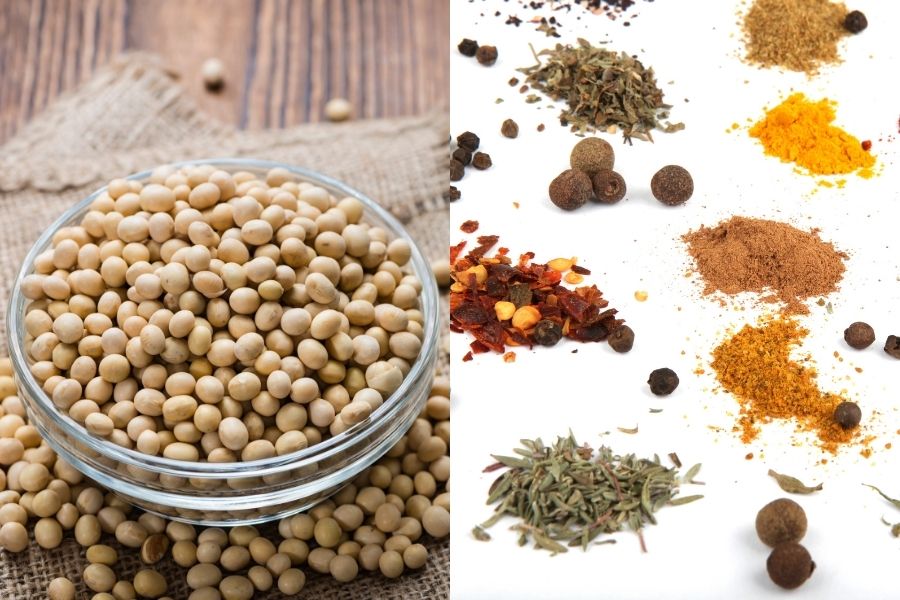 1. Soy sauce is soy based, Worcester sauce is a mix of ingredients

Looking at ingredients first, soy sauce is a much simpler sauce than Worcester.

It’s made of soy beans, wheat, a specific strain of mold (either rice or soy mold), and brine. That’s the main recipe and it’s been this way for a few thousand years.

Soy sauce is left to ferment in a controlled, warm environment and after a few months it’s done.

The resulting sauce is a decidedly salty, somewhat fishy sauce. It’s the fermentation plus the flavor of soy that managed to imitate the fishy flavor, no real fish is used in soy sauce.

It used to have fermented fish, but that was over 2200 years ago.

Worcestershire sauce is a lot different, and it’s really down to the sheer complexity of the ingredient list.

The known ingredients are (hold onto your hats):

These ingredients are all left to ferment in wooden barrels for 36 months (18 months for the low end versions) and then bottled and sold.

You get a very complex flavor by mixing all those ingredients, that’s for sure. The taste is reportedly hard to describe, aside from ‘umami’, salty, pungent, and a little sweet.

There is a difference between the UK and US version. The American version has distilled white vinegar and more sugar, resulting in a sweeter, more pungent sauce while the UK version is a bit mellow by comparison.

Due to the confusion surrounding Worcester sauce no one is truly sure of the original Indian recipe and whether it contained everything on the list above.

The general consensus is that Worcester sauce is a newer sauce (early 1800s), which didn’t lead to very much fine tuning  or tradition surrounding the sauce.

In fact when this sauce was created in Worcester, UK the proprietors tried to pass it off as a different kind of soy sauce. It didn’t really catch on so they then let it be its own thing. 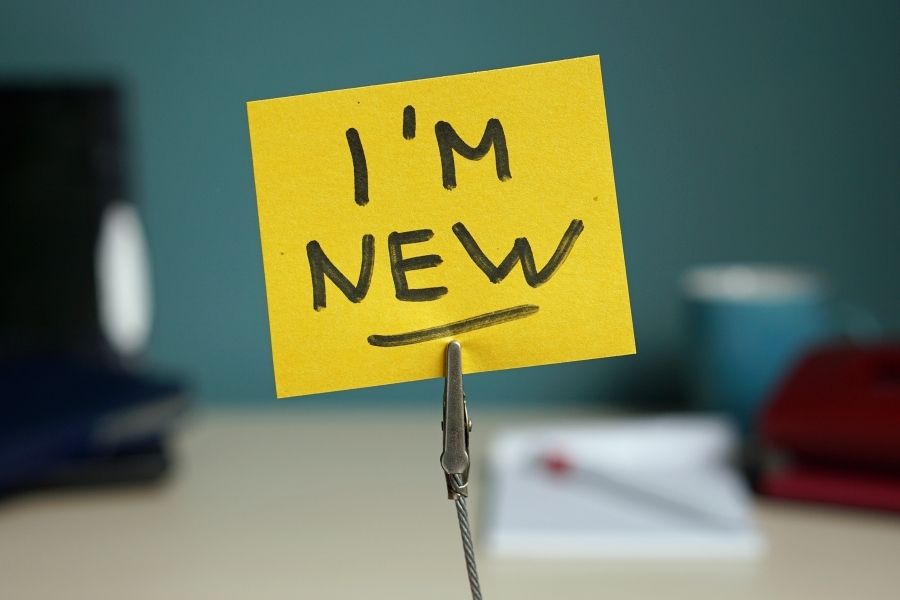 The general populace was a bit confused at first, not really knowing what to do with the sauce or how to use it but folks quickly found out it pairs very well with meat.

So it’s been a staple in many dishes ,and part of other sauces like barbecue sauce or some versions of ketchup.

By comparison soy sauce is much older, and its history is better documented.

It originated in China thousands of years ago, and its exact creation date hasn’t been recorded.

What we do know is that during the Zhou dynasty (1050 – 771 B.C.) soy sauce was actually salt with fermented fish, and soy beans were added to help the fermentation process.

By the Han dynasty (206 – 220 A.D.) the fish was removed from the recipe and soy sauce became entirely plant-based.

Some fine tuning has been done since then, but that’s basically the version we still use today.

From China soy sauce spread throughout Asia (especially the East and Southeast) and each country wound up putting its own twist on the condiment.

In terms of flavor there’s a stark difference between soy sauce and Worcester sauce.

While both sauces are fermented and aged, soy sauce is much more mellow both in smell and in flavor.

This is partly due to the very short ingredient list, and also because it does not contain any overly flavorful ingredients on that short list.

For example Worcester sauce has anchovies (some vegan versions don’t), which are pungent, salty, and impossible to miss in a dish.

Vinegar and onions are particularly pungent on their own, and fermented together they can overpower the rest of the sauce.

Where Worcester sauce is a condiment that’s enough on its own, soy sauce may benefit from a little extra.

Then again there’s also a difference in cuisine when it come to these two sauces.

Soy sauce is of Asian ‘descent’, where the flavor profile is mostly umami, with some spicy thrown into the mix. It’s a very simple profile, compared to what Western flavors look like.

Worcester sauce is usually used in combination with other condiments or mixed with other sauces, leading to a very wide and sometimes confusing flavor profile (if done poorly).

If you’re going to substitute soy sauce for Worcester sauce then you need to know a few things.

First, keep in mind that Worcester sauce is stronger and more complex than soy sauce. You need to dilute it (at least 1:2 Worcester to water) if you don’t want to overpower the dish.

Second don’t expect the dish to be the same if you’re swapping these two sauces. They’re different flavors after all.

If you need Worcester sauce but only have soy sauce then you will need to use double, and add a little sugar, vinegar and anchovies or fish sauce to round up the flavors.

Keep in mind that low sodium soy sauce may need a little extra salt, and the final color will not be as dark as if you used Worcester sauce.

Hopefully this post helped you understand the differences between soy sauce and Worcestershire sauce. Both are great on their own and they may be substituted in a pinch, but it’s best to have both.