Bacon grease is absolutely amazing ! You can cook your food in it, you can mix it onto other foods to give it a bacony taste, and it lasts for such a long time.

But does bacon grease ever go bad ? How long does it last, and how should you store it ? If you’re left with a good amount of bacon grease after a big family breakfast, you might be wanting to hold onto that. We would too. So here’s what you need to know about bacon grease. 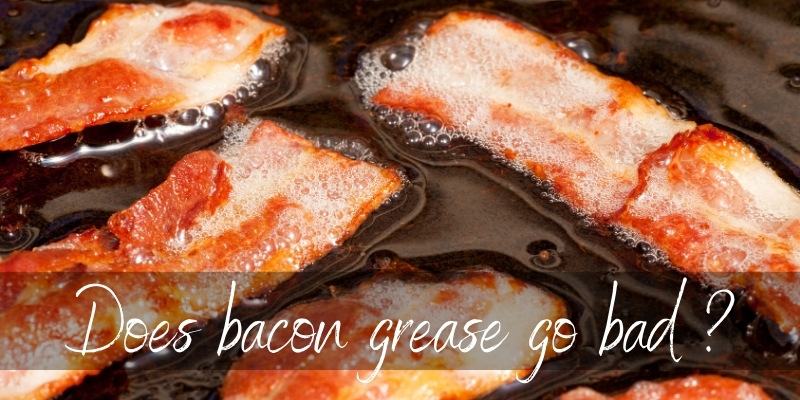 Yes, bacon grease can and does go bad, after several months at room temperature. When bacon grease goes bad, it’s actually just the fat molecules breaking down and oxidizing. By this point the grease is no longer edible. It’s not lethal but it may cause an upset stomach.

There won’t be any mold or bacteria in the grease, since it’s not a good environment for them. They need moisture, not fat or oil. But fat does break down in time.

How to tell bacon grease has gone off

The first sign the grease has gone off is the smell. If it smells in any way sour and/or soapy, it’s time to throw it out. If you were to taste it you’d get a really odd flavor that will definitely not remind you of bacon.

How long does bacon grease last ?

But we assume that if the grease is in the skillet, you’ll use it up by the time it could go bad. In short, bacon grease can last for weeks and even months, if kept away from direct sunlight and with minimal air contact.

Any grease from any animal can last this long if you store it properly. The air exposure oxidizes the grease, while the light can break down the structure of the molecules. This all takes weeks, so don’t worry if you forgot it overnight.

Can you use bacon grease that’s been sitting out ?

Yes, bacon grease at room temperature is safe, especially if it’s been kept in an airtight container and away from sunlight. If the grease is in the skillet from yesterday, it was hopefully covered or at least in the oven with the door closed. Otherwise you may have to fish out a mosquito or a stray piece of hair. Always cover your frying pans folks.

How to store bacon grease

Bacon grease should be stored in an airtight container and away from direct sunlight. If you have room in the fridge it’s even better, because you can keep that grease for up to a year.

A good container is either a plastic or glass jar, as long as it’s got a good seal. Always spoon out however much you need, don’t reheat the whole thing.

Other places to store bacon grease are the cupboard, a pantry, a dry cellar, and even on the counter if you can hide it from the sunlight. Always make sure the container is properly closed.

Do you drain bacon grease while cooking ?

Draining bacon grease is up to you and the recipe you’re using. If your recipe requires a low amount of fat then you should drain the grease into a container. You can then reuse the grease whenever you need it.

We prefer to let the bacon render out as much fat as possible and then cook the rest of the ingredients in that fat. So we don’t drain it, unless the recipe specifically asks for this.

How to dispose of bacon grease

If you need to remove bacon grease for good, do not throw it down the toilet or sink. It’s liquid now since it’s hot. But it will solidify and end up clogging the drains in the end.

It’s best to drain the grease in a container that you can then throw away, or take to your local used oil collection company.

Is it ok to cook eggs in bacon grease ?

Yes, you can cook eggs in bacon grease after you’re done cooking the bacon. It’s alright even if it’s the day after, as long as the pan was covered and nothing got into the grease. 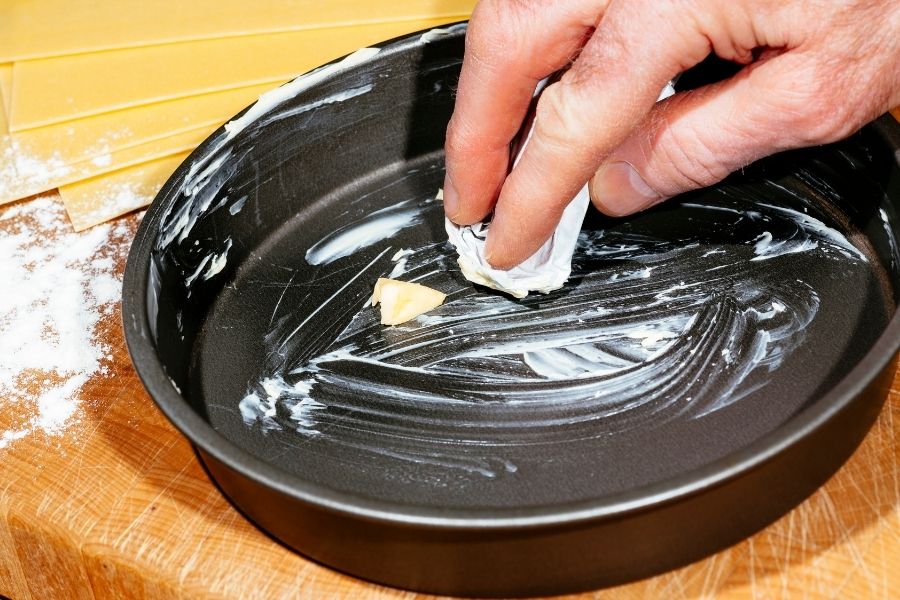 And if you’re making an omelette you can try whisking the melted grease into the eggs instead of butter, it should behave mostly the same.

Read Also: Does Bacon Have Sugar ?

Why does bacon grease smoke ?

You’ve definitely noticed how smoky your kitchen gets whenever you’re cooking with bacon. This is because bacon, like butter, has a low smoking point and has a small amount of proteins left.

When the grease starts smoking, it’s simply the proteins burning. So what you can do is to use a lower heat, even if it takes a bit longer to cook.

Use low or medium-low heat when cooking bacon, or just bacon grease. That way the fat will melt and cook your food, without burning in the process.

Bacon is a sensitive meat, as delicious as it is. Treating it right means knowing the right heat for it, and high heat is not what you’re looking for. This way the fat rendered out can last even longer, so you can have bacon grease at your discretion.