All geared up for an amazingly delicious salad but you’re missing endives ? They provide so much flavor and personality to an otherwise boring dish, it’s hard to let them go.

So, you’re going to need a substitute ! Or several. It really depends on what you’re making, actually, because for some folks endives are a lovely green, while for others it’s something to avoid.

We’ve got something for both groups, and we’re pretty sure you’ll find the best endive substitutes right here in this list ! 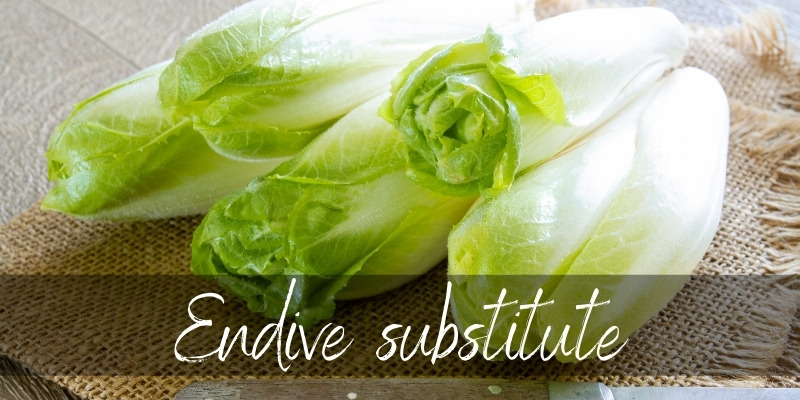 The best substitutes for endives (Belgian or curly) are arugula, radicchio, watercress, chicory leaves, romaine lettuce, and napa cabbage. Depending on your dish, each of these substitutes can provide flavor, crunch, or just look pretty on a platter.

If you’re not sure what the difference is between Belgian and curly endives, they’re essentially the same plant. Belgian endives are grown in dark conditions, so they grow upwards, searching for the light. This keeps them very pale, so they have that white and yellow-green look.

Curly endive very similar, but is grown in full light, and has a natural mutation that makes the leaf edges ruffle. The entire head will be curly, ruffled, and it looks better in a salad or as a platter dressing.

Now let’s take a look at each substitute and see how and where to use each of these.

Arugula, or rocket in some parts, is a very flavorful leafy green, It’s a better alternative for curly endive, in terms of appearance. It wilts very quickly, so you will need a lot to bulk up a salad. An important point to remember is that arugula is not bitter, but has a flavor that might not sit well with everyone.

Arugula or rocket may remind you of that ‘aged’ factor in prosciutto. It’s best if you don’t heat it up, so never use it in a soup, or panini. Only use it cold. 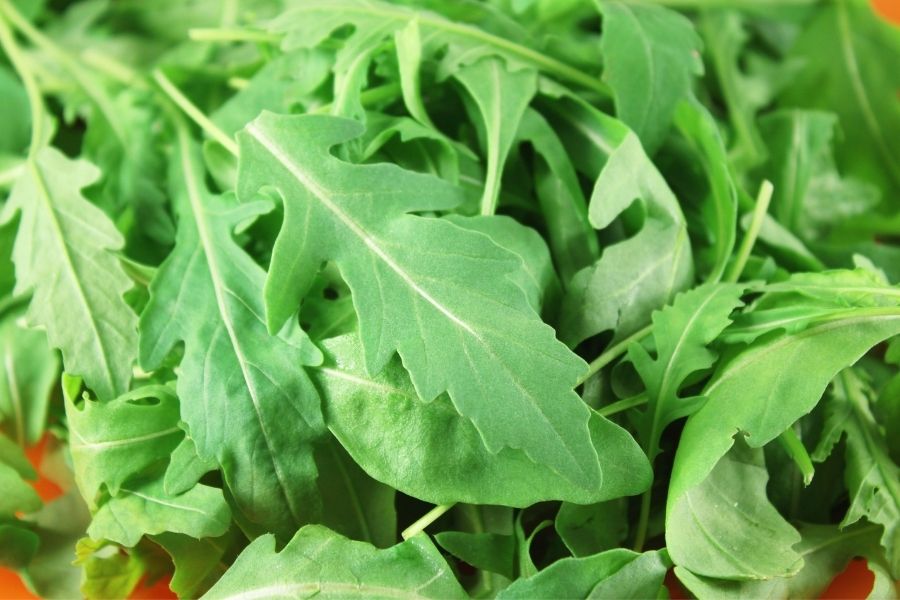 Radicchio is a relative of endives, and they are both relatives of chicory. This lends them a bitter aftertaste, which may or may not sit well with you. If you’d like to substitute endives because they’re bitter, then radicchio isn’t the one for you. Whether it’s red or green, it has the same flavor.

But if bitterness isn’t an issue, then radicchio will substitute endives in any situation. Raw, cooked, braised, chopped in a salad, however you want them. They’re also a little crunchy !

Oh, of you’re looking to replace Belgian endives and really need your replacement to be oval, then keep your eyes peeled ! Radicchio comes in two shapes, round and oval so you might just find the right shape !

These little guys not only look different from endives (both types), but they also taste different. They’ve got a neutral flavor and this means they will go well in any salad.

There’s no point in heating up water cress, its flavor won’t change and it’ll only wilt. It’s best to use it raw, in a cold dish. It works great in sandwiches too !

Chicory leaves are w wonderful addition to any salad. They look a whole lot like arugula or rocket, only the sides are pointier and they don’t have that trademark flavor. They do have a flavor of their own, earthy and slightly bitter.

If you want something that looks similar to endives but doesn’t have that trademark bitterness, then romaine is your best bet. The leaves a re a little darker and longer than endives. Try looking for a younger, smaller romaine head that isn’t as brightly colored.

There’s also a difference in how ruffled the leaves are. Still, romaine will serve you just fine if you’re looking for a substitute for salad, a platter dressing, a soup decor, or anything else really.

Very similar to romaine, napa cabbage looks like a paler version and has slightly more rounded leaf edges. Despite the name cabbage, it’s actually more similar to iceberg and romaine than anything else.

The leaves are very large, usually larger than a fully grown romaine lettuce so you’re going to have more than enough for any dish you can think of.

Now that we’ve found some great alternatives for endives, let’s take a look at what endives really are, and what they taste like. Maybe you’ll think of a substitute we overlooked, and find your best match. 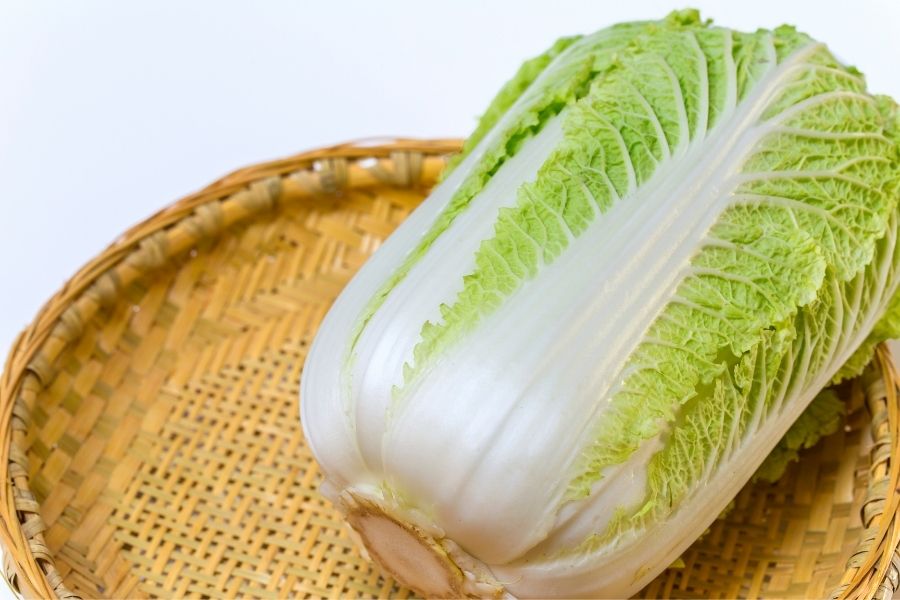 Endives are a type of leafy green, related to the chicory family. This gives then an earthy, slightly bitter flavor that may remind you of coffee.

They come in two types: Belgian, and curly. The Belgian endives are possibly the most common, or at least the ones people know are endives. The elongated, white and pale yellow-green ones.

They’re kind of stiff and each leaf is like a little boat, some people even use these are little taco shells or the vest low-calorie method to eat their favorite dip.

Then there’s the curly endive. The leaves have a very ruffled-looking edge, makin some people think they look curly. Because of their looks they’re a wow factor in salads, sandwiches, and any cold platter you can think of.

All endives are a little bitter, because chicory is bitter. Radicchio is actually their closest relative, also a member of the chicory family ! The best way to describe endives would be

The bitterness is balanced by a very slight sweetness, and a ‘green’ flavor, much like lettuce. We can’t say herb-like flavor because it’s not as strong, but it’s definitely vegetal.

Alright, that’s pretty much it for endives ! They might not be everyone’s favorite but they’re definitely a talking point in many dishes.  Next time you go shopping and can’t fine endives, be sure to look for radicchio (for the flavor) or romaine (for the looks).