Arugula has always been a staple in many salads, either as an accent of featured as a main element. It’s especially common in Italian-style cooking, so if you’re in a place that serves Italian food you’re likely to get some arugula on your plate.

This beautiful, flavorful green is found in many recipes, and is just pretty to look at. But what do you do when your recipe calls for some fresh arugula, but you don’t have any ? Or, maybe you don’t like the flavor and don’t want to use it ? Then you’re in need of an arugula substitute, that’s what. So let’s look for one, shall we ? 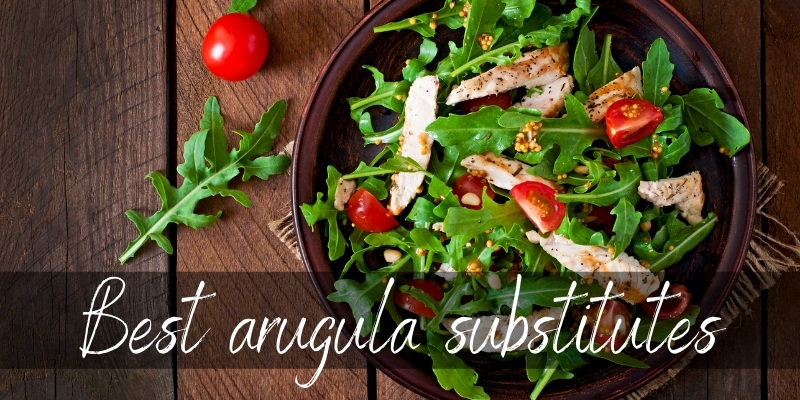 Table Of Content show
1 Arugula substitute
1.1 Dandelion leaves
1.2 Endives or radicchio
1.3 Watercress
1.4 Spinach
1.5 Fresh basil
1.6 If flavor is not an issue, use any leafy green
2 Can you cook arugula ?
3 How do I use leftover arugula ?
4 Why is arugula sometimes bitter ?

The best arugula substitutes are dandelion leaves, endives, watercress, spinach, and basil. These are all flavorful herbs and greens, and they will add a slightly peppery, mildly bitter note that is similar to arugula. Which you end up using depends on your personal tastes, what is available in stores, and what you’re cooking. All of the above can and will wilt, except for endives.

Now let’s take a closer look at each of the substitutes, so we can better understand why and how they fit with arugula.

Dandelion leaves are the greens most commonly confused with arugula. Which makes sense, since they do look a bit similar. Once you put them next to each other, you’ll notice they’re very different. After all, they’re two different plants, one from the cruciferous family (arugula) and one from the daisy family (dandelion).

Where dandelion leaves are long, angular, and have triangular sections like saw teeth, arugula has a sparser long leaf with very rounded tips that look a lot like fingers reaching out.

The flavor is very similar, except dandelion leaves are a bit more bitter than arugula, and this can overshadow their overall flavor.

Endives and radicchio are incredibly similar, to the point where it doesn’t really matter which one you pick up, expect for color. Endives tend to be a light yellowish green, while radicchio tend to be white with dark red edges.

Both are mildly bitter, and are commonly used in salads but not in many other foods. These have a bit more body and are way sturdier than arugula or dandelion, so if you’re planning on cooking them, know that they’ll need a little more heat or time to soften.

Watercress has a very mild peppery taste without being too bitter. It looks a bit funny and may remind you of a bunch of clovers crossed with basil. You can use watercress in place of arugula, just keep in mind that these guys come with their roots still attached (they grow in water) so you may have to trim them off. 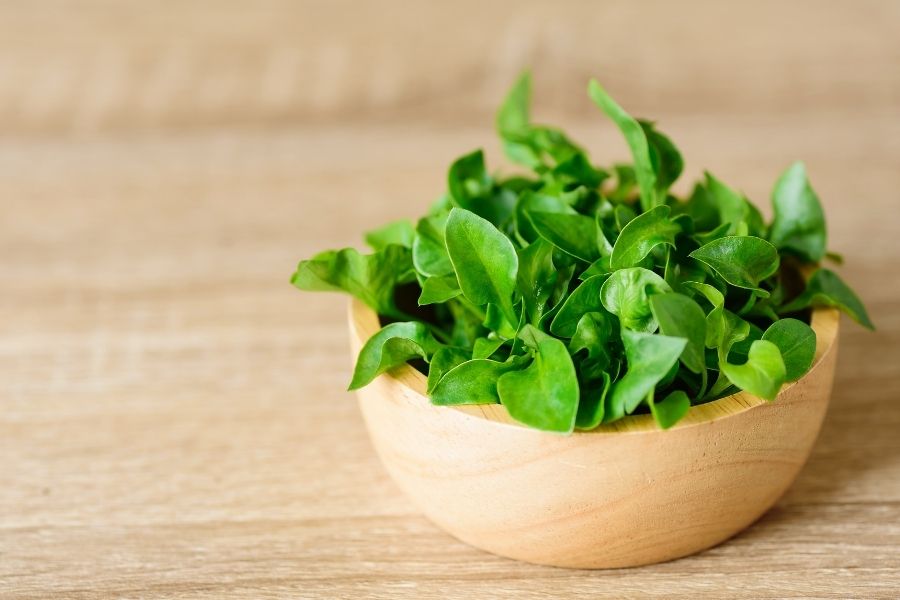 Spinach is a very different flavor than arugula, that’s true, but it’s also one of the most common substitutes for arugula if you have nothing else. For one thing, it can grow into big, dark green leaves without changing its flavor too much. It has absolutely not bitterness but it may remind you of B vitamins here and there. It benefits from a sprinkle of garlic and cream, always.

Basil has a strong flavor and you may not want to use just basil in a salad. It’s got a wonderful flavor that is nothing like arugula, in that it’s not bitter but it’s very perfumed, herby, and overall pleasing. It may remind you of the mint herb as well. Again, basil is meant to be used more as an accent, much like arugula.

If flavor is not an issue, use any leafy green

If you’re not trying very hard to replicate a certain flavor, or specifically arugula’s flavor, you can just use any leafy green you have on hand. For example if you were just looking to add a bit of green to a food, you can use any piece of lettuce you can find and like.

Butterhead, romaine, Chinese lettuce, bok choy, iceberg, anything at all will do. These are especially useful if trying to dress a platter for another food. Like if you’re serving a place of mini sandwiches, a bed of lettuce always looks amazing.

Can you cook arugula ?

Yes, you can cook arugula and it becomes a slightly milder flavor. Simply heating it will not dull the flavor, but actively cooking it for several minutes will change the flavor a little, leading to a little less bitterness.

This means you can easily throw in some chopped arugula when cooking spinach, or just add it to a sour (creamed or not), or anything you like. Just remember that arugula wilts when heated, so you should chop it a little so it doesn’t hang from your fork.

How do I use leftover arugula ?

Leftover arugula can be use in many ways, since it goes with almost anything. Some of the best arugula pairings are cheese, deli meats, and starchy foods.

So for example adding some chopped arugula into a scalloped potato recipe will instantly change the flavor into something a bit more herby and delicious.

Or you can make some arugula, dill, and sour cream salad to serve with some baked potatoes and roast chicken. Mayne add some fresh arugula on top of a freshly baked pizza ? Or serve it on the side with olive oil and some feta.

Think of arugula as the perfect cross between a leafy green that can add some color, and a delicious flavor to enhance your food. This way you can go in many directions, including some nice stews with finely chopped arugula, or arugula pesto, or add arugula to a turkey stuffing, maybe ?

Why is arugula sometimes bitter ?

Arugula is a little bitter to begin with, and it can be very bitter once it becomes older. This means the leaves have grown over 4 inches long, and you run the risk of the arugula plant producing flowers. Once it does so, the leaves become very bitter and there is no point in harvesting them.

If you’re at the market and picking up a bag of arugula, try and get the baby arugula. These are the smaller leaves, about 2 inches long, and they’re very delicate. Not only are they easier to eat, they’re also better in flavor since there is less bitterness in them.

And in case you’re growing your own arugula at home, keep in mind your plant may develop faster than commercial ones. This means you may have to keep a close eye on it and harvest it sooner rather than later. In case of a heatwave, harvest the leaves before, otherwise the heat can trigger flowering (otherwise known as bolting).

And that’s pretty much it about arugula substitutes. You can find quote a few herbs that will get you a similar flavor, even if it’s not the exact same thing. Your best bet is dandelion leaves, But like arugula, the smaller the leaves the better the flavor and the less bitter they are.