Most fruits are indeed round, but for sure, there are many of them that are not round.  So which fruits aren’t round ? We thought we’d take some time to do some research to answer this question properly.

It can be hard to list all of them here because there are a lot of exotic fruits we know nothing about, and it is also hard to research those. We’re not sure who would need this list, but it’s here for you.

We’ll do our best to list the most popular and easy-to-find fruits that just so happen to not be round. 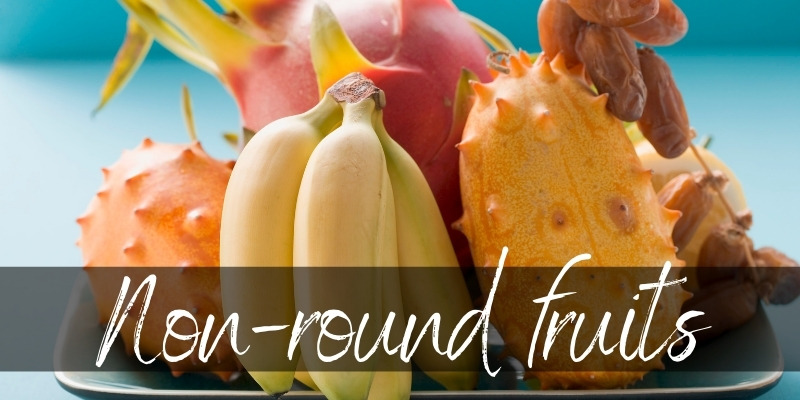 Fruits that are not round

Those are the most popular 13 fruits that are not round, but there are a lot more of them like: Feijoa(that is almost round), Jackfruit, Kiwano, Papaya, Cherimoya, Tamarillo, etc.

Also, there are a lot more fruits than you may first think are vegetables:

For sure, you can include those at fruits as well, but we will not count those as the most popular ones. They aren’t what comes to mind when you ask yourself what fruits are not round.

Not only are some fruits not round, but the shapes they’re in are truly weird. Definitely not something you’d think of, after seeing the most common round fruits. So let’s take a look at the oddly shaped ones too.

We talked a bit about fruits that are not round. But there are a lot of weird shaped fruits that make it hard to imagine how they grow. So let’s go a bit through those fruits:

Kiwano Melon is one of them

This fruit has an interesting shape from the outside, but it is really interesting on the inside too, with its dark green color and its jelly like texture.

Think of it as a cross between a cucumber and an orange. A long, oval, spiky orange that has green cucumber seeds on the inside. 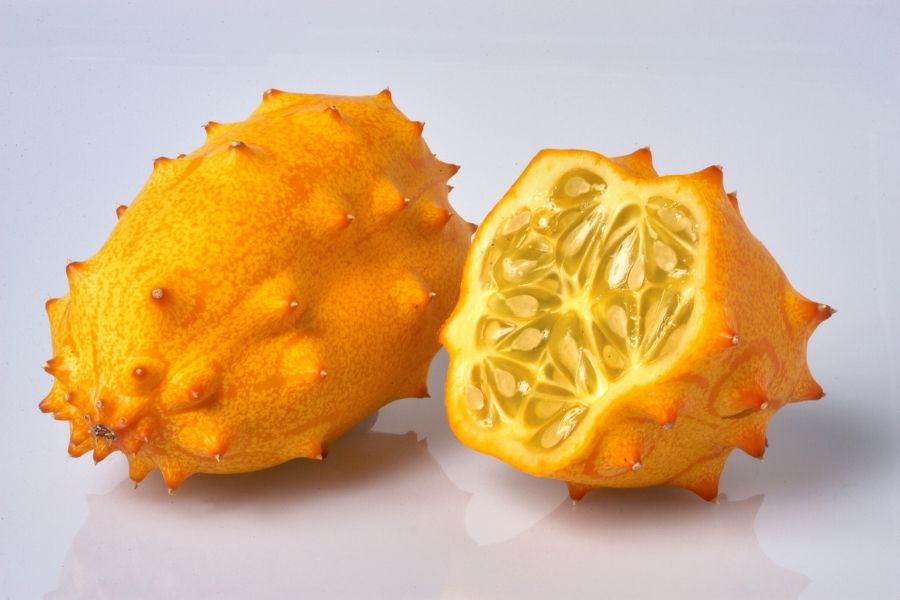 Dragon fruit is a really nice looking fruit outside and inside. It comes in different colors. outside as well as inside. It’s an oval fruit, with spikes going up the fruit, culminating into a bunch of green spikes and leaves that remind you of pineapple.

The yellow one has a slightly different shape from the outside compared to the other types, since its skin does not have spikes, Instead, it has diamond shaped growths, even more like a pineapple.

This fruit is more than interesting with its heart shape and big black seeds inside and white flesh. It looks like a scaly apple, with the scales going downwards and it’s always green.

You have to be very careful with this fruit since the skin and seeds are toxic to the human body.

With this fruit, I think it is not very hard to describe its shape since it is in the name. Star fruit is a yellow, elongated, 5 section fruit. When you cut it across, it has a star shape (shocking, we know), and you can consume it entirely.

This makes the fruit very convenient and easy to eat. Also, if you slice it, you can use it to bring a more interesting look to your plate with a few mini stars here and there.

We will be honest here and tell you that we needed to research this to come up with this many exotic fruits. Western fruits are very common, so coming up with a list of less known exotic fruits was challenging.

So we found a lot of them in this foodfornet article.

For this one as well as the star fruit, the name/nickname tells you a lot about the shape. In this case, it is more about the fruit’s inside, which makes the fruit interesting.

It has a white color with a fluffy texture that looks like ice cream.

We’ve heard about this fruit before, since it’s one of the weirdest possible citrus fruits out there. As the name implies, it looks like a hand, but it has much more than 5 fingers. To be honest, it looks a lot like a yellow octopus.

It is mostly used for ornamentals, not for eating due to its weird shape. It belongs to the citron family, but it doesn’t contain pulp or juice like many other citrus fruits.

The shape is more oval than round. The outside looks a lot like when you cut off the outer part of a pineapple, with small circles dotting it at intervals. It’s light green and white.

You can’t confuse this fruit with a regular apple by any means, but it is still called rose apple. Its shape and inside look it is more like a pear, but the taste when the fruit is ripe is close to a regular apple.

Salak is a palm tree with this really interesting fruit that grows in groups at its base. The fruit reminds you of a scaly chestnut. It’s mostly found in Indonesia, so, for this reason, it is not well known in other places. 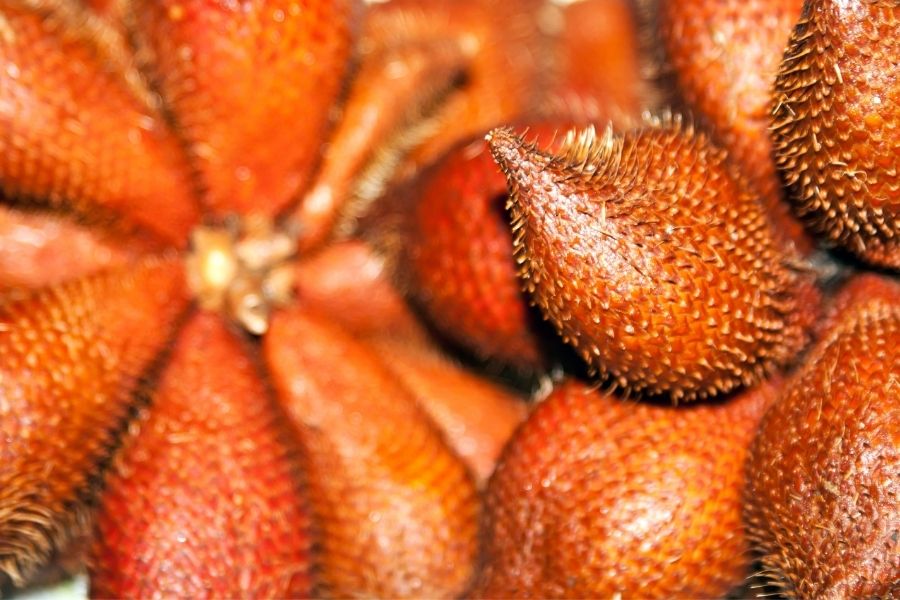 The fruit is also called “snake fruit” due to its scaly outside look. For sure, many other exotic fruits are not round, but we tried to give you a few that for me are unique.

We hope that with this article, we clarified the question about fruits that are not round. Most are round, yes, but as you can see there are some really interesting ones that aren’t round.

We’re sure that if you want to find more, you can find them very easily, but we think we gave you a good starting point to do further research. Good luck!